The Directors of Photo London followed up on 2016’s Pavilion Commission from Wolfgang Tillmans by inviting the legendary photographer and filmmaker William Klein to develop a new 18-metre mural for the temporary exhibition space located at the heart of Somerset House. Using pictures from Vogue, his Fashion and Light Drawings series, and his 1966 film Who Are You, Polly Maggoo? the Commission was presented in association with HackelBury Fine Art, who also exhibited at the Fair and hosted a very successful book singing with William Klein.

A legendary figure in both photography and film, with a career spanning over half a century, William Klein first created and exhibited his Mural Projects in Milan in 1951. Originally conceived as large-scale architectural painted panels, in 1952 they inspired Klein’s earliest experiments with photography. When first exhibited in Paris in 1953 they led directly to his invitation to work for Vogue in 1954. The rest, as they say, is history. 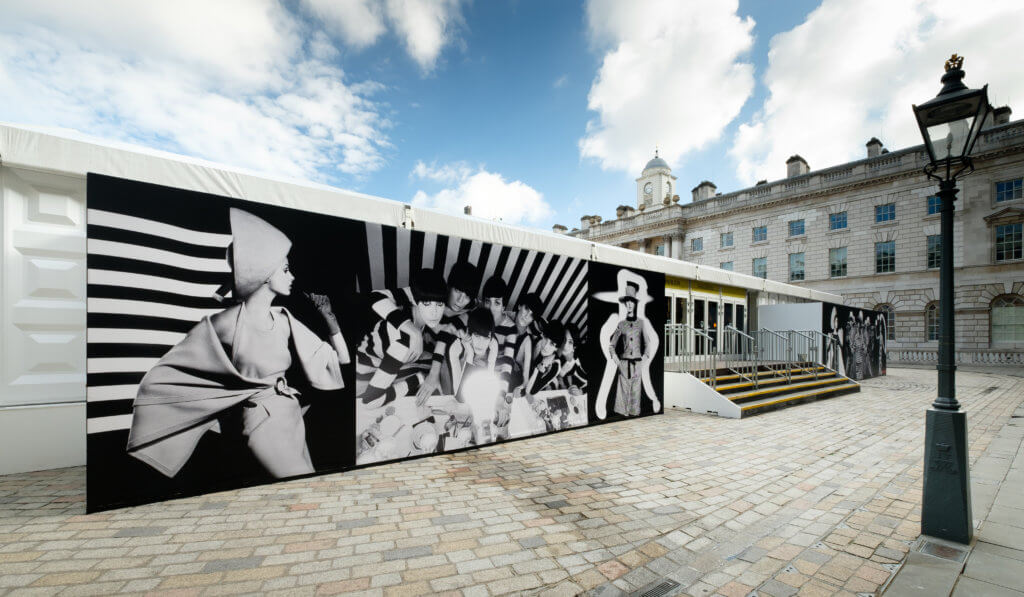 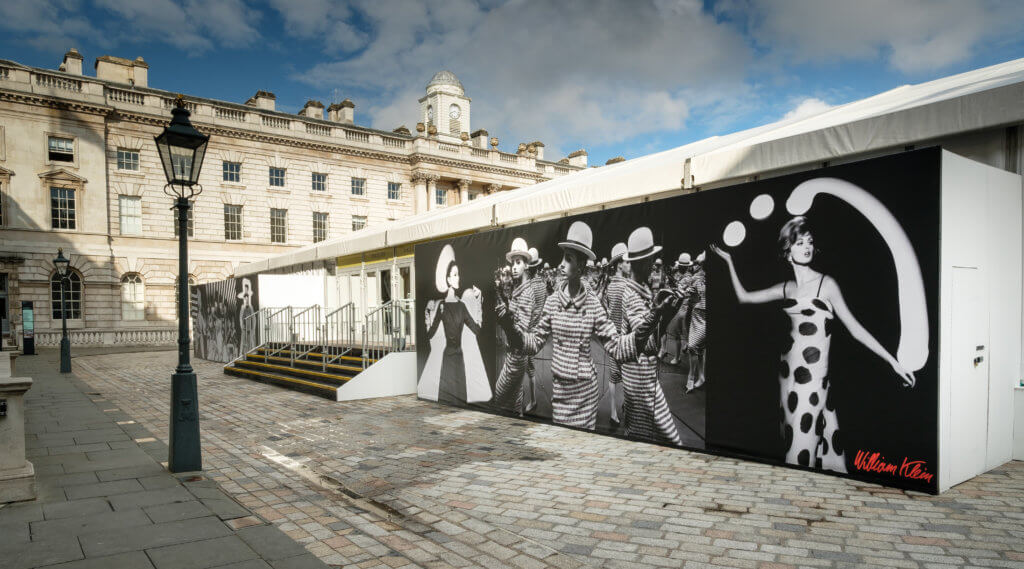 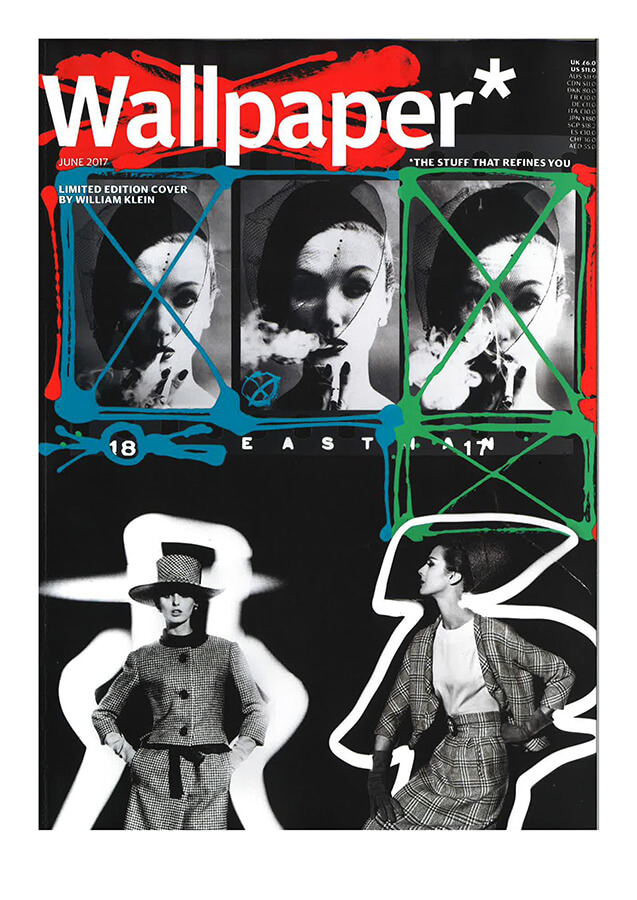 To celebrate Photo London’s Pavilion Commission, the June 2017 issue of Wallpaper* magazine features a wonderful interview with Klein, who discusses how his murals came about: “It goes back to my painting. I was always thinking about scale and space – the architecture of display. Today, of course, it’s quite easy to make images any size you want and print them on different materials. In a recent show inside the cathedral in Rouen, France, I had my abstract photographic images printed on fabric, hanging like banners in the middle of the space. And during the week of Photo London, there will be two 9m murals in the courtyard of Somerset House.” This special limited edition cover for the issue by Klein is only available to Wallpaper* subscribers.