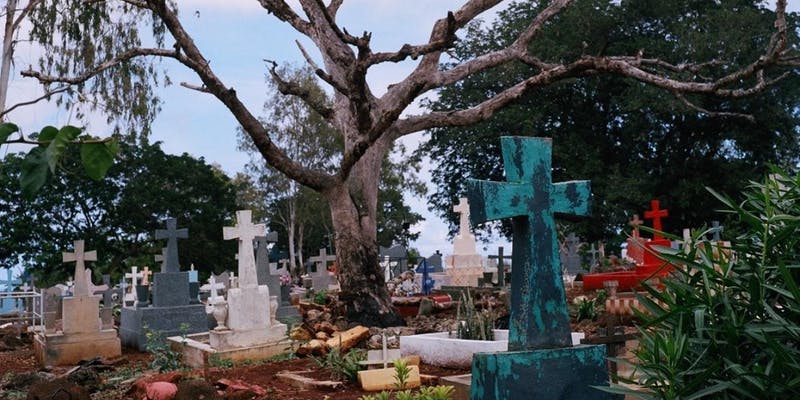 Artsy and Photo London present Africa’s Most Popular Medium? Photography in Contemporary African Art, a panel discussion with Shiraz Bayjoo, Tamar Garb and Jessie Cohen, moderated by Artsy Strategic Partnerships lead, Sureyya Wille. The panel will discuss the increased use of photography in contemporary African Art, with a focus on how the medium is shaping the narrative and visual representation of the African continent. Drinks will be served upon arrival!

Shiraz Bayjoo is a Mauritian artist based between London and Mauritius, his practice explores the social, political and historical conditions integral to Mauritian cultural identity and the wider Indian Ocean region. Often using photographs and artefacts from public and personal archives, culminating in a multidisciplinary practice of video, painting, photography and sculpture. His practice considers the formation of collective identity and nationhood through the entangled legacies of European colonialism, and their relationships to slavery and indentured labour.

Bayjoo studied at the University of Wales Institute, Cardiff and was artist in residence at Whitechapel Gallery during 2011. He has exhibited at Tate Britain and Institute of International Visual Arts, London; 14th Biennale of Sharjah; 13th Biennale of Dakar; 21st Biennale of Sydney; and is a recipient of the Gasworks Fellowship and the Arts Council of England. His work is represented in public and private collections both in Europe and Asia. Bayjoo is a founding member of the artist collective The Working Collection with Brook Andrew and Rushdi Anwar.

Tamar Garb is Durning Lawrence Professor in the History of Art and Director of the Institute of Advanced Studies, UCL. Her research interests have focused on questions of gender and sexuality, the woman artist and the body in nineteenth and early twentieth century French art and she has published extensively in this field. Key publications include Sisters of the Brush: Women’s Artistic Culture in Late Nineteenth Century Paris (Yale University Press, 1994); Bodies of Modernity: Figure and Flesh in Fin de Siecle France, (Thames & Hudson, 1998) and The Painted Face, Portraits of Women in France 1814 -1914 (Yale University Press, 2007). Her interests have turned recently to post-apartheid culture and art as well as the history of photographic practices in Africa. In 2008 she curated an exhibition on Landscape and Language in South African Art entitled Land Marks/Home Lands; Contemporary Art from South Africa at Haunch of Venison Gallery in London. In April 2011, her exhibition Figures and Fictions: Contemporary South African Photography opened at the Victoria & Albert Museum, London.

In 2013 she curated Distance and Desire: Encounters with the African Archive for the Walther Collection, Ulm, Berlin and New York.

Jessie Cohen is Head of International Communications at Goodman Gallery – South Africa’s pre-eminent contemporary art gallery, bringing photographers David Goldblatt, Mikhael Subotzky and Jabulani Dhlamini to the world’s attention. Before taking up a publicist role at Goodman Gallery, Jessie worked at the Mail & Guardian as a gender and arts correspondent and at David Krut Projects as an in-house writer. Recent published work include an in-depth piece looking at David Goldblatt’s Structures (Student Protests) series – his final body of work before his death in June 2018, published in the Jewish Quarterly. In 2017 she was dubbed one of ‘10 womxn blazing trails across Africa’s art scene’ by the award-winning online platform Between 10 and 5. For her Masters in Gender, Sexuality & Culture (University of Manchester), Jessie moved to South Africa during the Oscar Pistorius trial where she examined the demise of white hyper-masculinity in a post-apartheid, post-Truth and Reconciliation, post-‘Rainbow nation’ context. In 2014 Jessie worked at the weekly drop-in at the historic Pankhurst Centre in Manchester to produce a photographic portraiture project, which was exhibited at the People’s History Museum on International Women’s Day and was published in How Does the History of Feminism Inspire Current Thinking in Manchester: Suffragette Legacy (2015).

Specializing in contemporary art from Asia and the Middle East,Sureyya Wille has worked with auction houses, galleries and internet platforms promoting these emerging markets. Within the Global Strategic Partnerships team at Artsy in London, she partners with some of the world’s most noteworthy art fairs, gallery weekends and gallery associations, to innovate how art is shared and collected. Her work seeks to make art accessible to the rapidly growing audience of the digital age.