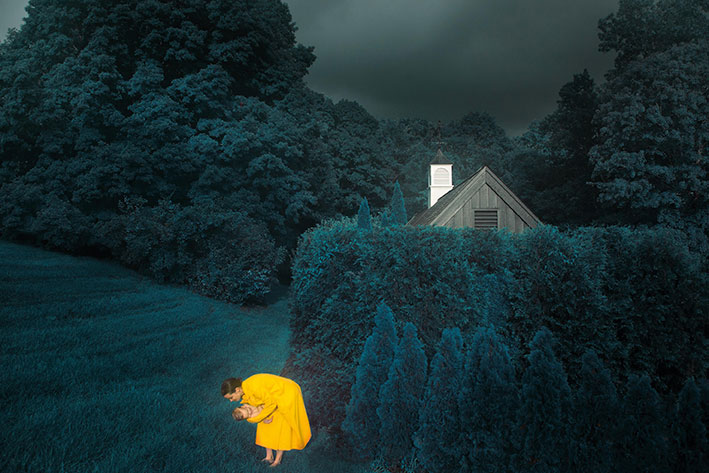 Erik Madigan heck, from ‘The Garden’. © the Artist

‘The Garden’ is an ongoing body of work depicting Heck’s wife and two young sons in a variety of richly colourful surroundings. The photographs draw upon Catholic iconography and other mythic pictorial traditions to develop a colour-based narrative evocative of spiritual archetypes and the processes of dissolution and rebirth. Completing its aesthetic fantasy through lavish clothes, gestures of dreamlike poignancy, and an Edenic environment, ‘The Garden’ expresses the supramundane innocence and spontaneity that art makes possible—a life lived in the direct, immediate experience of beauty.

Shot predominantly at the family’s home in New England, the series initially elicits comparisons with other contemporary photography confronting family life, such as Sally Mann’s ‘Immediate Family’. But though the subjects of Heck’s photographs are ostensibly his family, ‘The Garden’’s real subject matter is colour and the aesthetic possibilities of photography to create what it captures.

The book ‘The Garden’ is part of a larger artistic project by Erik Madigan Heck that also includes a music vinyl and 2 perfumes. ‘Safe Passage’ (Dekmantel Records, 2021) is a musical and visual-art collaboration between Erik Madigan Heck and Dutch musician Frits Wentink (b 1985), consisting of classical, choral, and electronic music in three movements, composed and written by Wentink and directed by Heck. Throughout the album’s journey, Tilda Swinton serves as a spiritual guide, interjecting whispered fragments of Heck’s poetry between songs. The poems are never read in their totality, but are broken up into lines that usher us from one phase of the album to another. The vinyl release – also a limited edition of 1000 copies – features a 40 page booklet of additional photographs and paintings, and the album is accompanied by remixes from Matthew Herbert, The Soft Pink Truth, BvDub, and East of Oceans. The two Fragrances – ‘The Garden’ and ‘Safe Passage’ – have been created by Heck with Les Eaux Primordiales, France. 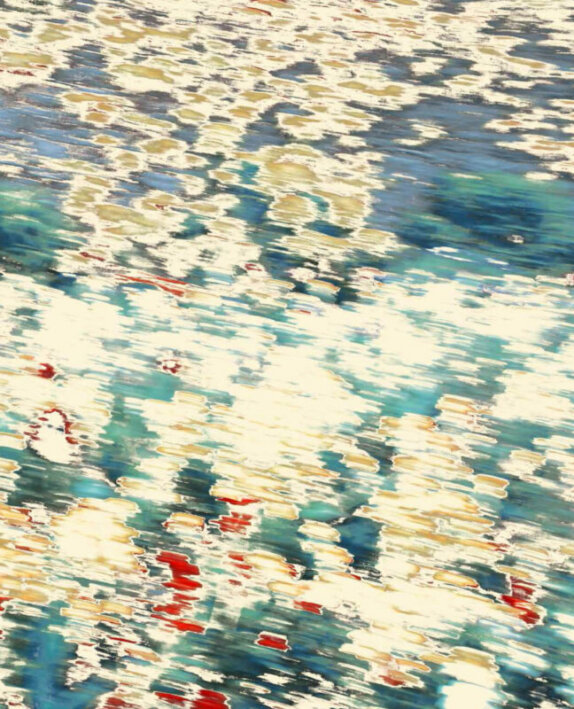 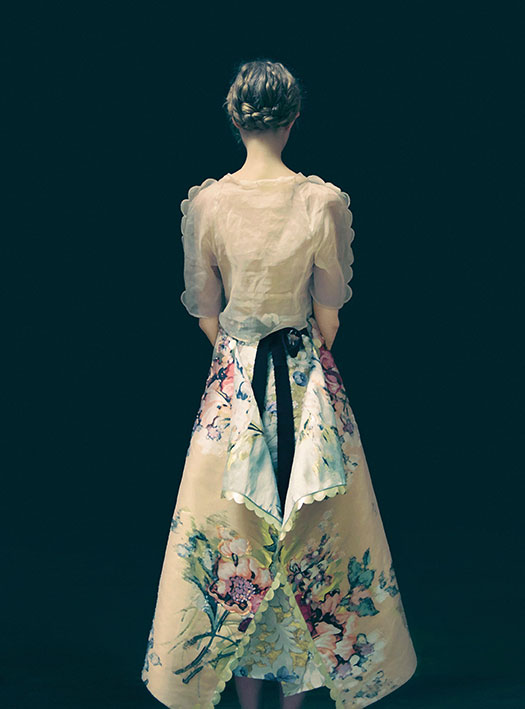 Erik Madigan heck, from ‘The Garden’. © the Artist. 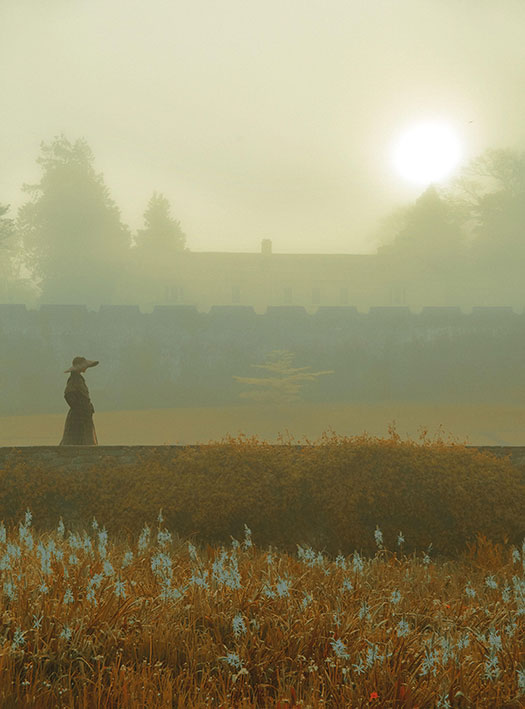 Erik Madigan heck, from ‘The Garden’. © the Artist