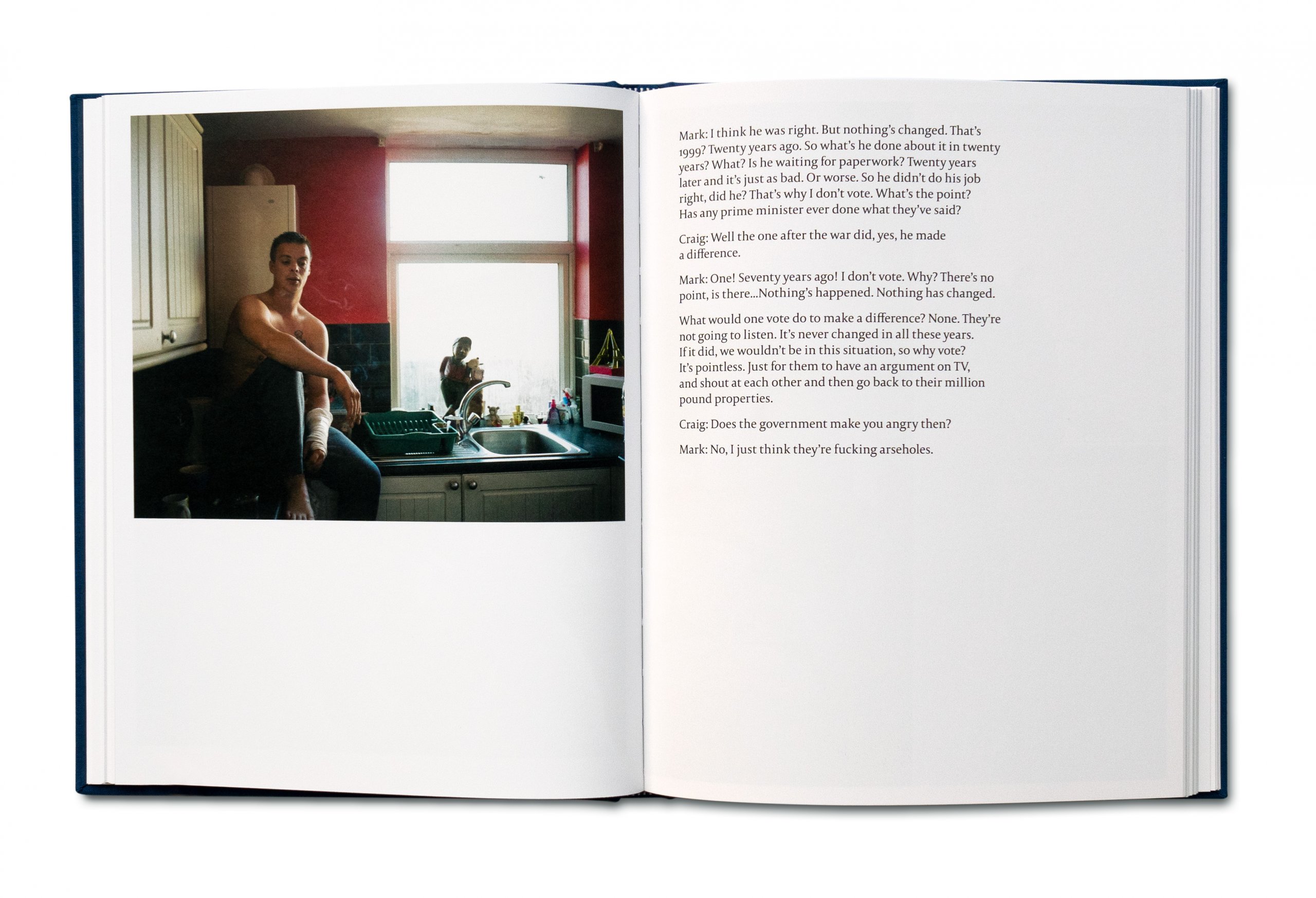 As we now expect from award-winning photographer Craig Easton, this book is a powerful statement with images deeply rooted in the documentary tradition.

A long-term project following the hardships faced by three generations of the Williams family, Thatcher’s Children shows the intergenerational nature of poverty in Britain. Easton first met the Williams while on assignment in the early 1990s when they lived in a two-bedroom council house in Blackpool. 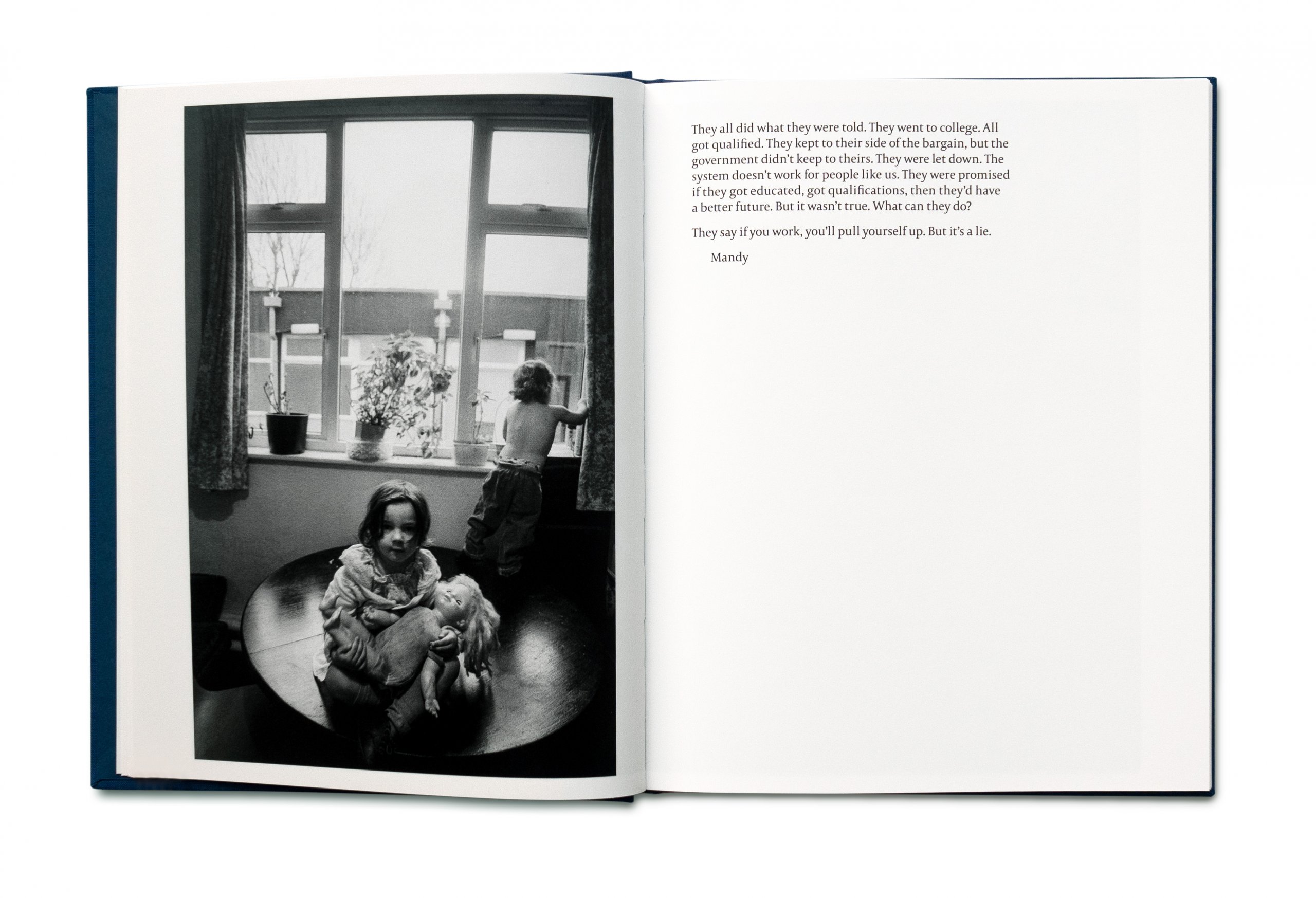 Responding to a speech made by then Secretary of the State for Social Security Peter Lilley, who declared his determination to ‘close down the something-for-nothing society’, Easton embedded himself within the family, documenting how their daily lives were impacted by housing insecurity, a convoluted welfare state, and the disconnect between policymakers and poorer citizens. The resulting black & white photographs are incredibly moving. 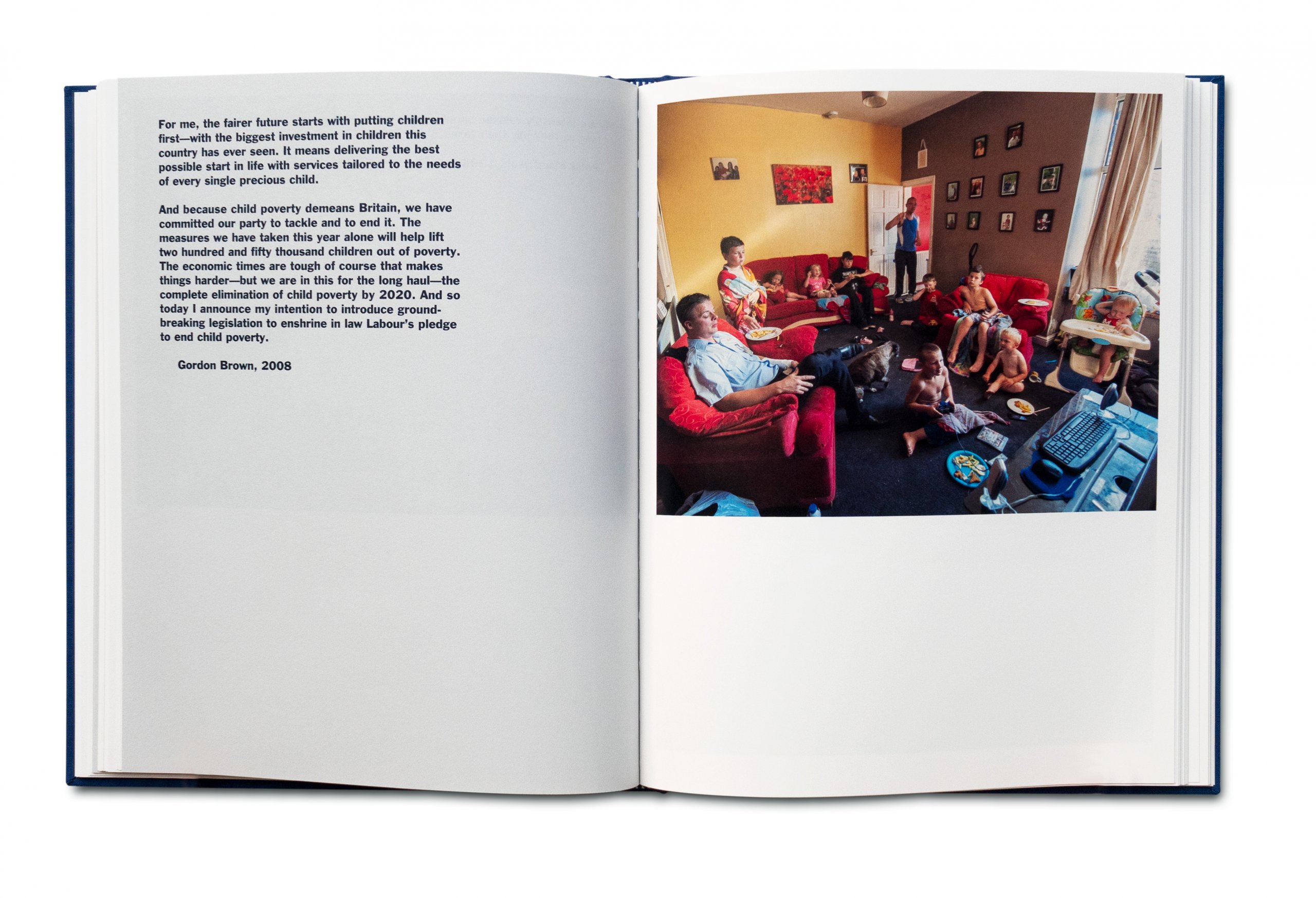 In 2016 Easton reconnected with the family, initially to share his photographs. Seeing they were trapped by perpetual poverty, he wanted to revisit the project. Shifting to colour, he photographed the five siblings – now adults in their 20s and 30s – who were spread across hundreds of miles and had 20 children between them. Capturing the inner-fabric of their everyday lives, we see the Williams’ shopping at the supermarket, watching television, attending weddings and the next generation of children playing. 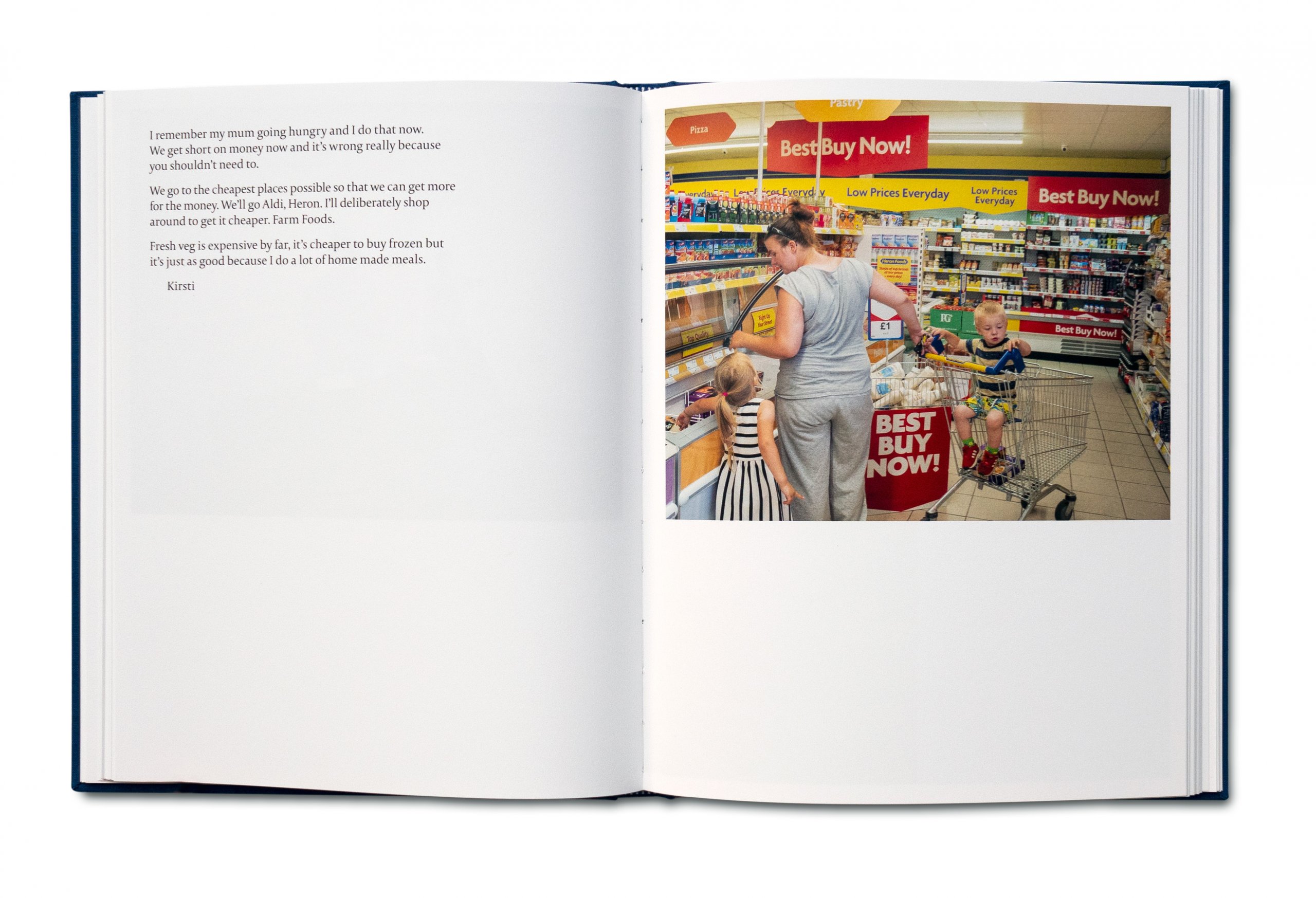 Speaking about his work, Easton says: ‘My job is to shine a light into dark corners. And I want to hold people to account for what I find there.’ Affirming the lives affected by economic disparity through his commitment to share their stories, Easton’s ambitious project is a triumph. Text written by award-winning journalist Jack Shenker, other elements adding to the power of the book are the juxtaposing quotes from politicians with the family.

Selected works from the series are on show at Open Eye Gallery, Liverpool in Easton’s solo show Is Anybody Listening? Open now to 26 February before touring the UK. More details can be found here.

A donation of 20% of proceeds from sales or pre-orders of the book purchased directly from www.gostbooks.com will be donated to The Trussell Trust. 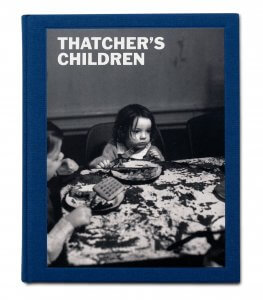