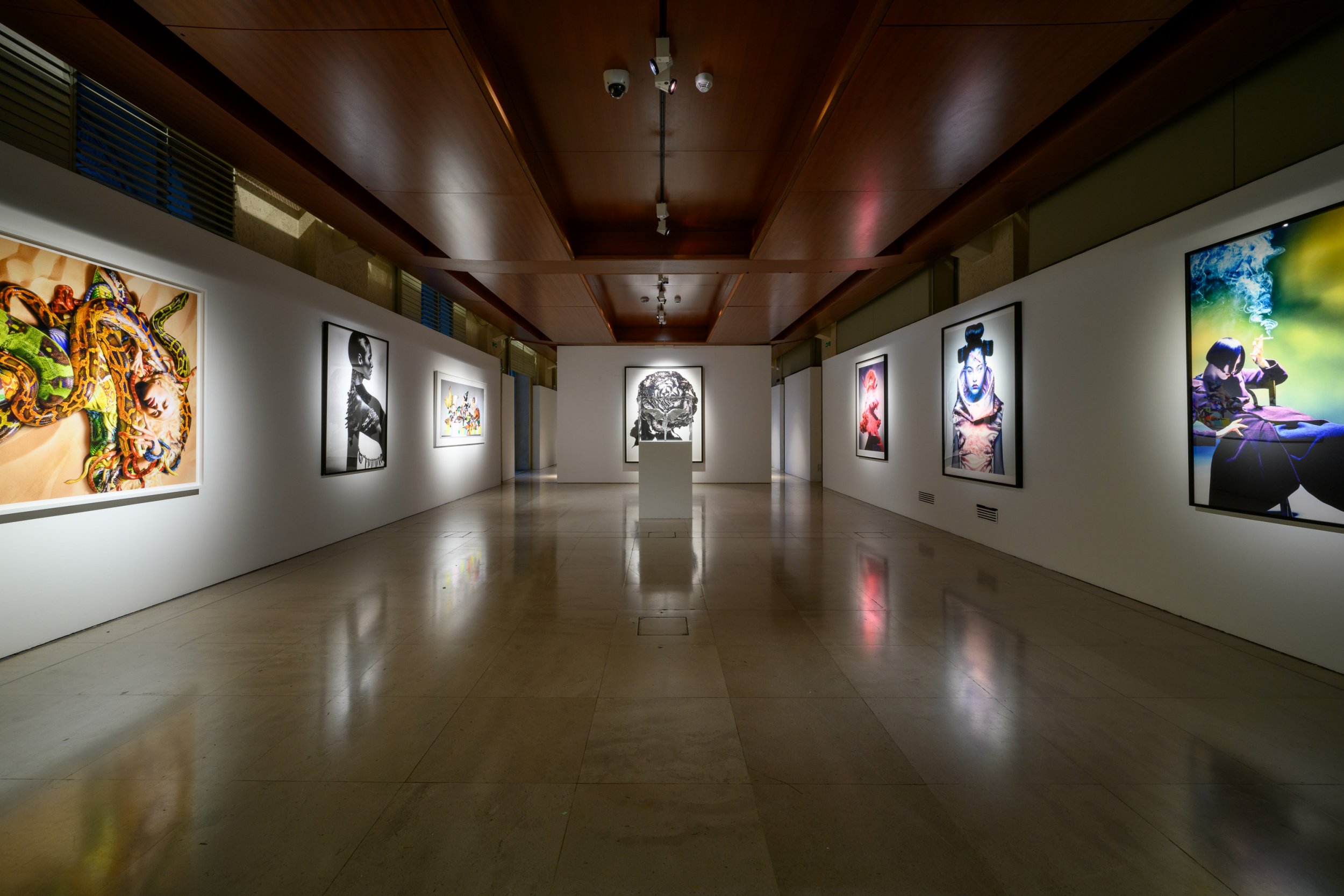 This year’s Master of Photography Nick Knight presented an exhibition of key works at Photo London that spanned the length and the breadth of his extraordinary career from the 1980s through to new pieces. Encompassing fashion, portraiture, still life, landscape and nude — across photography, film, painting and sculpture — the exhibition was an invitation to consider new ways of looking at the world.

For more than four decades Knight has been at the forefront of creativity in photography, constantly pushing the medium’s limits to explore its expressive potential. Renowned as one of the world’s most visionary and influential photographers, Knight has always challenged conventional ideals of beauty through images that are both transgressive and poetic.

His collaborations with designers, choreographers, editors, models and musicians inscribe a universe that is both dreamlike and revelatory, while his landscapes and still life images of the past decade aim to rewrite the processes of photography. It’s an oeuvre that is in dialogue with art history while being driven by the newest technological possibilities and a sensitivity that celebrates the now and the future. 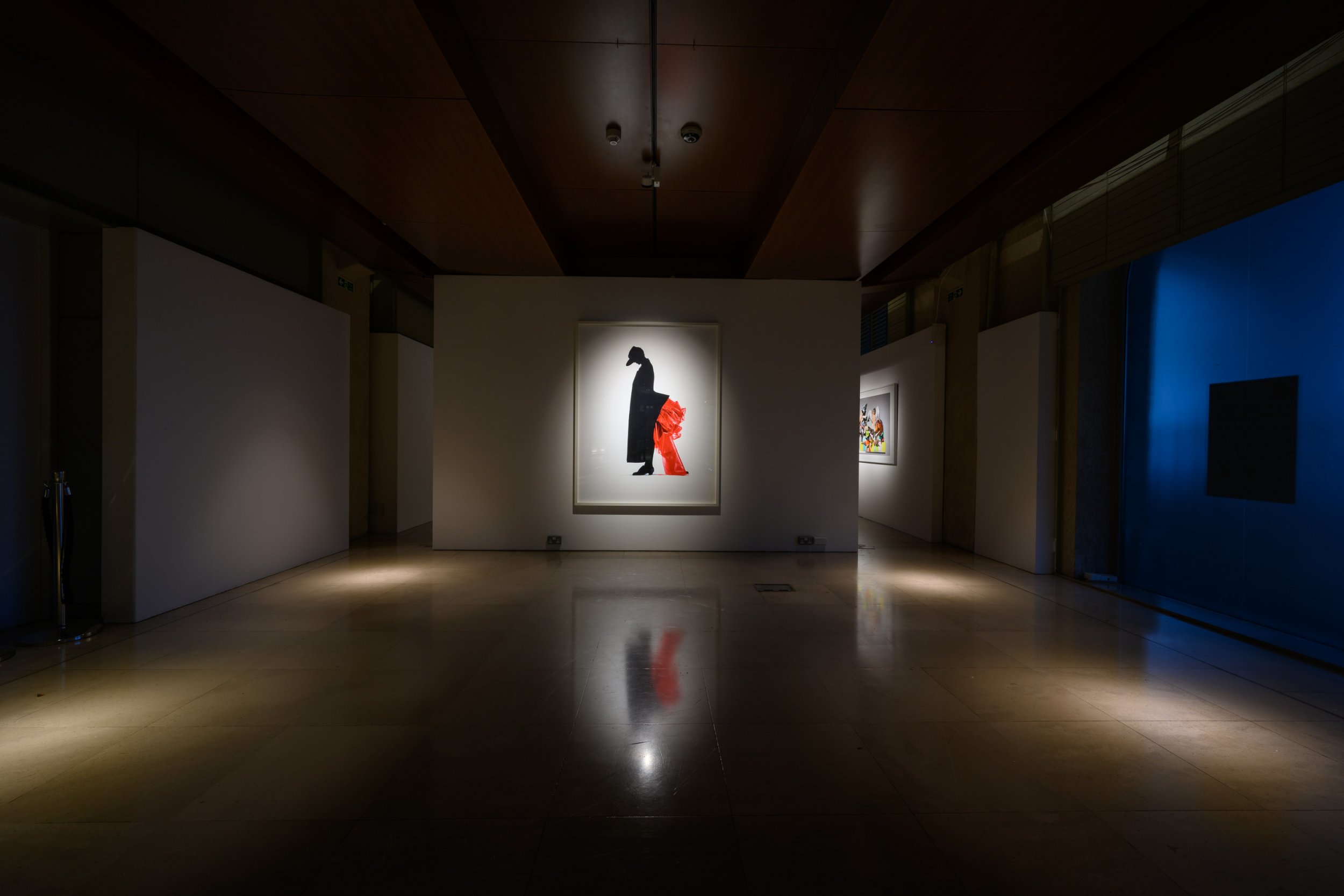 ‘My quest has always been to use photography to show me things I could not see,’ says Knight. ‘Photography has been my passport into life, giving me access to people from all backgrounds and walks of life. The same skill set has allowed me to create films, sculptures, and now even virtual versions of our world and ourselves. From politics to AI, I have been able to use the voice that photography gave me to present a vision of our future and find new ways of seeing the world. I would like to use this occasion to demonstrate my enthusiasm for the future of image-making, and how incredibly important it is to realise it’s our purpose to show the world not just who we are but also who we want to be.’ 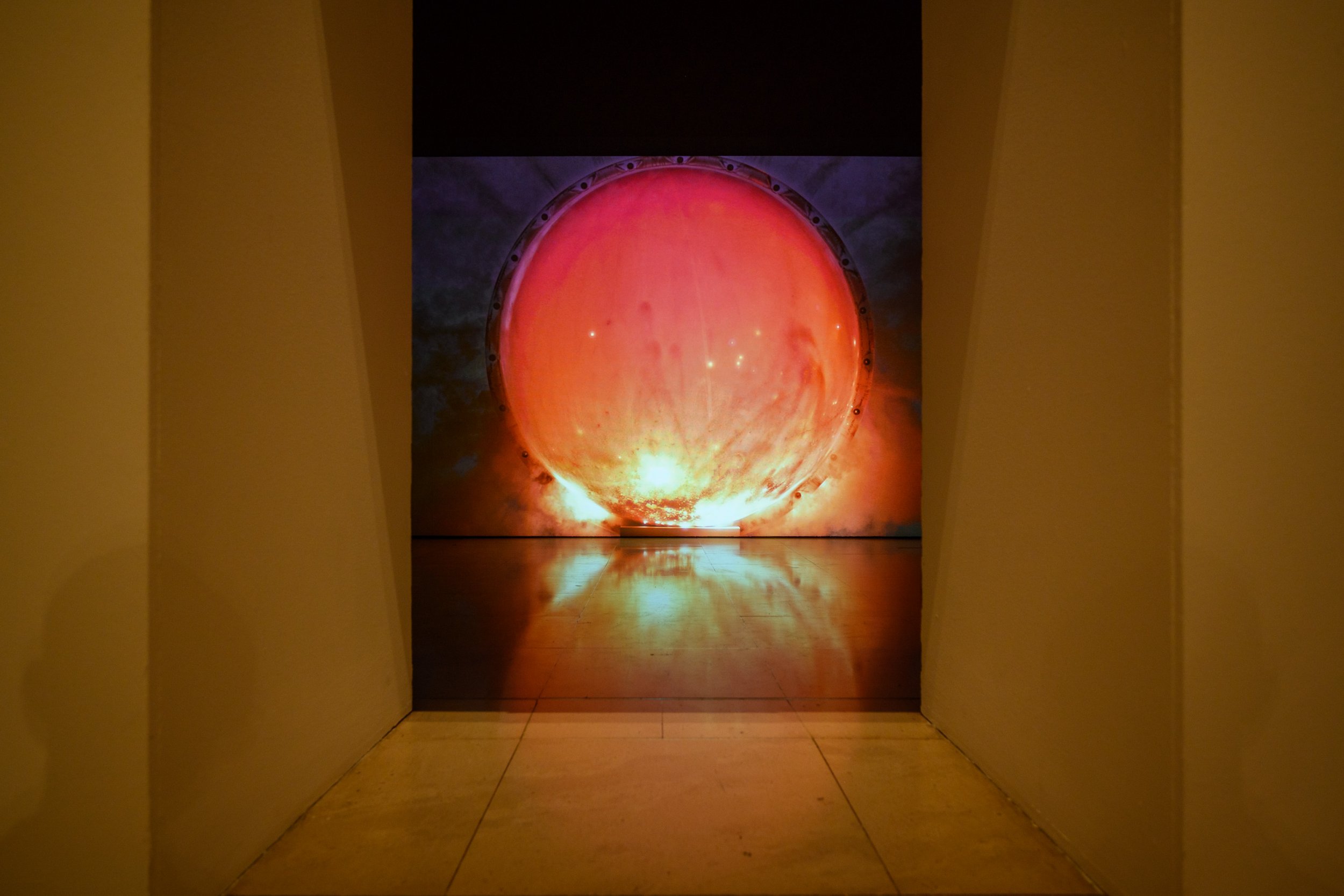 On display at Somerset House, Embankment East Gallery were iconic fashion photographs from the ’80s, ’90s and 2000s for designers such as Yohji Yamamoto, John Galliano and Christian Lacroix, including the iconic multi-figure image Blade of Light for Alexander McQueen (2004). Also on show were Knight’s rose photo-paintings, a motion image piece plus a vast sculpture featuring female figures created by fusing photography and 3D printing. The impressive centerpiece resembled the intricate figuration of Old Masters, their intertwined bodies summoning a Rubinesque sensibility. 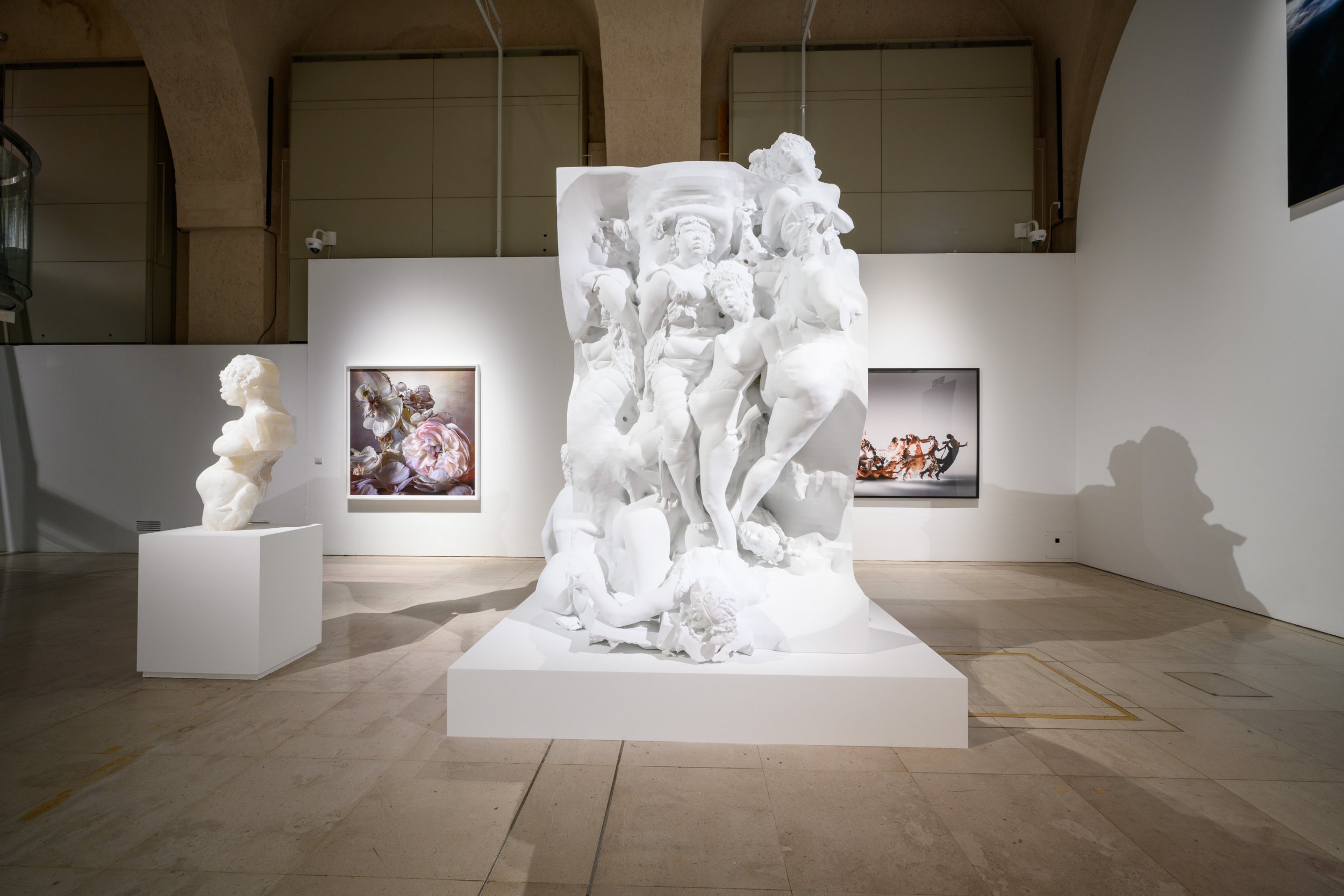 Speaking about the piece, Knight says: ‘My fascination with sculpture comes from what traditionally sculpture represents for society — who is made into a sculpture and what that says about our values. Fashion is almost by definition transient, whereas sculpture is permanent and I love the idea of mixing these two dynamics together. The women in this sculpture are representations of beauty and of desire and reflect a new feeling of inclusiveness and broadening of what the fashion world thinks of as “acceptable beauty”  – an attitude that is becoming much more present in fashion. It is something I have repeatedly championed, so I am thrilled to make this shift into something that feels permanent. It feels like a statement and not just a trend.’ 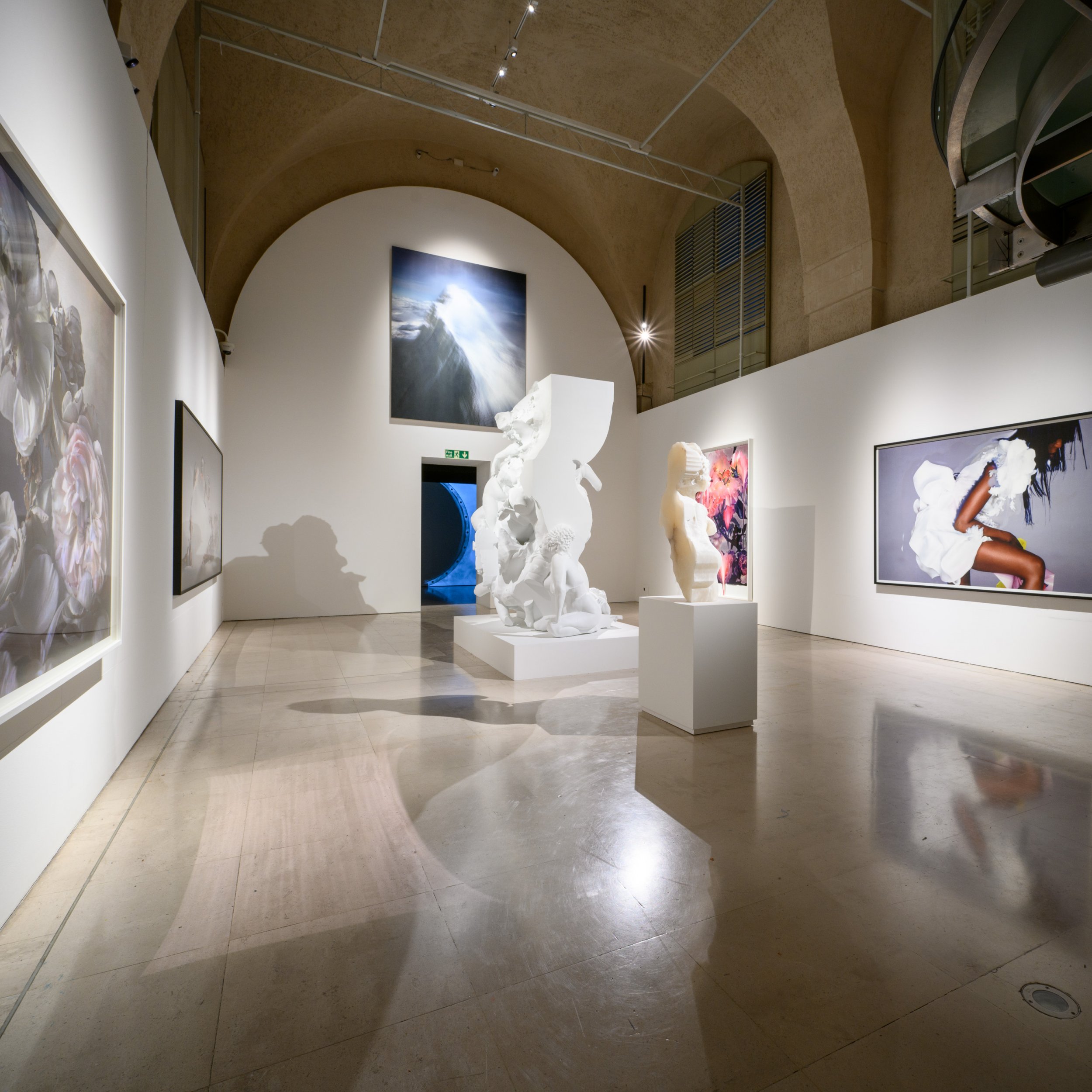 When viewing artworks such as British Birds (2008), Snakes for Alexander McQueen (2009) and Pink Powder, Lily Donaldson wearing John Galliano (2008), we see Knight’s skill in blurring the lines between reality and fantasy. The Roses From My Garden images, for example, were shot on an i-Phone and enlarged, their colours subtly refined by Knight before being printed on treated paper so that rather than being absorbed the inks cling to the surface, much like paint. In The Sound of Light’s Own Destruction II (2017), a film of fireworks exploding within the confines of a sphere, Knight’s manipulations are conceptually orchestrated to comment on how destructive it can be to contain and suppress beauty. Together the works convey an energy that reaches back to the past and through to the future, making Nick Knight: May 2022 one of the most unforgettable Master of Photography exhibitions since the Fair inception seven years ago.

Speaking about his experience at this year’s Fair, Nick Knight says: ‘I am thrilled that Photo London continues to celebrate and champion photography, as this wonderful art form has been my passport into life. It was such an incredible honour to be the recipient of the Master of Photography Award from Photo London and I am immensely proud to be included in such an illustrious group of artists who have been awarded this accolade in previous years.’