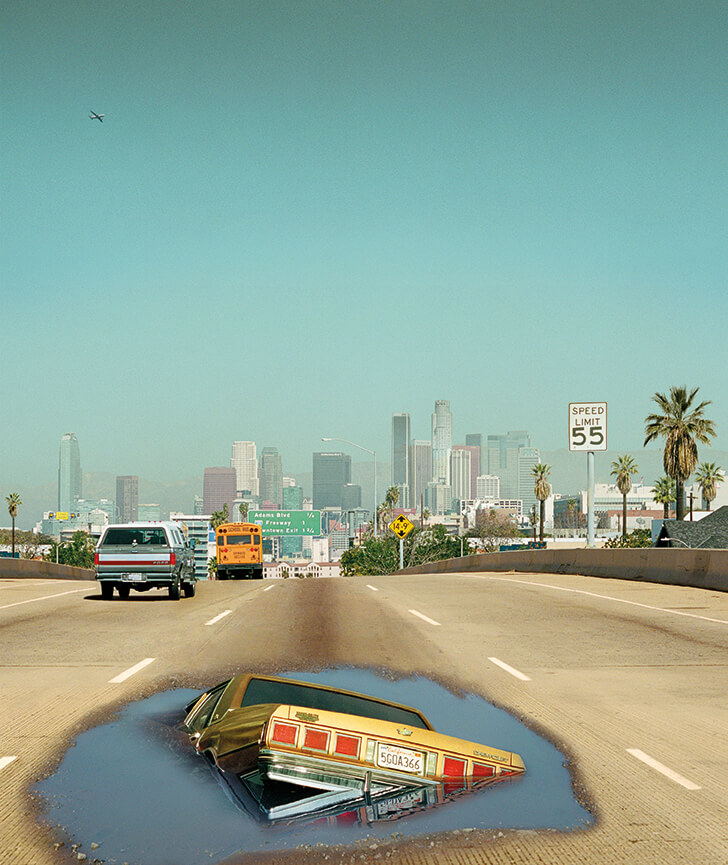 Alex Prager is one of the truly original image-makers of our time. Working fluidly between photography and film, she creates large-scale projects that combine elaborately built sets, highly staged, complex performances and a cinematic aesthetic to produce still and moving images that are familiar yet strange, utterly compelling and unerringly memorable.
'Silver Lake Drive' is the first career retrospective of this prolific star. In 120 carefully curated photographs, it summarizes Prager’s creative trajectory and offers an ideal introduction for the popular ‘breakout’ audience who may have only recently encountered her work. It presents the very best images from her career to date: from her early distinguished photographic series, her early 'Film Stills' with collaborations alongside notable actors like Bryce Dallas Howard in 'Despair' to the tour de force of 'Face in the Crowd' starring Elizabeth Banks and her 2015 commission for the Paris opera 'La Grande Sortie'.
Back to all events
X
X