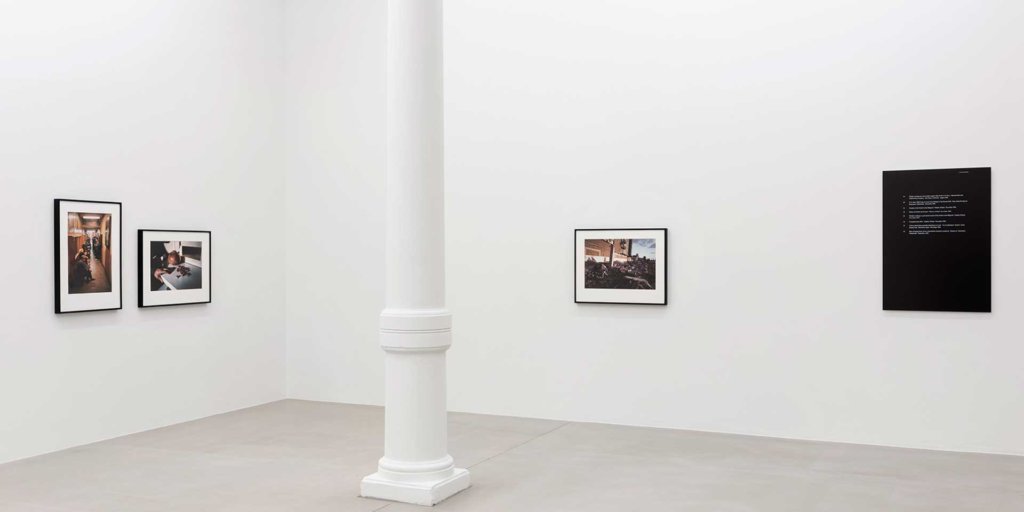 Marian Goodman Gallery London is delighted to present an exhibition of works by the late American artist Allan
Sekula (1951-2013), curated by Marie Muracciole. The presentation will bring together a selection of significant works,
highlighting the formal and conceptual links between different periods of the artist’s practice, including photography,
film and criticism.

This exhibition focuses on the photography of artist Allan Sekula (1951–2013), who was also a writer, a filmmaker, a
theoretician, and a teacher. From his student days in the 1970s at the University of California, San Diego, he witnessed
the economic and social changes that eventually ended up tightly restructuring the global economic situation. Inspired
very early on by critical Marxist theory, his work was consistently engaged without becoming dogmatic; he remained
constantly involved in recording the evolution of the world of labour in the face of globalized capitalism, through series
of photographs relating strongly to facts but also to his critical writings