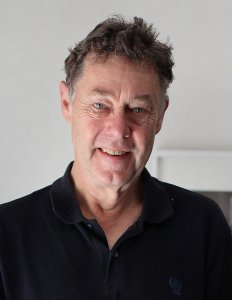 Gerry was born in Northampton, England, and is a photographer, architect, and photographic critic. Among his books are Collecting Photography (2002), The Genius of Photography (2007), The Pleasures of Good Photographs (Aperture, New York, 2010), winner of the ICP Infinity Writer’s Award, 2011, and (with Martin Parr), The Photobook: A History (3 vols., 2004, 2006 and 2014), winner of Deutsche Fotobuch Preis and the Kraszna Krausz Prize in 2007. His first photobook, It Was a Grey Day, pictures of Berlin, was published in 2015. He is currently working on a book on the photographic portrait , and completing photographic projects in Naples, Kentish Town, and New York.

William is a curator, author, and was for many years the director of the Musée de l’Elysée, Lausanne. His fifty years of experience are split equally between North America and Europe. Ewing’s exhibitions have been shown at hundreds of museums world-wide, including MoMA, New York; the Art Gallery of Ontario, Toronto;  the Centre Pompidou, Paris; the Serpentine, Hayward and Barbican Galleries, London; the National Gallery of Victoria, Melbourne;

the Setagaya Museum, Tokyo, and many others. His many books have tackled major themes like the human body, dance, landscape, the flower, and portraiture, and have been published in many language editions. He is currently a consultant with Thames & Hudson, the curator of the Carène Foundation, Switzerland, a guest curator with the Foundation for the Exhibition of Photography, Minneapolis & Lausanne, and the director of The Todi Circle, Umbria. Ewing is an Officer of the French Republic’s Ordre des Arts et des Lettres, and the recipient of the Outstanding Award for Service to Photography given by the Royal Photographic Society. He is currently working on a major survey of the mountain in photography to be published by Thames & Hudson in 2024.
Back to all events
X
X