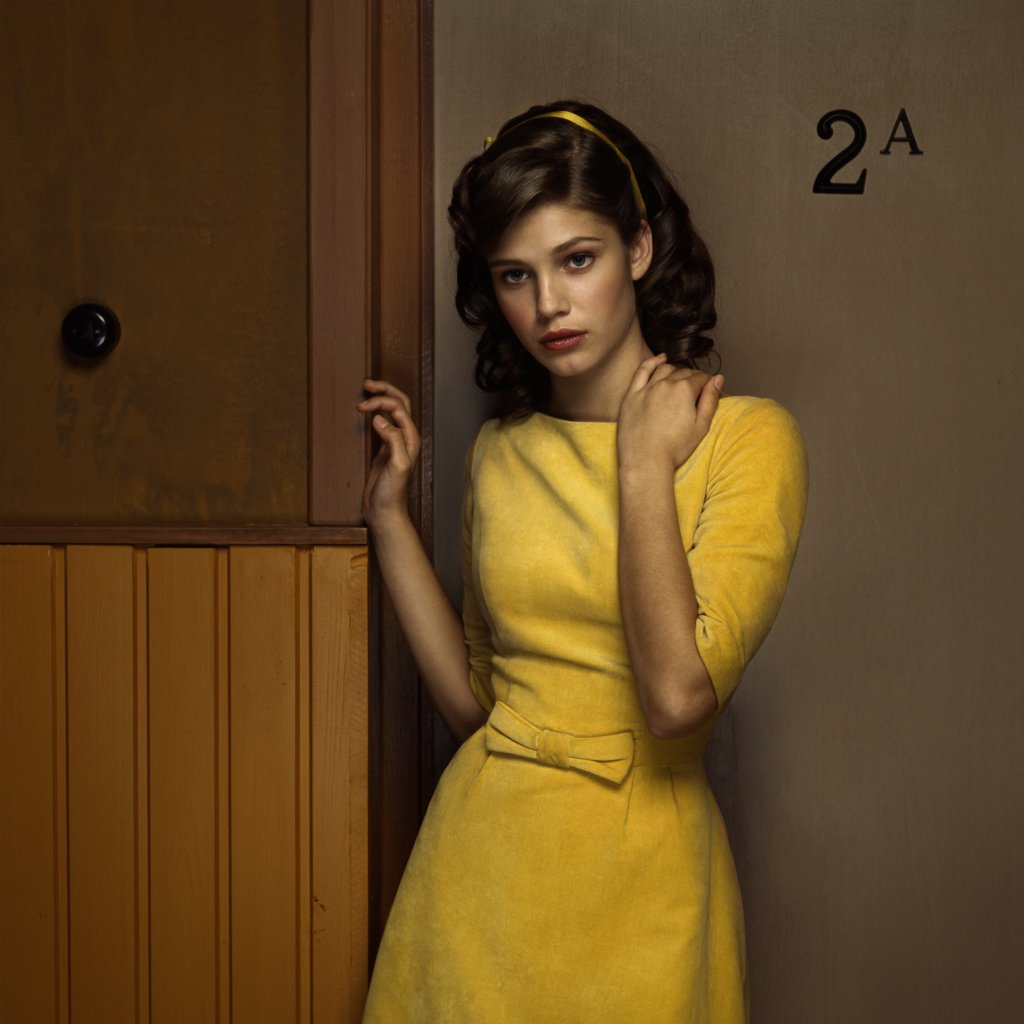 Erwin Olaf’s oeuvre has long been inspired by the Dutch Golden Age of painting.  Notably Rembrandt has been a great inspiration for Olaf throughout his career. In 2018, the Rijksmuseum became the recipient of a total of 500 objects, comprising prints, portfolios, videos, magazines, books and posters. The vast majority are donations; 60 photographs and three videos have been acquired with the support of the BankGiro Loterij. The museum and the artist are planning to celebrate this gift and acquisition with an exhibition scheduled to open on 5 July 2019. The Rijksmuseum will present a selection of iconic works by Olaf for which he drew inspiration from paintings by artists such as Rembrandt, Vermeer and Breitner. The exhibition, featuring about 20 works from Olaf and the Rijksmuseum collection, will show how Olaf’s work manifests an unbroken line from early Dutch painting to the present day. In the new publication Erwin Olaf: I am Rijksmuseum curator Mattie Boom writes an essay on Olaf’s place in the tradition of the arts and on these influences.

On the occasion of Photo London and the Aperture’s release of Erwin Olaf : I Am , Erwin Olaf and Erik van Ginkel (Director of Finance and Operations of the Rijksmuseum and photography enthusiast) will talk to us about Olaf’s work, his inspiration, and the upcoming exhibition, shedding light behind one of Holland’s most praised artists of the 21st Century.

Erwin Olaf (born in Hilversum, the Netherlands, 1959) is the recipient of numerous awards, including the Johannes Vermeer Award (2011), a Lucie Award (2008), and Photographer of the Year in the International Color Awards (2006). Among other accolades, Olaf received the commission to design the new national side of the Dutch Euro, launched in 2013. In 2008 and 2014 Aperture published volumes one and two of Olaf ’s self-titled monographs; Aperture is the English-language publisher of I Am, a survey of his work published in Spring 2019 to accompany the largest restrospective of his work to date, a multiple-venue show with installations at the Rijksmuseum, Amsterdam; Gemeentemuseum Den Haag; and the Fotomuseum Den Haag.

Erik van Ginkel has been the Rijksmuseum’s Director of Finance & Operations since 1 September 2011. He holds ancillary positions at, amongst others, Codart, Dutch Museum Association, Fundación Han Nefkens, Amsterdam Marketing and the Amsterdam Fund for the Arts   As aphotography enthusiast, Erik van Ginkel joins the Rijksmuseum’s Curators of Photography to several photography fairs on a yearly basis, such as AIPAD (New York), Paris Photo, Unseen Amsterdam and Photo London