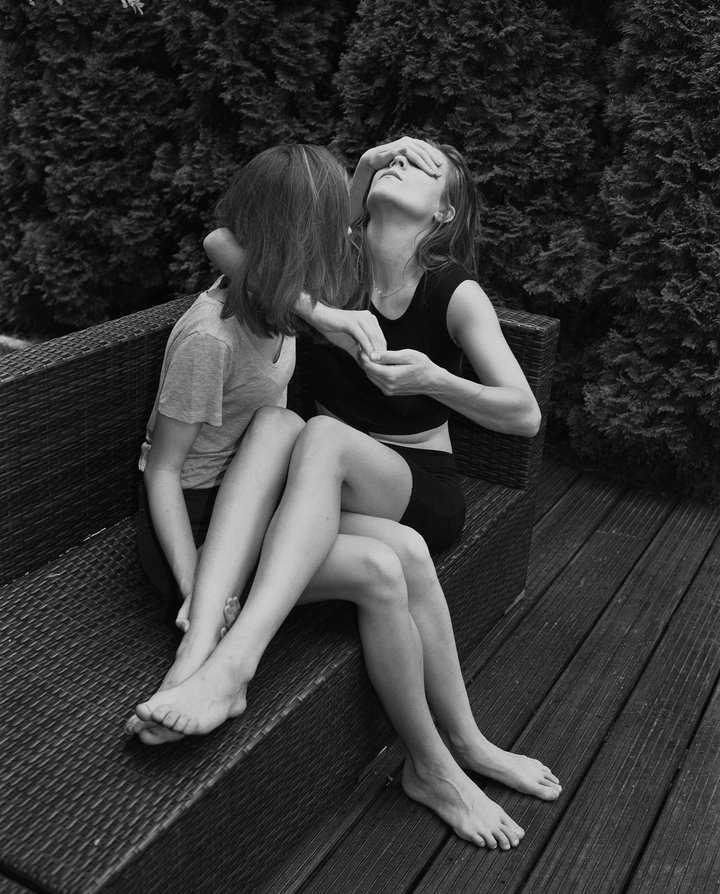 This March Tate Britain presents the first solo exhibition of work by Joanna Piotrowska in the UK. This will be the latest in Tate Britain’s ongoing Art Now series of free exhibitions showcasing emerging talent and highlighting new developments in British art. For this exhibition Piotrowska presents an installation combining 16mm films and carefully composed black and white photographs which explore notions of the human body and social structures.

Piotrowska’s work examines the complex power dynamics and psychological effects of human relationships. Captured on film and photographs, each of the gestures in her works are deliberately staged and directed, acting as documents of an intimate performance for the camera rather than documentary images.

Alongside three untitled 16mm films, All Our False Devices brings together photographs from two existing bodies of work reconfigured in a new installation. This includes works from her series Shelters 2016-2018 in which Piotrowska engaged local people in Lisbon, Rio de Janeiro, Warsaw and London to create makeshift structures in their homes. Capturing the constructed environments and their inhabitants, the photographs evoke both children’s dens and the temporary shelters made by the homeless. The exhibition will also feature photographs from Self Defense 2015 in which Piotrowska captured young women performing gestures from self-defence manuals, creating images which both imply violence against women as well as their empowerment.

Art Now is a series of free exhibitions at Tate Britain focusing on new and recent work by emerging artists. Since the 1990s, Art Now has recognized talent at its outset and provided a launching platform for artists who have gone on to become established figures on the international art scene. The series has recently included Jesse Darling, Lisa Brice, Marguerite Humeau and Simeon Barclay.

Born in Poland in 1985 and based in London, Joanna Piotrowska works across film, photography and performance. She studied Photography at the Royal College of Art in London and Academy of Fine Arts in Kraków. Over the past year her work has been included in the 10th Berlin Biennale and Being: New Photography at MoMA, New York. Her forthcoming projects include a solo show at Kunsthalle Basel in the autumn 2019. Art Now: Joanna Piotrowska: All Our False Devices is curated by Zuzana Flaskova, Curatorial Assistant and Sofia Karamani, Assistant Curator, Contemporary British Art.