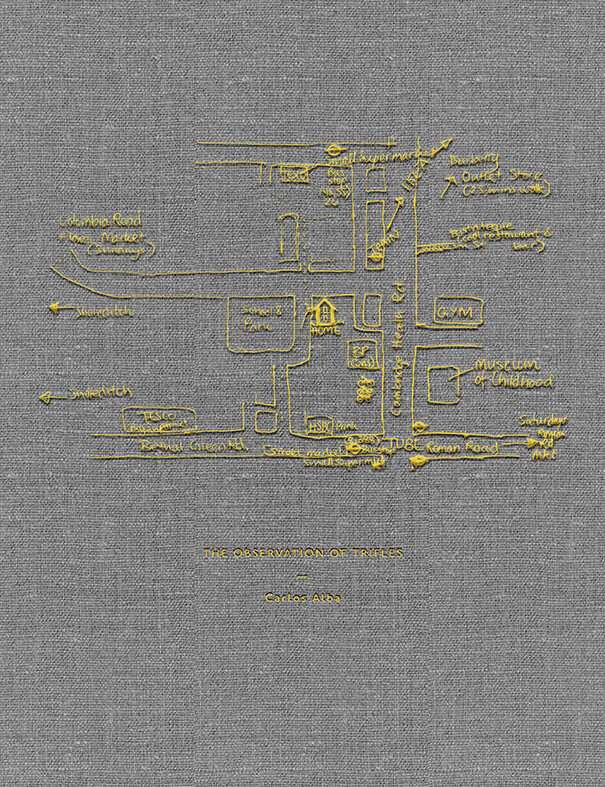 THE OBSERVATION OF TRIFLES by Carlos Alba

Notebooks, post-it notes, façades, bins, cars… And people. The camera of the photographer, who arrives to London for the first time as a foreigner, captures a whole universe of trifles which can however mean a lot to the newcomer. Nominated for the World Press Photo and finalist of Grand Prix Fotofestival, the Spanish photographer Carlos Alba presents The Observation of Trifles: a unique guide, far from conventionalisms, of London City as seen through the objects found on its streets. A city that is out of the postcards, defined by those everyday objects – forgotten and lost in routine – as well as by its inhabitants, portrayed by Alba in the neighborhoods of Hackney and Tower Hamlets, forming a panoply of stories that can be analytic or superficial, but always poetic.
Back to all events
//