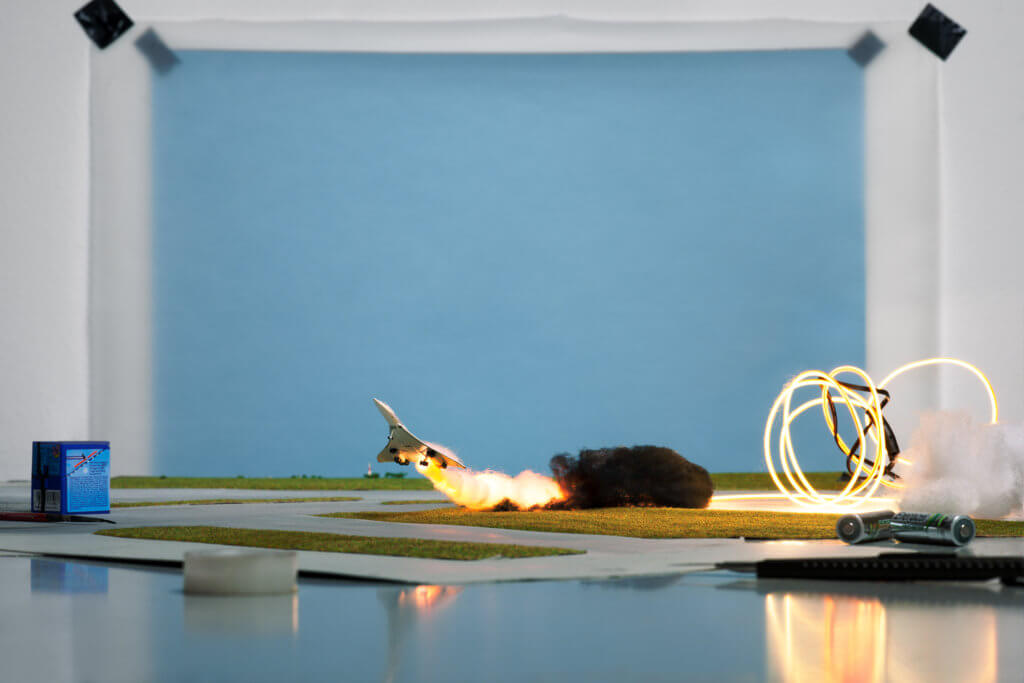 Coris & Sonderegger, Making of Concorde by Toshihko Sato (2000) 2013 from the series Icons

Artists Cortis & Sonderegger discuss with Brett Rogers their photographic practice, including their project ICONS, which saw the artists recreate iconic historic photographs, in the studio in miniature out of craft materials. They will explore their ideas “to outwit the documentary aspect of photography” as well as the motives and intricacies behind this project which include the recreation of such photographs as La Cour du Domain du Gras, 1826, by Nicéphore Niépce and more politically charged images like Tiananmen, 1989, by Stuart Franklin.

Jojakim Cortis and Adrian Sonderegger are Swiss artists who began their collaboration in 2005, focusing their artistic practice on conceiving and manufacturing surreal worlds in compositions of “staged” photography.

Brett Rogers OBE is the Director of The Photographers’ Gallery.