Eamonn Doyle: Made In Dublin 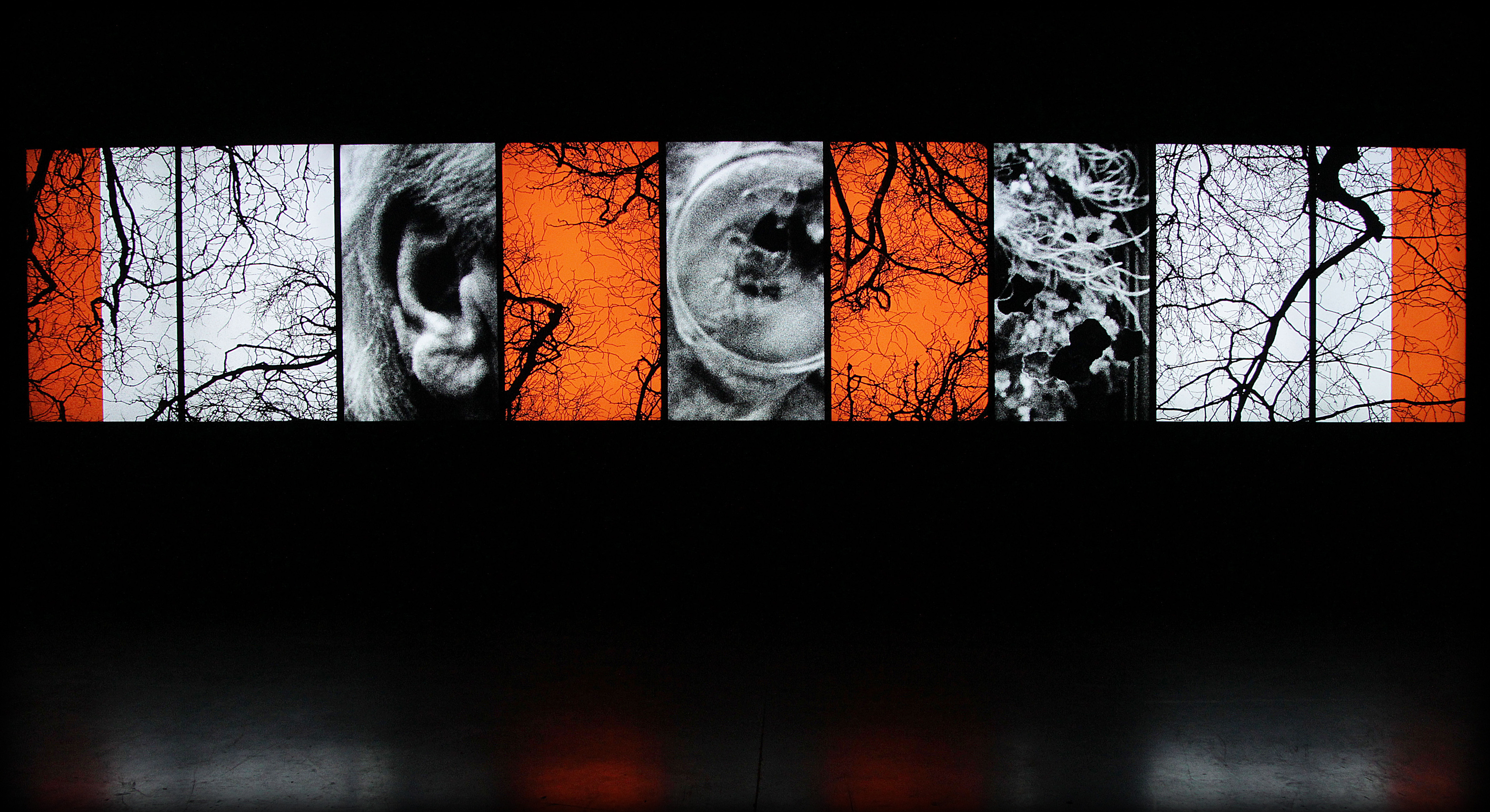 MADE IN DUBLIN is a powerful nine-screen, surround-sound panoramic about a city on the move. It presents a continually changing cycle of events played out by the movement of people caught up in time and place. And that place is Dublin.

Built around the Dublin photographs of Eamonn Doyle, with production design by Niall Sweeney, music by David Donohoe and with the words and voice of Kevin Barry, Made In Dublin is a choreography of the city; its population, body and psyche — their combined forces continuously shaping and wearing away at the autonomy of the other.

At almost 6.5 M wide, the nine connected screens become a panelled myriorama, a kind of re-envisioning of Hokusai’s Views of Mount Fuji, with Dublin itself as the beautiful but threatening volcano — viewed from the inside. With its visceral, labyrinthine soundtrack, the city and its people merge and collide, braced against the light. Giant and diminutive figures stride and stumble, taking position on a world-stage full of obstacles, and then all moving together — their constant ebb and flow revealing a collective unconscious dance, poised on a knife-edge of past and future. At moments it seems to stretch the city itself to breaking point, and yet it is always Dublin.

A large-scale exhibition of Eamonn’s Dublin trilogy and his new body of work, K, is on tour throughout 2019: at RHA Dublin (March–April) and Fundación Mapfre, Madrid (from September). He has published four acclaimed book-works to date (i, ON, End. and K) and Thames & Hudson have just published the 272 page Eamonn Doyle — Made In Dublin, featuring text by Kevin Barry; “an exhilarating surround-sound, cinematic experience in book form.” Eamonn is represented by Michael Hoppen Gallery, London.