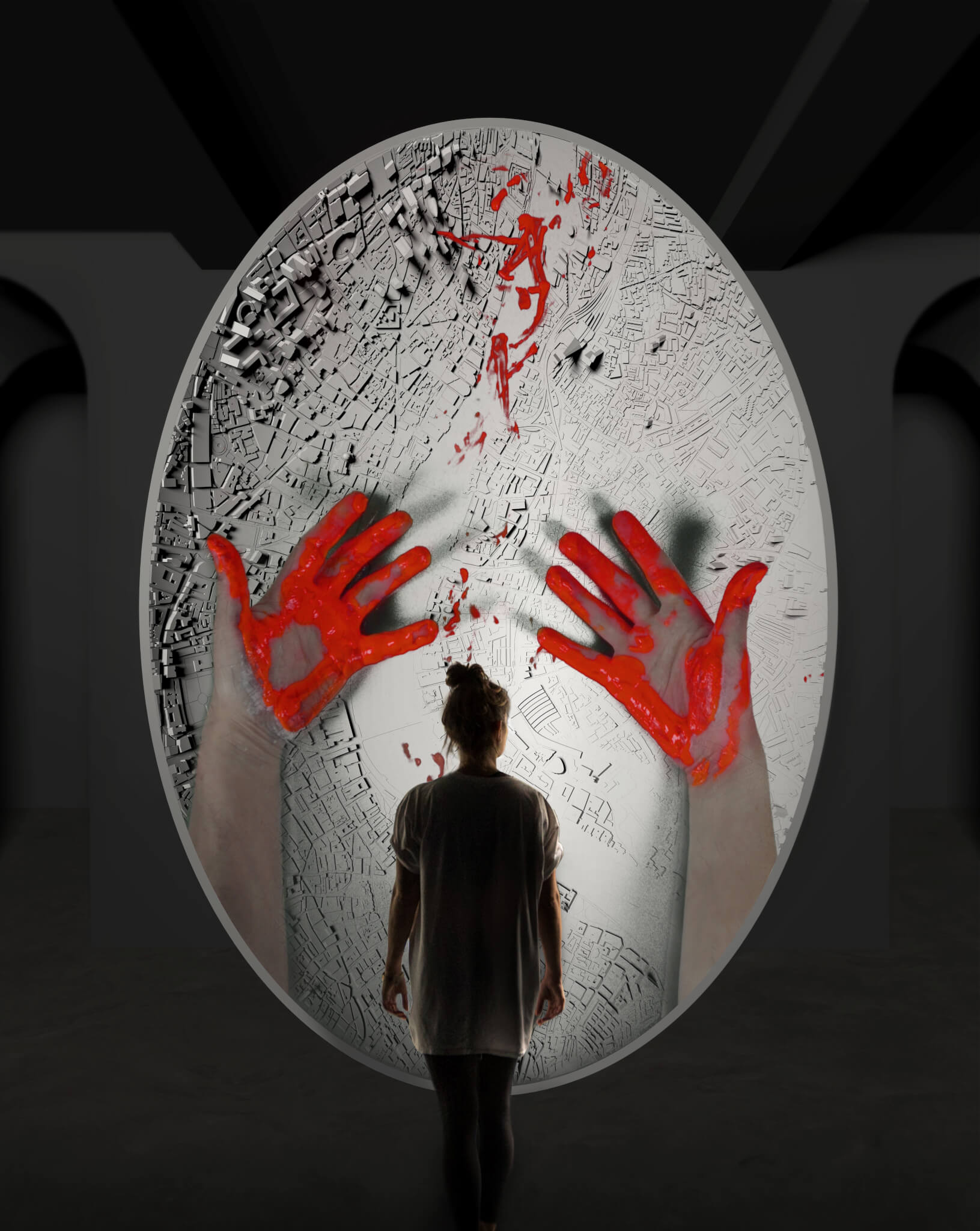 MASK is a new projection-mapped sculptural work made specifically for Somerset House and Photo London.

An ovoid, mask-shaped concave form is sculpturally imprinted with dense urban geometry. A river divides the map like a mirror-distorted image of a human brain. A film is superimposed showing hands that peel at projected surfaces, mark up maps and mine through layers of paper, charcoal, clay, mirror, then wash their stains in ink until it clarifies to water. Rinse and repeat: the film plays on a loop: the layers excavated further with each revolution.

The work considers the range of scales of time and space that we simultaneously perceive and chose to remain blind to as we calibrate our position within the period that we now call the Anthropocene: when what we know about the environmental impact of each thing we touch will soon preclude us from touching anything in the same way again.

The hands are six times ‘larger than life’, scaled to match the out-sized, face-like form, like the hands of a giant, trying to find or draw the eyes on its own blind mask. The city is viewed as remote aerial cartography: geometry extruded from earth by un-remembered generations of distant 1:1500 scale hands. The two scales are held together, un-reconciled in the work.

Her immersive, sculptural and film installations are often created as environments for performing artists, opera, dance and theatre.

Her installation and solo gallery works include Mirrormaze at Copeland Park, Peckham 2016; The Singing Tree at the V&A 2017; Room 2022 at Miami Art Basel 2017; PoemPortraits at the Serpentine Gallery 2017; Playbox at the Belgian Stadstriennale 2016; MagicBox at the V&A 2017; EGG at the XI Gallery in New York 2018.

Her stage sculptures include collaborations with Beyonce, Kanye West, U2, The Weeknd, Adele, The Royal Opera House, The National Theatre and the London and Rio Olympic Ceremonies.

She is the winner of numerous awards including three Olivier Awards, the 2017 London Design Medal, a UAL fellowship and an OBE.