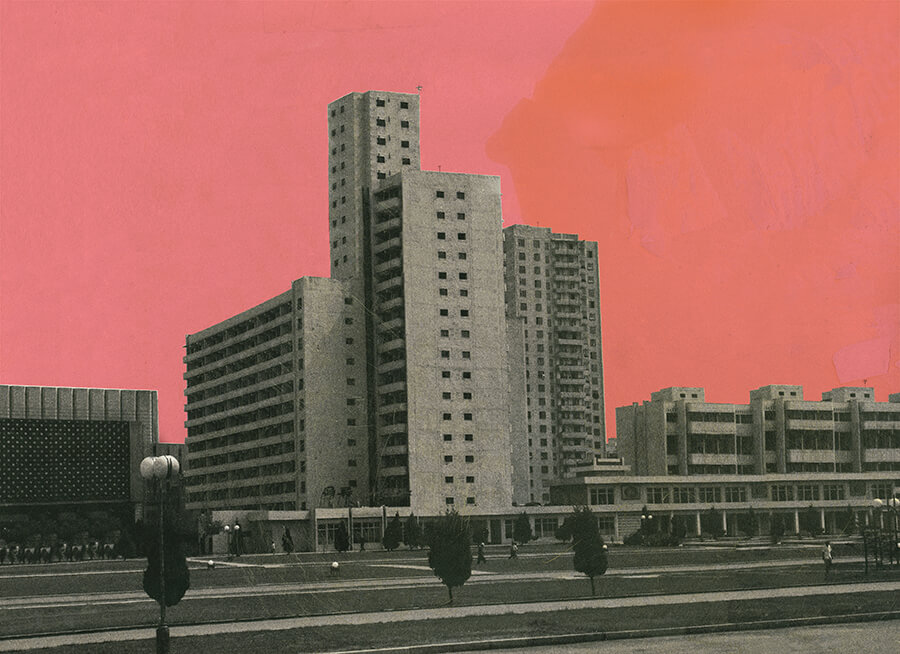 ‘Exit from Paradise’ brings together works by five artists from Japan and Korea who use photography to tackle concerns surrounding race, gender, politics, and the impact of capitalism on contemporary East Asian culture. Debates on these issues have recently been gaining traction, although in ways that is substantially different to the West, due to the contrasting socio-political and economic context, as East Asian societies have traditionally been deep-rooted in collectivist traditions where social harmony and the collective good have overshadowed the individual. Photography has become an influential medium in addressing these issues. These works open a window to a world where individuals leave the paradise defined by society, in order to redefine and remake their own.

The exhibition includes SeungWoo Back, whose work compares real and virtual spaces in order to explore the properties of the photographic medium; SoonChoel Byun, whose ’The Last Wish’ captures family photos with 3D age conversion technology; KyungWoo Chun, known for his poetically blurred photographic portraits in a very unconventional way of dealing with time and space; Rinko Kawauchi, whose work is characterized by a serene, poetic style, depicting the ordinary moments in life; Tomoko Kikuchi, a Japanese photographer who focuses on the relatively young world of transgender people in China.

This exhibition is curated by Jiyoon Lee