Sunday 20 May 2018
ALL DAY
The Screening Room, Somerset House 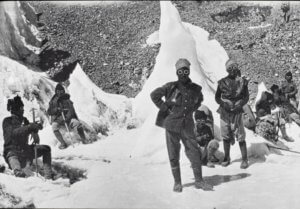 This nine-minute film reimagines the experience of a magic lantern slide show, following the journey of intrepid travellers as they attempt to reach the summit of Mount Everest in 1921 and 1922. The magic lantern slides are drawn from the many thousands of items that make up the Royal Photographic Society Collection at the V&A. This film is a preview of the content now being selected for the V&A’s new Photography Centre, opening in October 2018.

The film will also screen at other times during the Fair – click here to see when.
Screening are free to attend for Photo London ticket and pass holders, on a first-come-first-serve basis