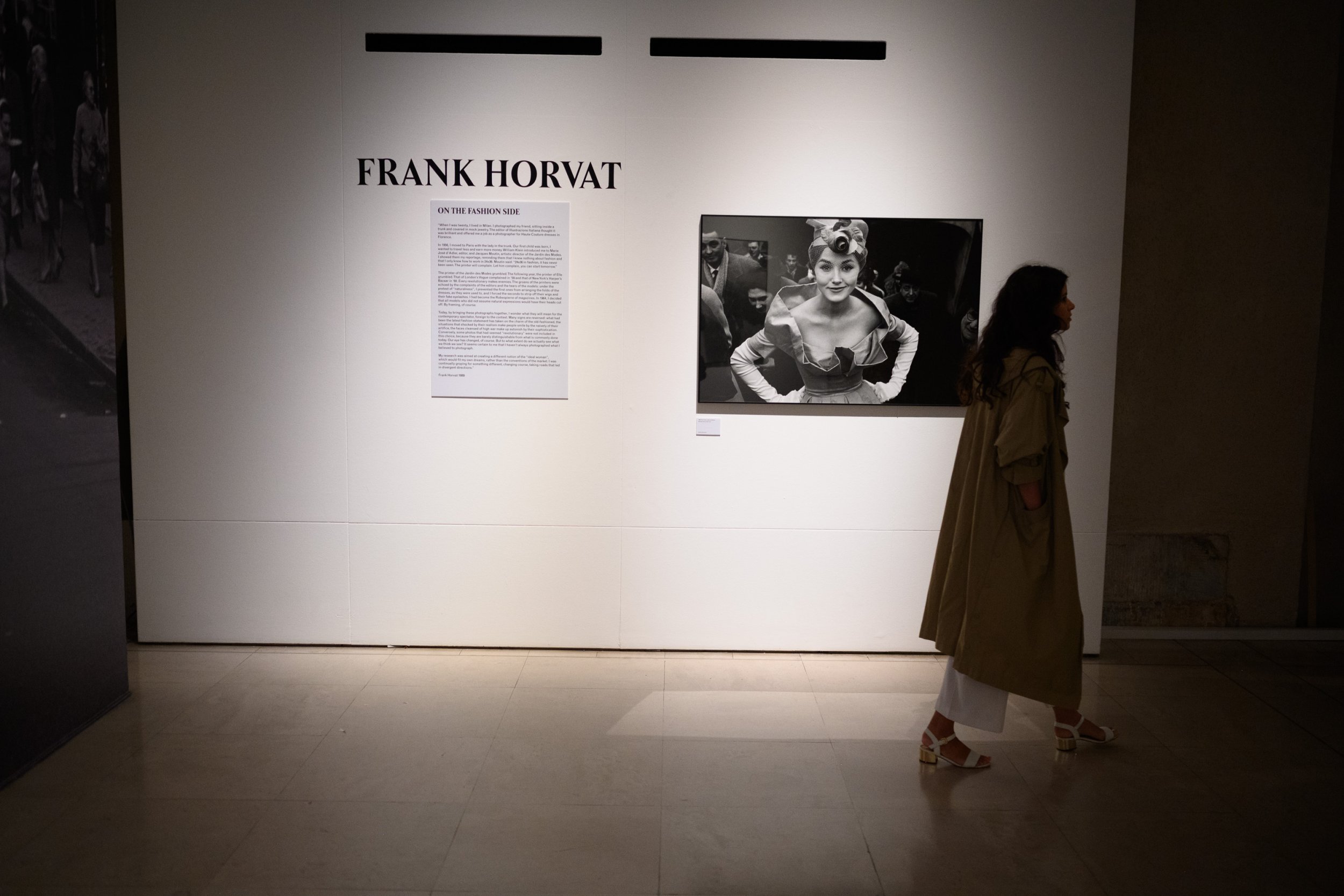 As part of the Public Programme for Photo London’s 2022 edition, an exhibition of distinguished works by the legendary photographer Frank Horvat (1928 – 2020) was shown in Somerset House’s Embankment West Gallery. The display was curated by Horvat’s daughter Fiammetta Horvat.

Throughout a career that spanned over seventy years, Frank Horvat was constantly experimenting and adapting to new technologies. His work frequently transcended the prevailing photographic orthodoxy. The result is image-making of the highest order: work that is diverse and considerably more complex than it seems at first glance.

In his fashion work Horvat created a realistic style of picture-making that revolutionised the development of fashion-based photography in England, France, and the United States. He stylistically combined realism and artifice, movement, and inventive locations, which won him immediate success as a French fashion photographer. His photographs have appeared in leading European and American magazines including Life, Elle, Vogue, Harper’s Bazaar, Glamour and Jardin des Modes. 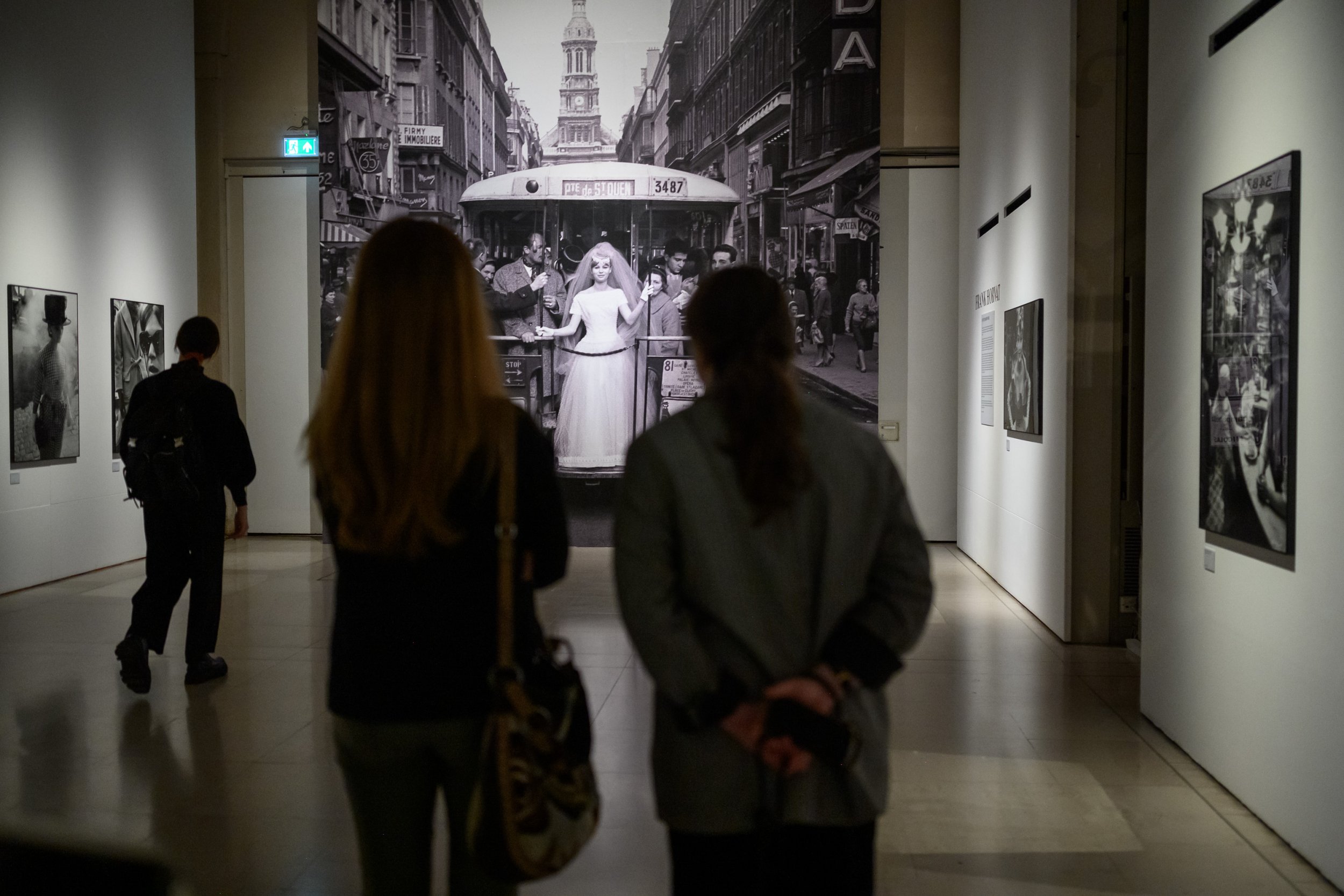 Horvat’s work is represented in the permanent collections of many prestigious museums, including Bibliothèque Nationale, Musée National d’Art Moderne, Kunst-bibliothek, Museum of Modern Art, and the George Eastman House, V&A and numerous other collections. His archives are preserved by the Frank Horvat Studio, in his original studio in Boulogne-Billancourt, France. 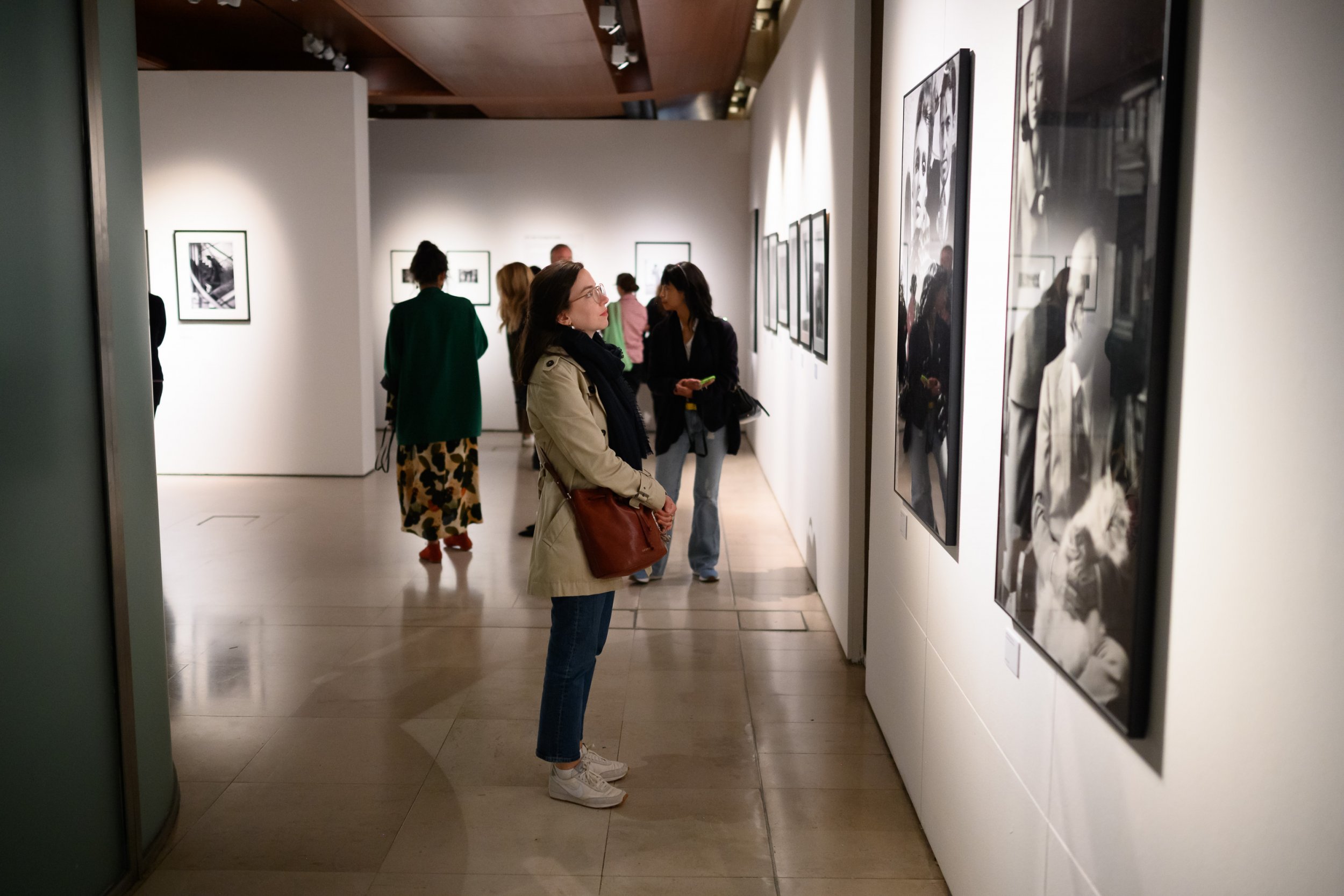 Commenting on the Photo London exhibition, the show’s curator, Fiammetta Horvat says: ‘Thanks to Photo London, my father’s work will be celebrated and remembered in a city that mattered greatly to him. Coming back from years spent in Pakistan and India he settled in London in the late ’50s and always recalled this period as the most exotic adventure he had experienced. The British people remained a mystery to him till the very end. I hope this introduction to him will mark the beginning of a new dialogue with the United Kingdom. For the London exhibition, we present two emblematic series that are a perfect illustration of Frank Horvat’s approach to photography: his fashion images where he introduced a sense of naturalness and spontaneity into the very sophisticated and mannered world of fashion magazines; and his images of Parisian cabarets where he finds poetry in the seedy nightlife of the city. In both worlds, he proves photography can transform and transcend reality. What always matters is the eye and the intention of the photographer.’ 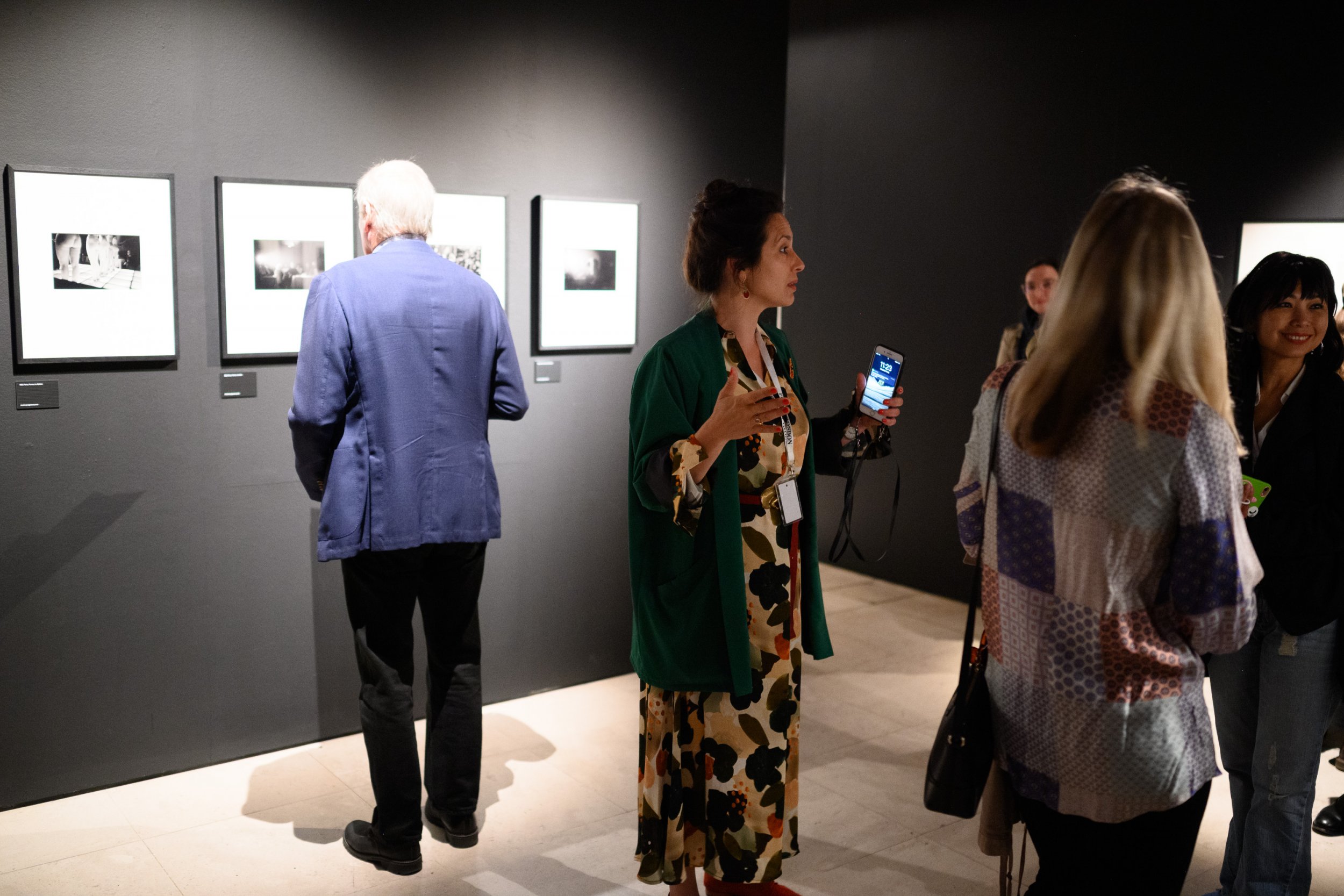 The Photo London exhibition was a timely re-introduction of Horvat’s work to the London audience ahead of a major retrospective on the photographer’s work at the Jeu de Paume opening in June 2022. Welcoming this important addition to the Fair’s public programme Photo London Founders Fariba Farshad and Michael Benson commented: ‘We are thrilled to be able to present the work of Frank Horvat in London for the first time in many years. We are deeply grateful to Initial Labo who have supported the show and to Frank Horvat’s daughter Fiammetta who has curated a wonderful tribute to her late father’s work. Thanks to them we are able to offer the London audience this once in a generation glimpse of the Horvat’s extraordinary and expansive oeuvre.’