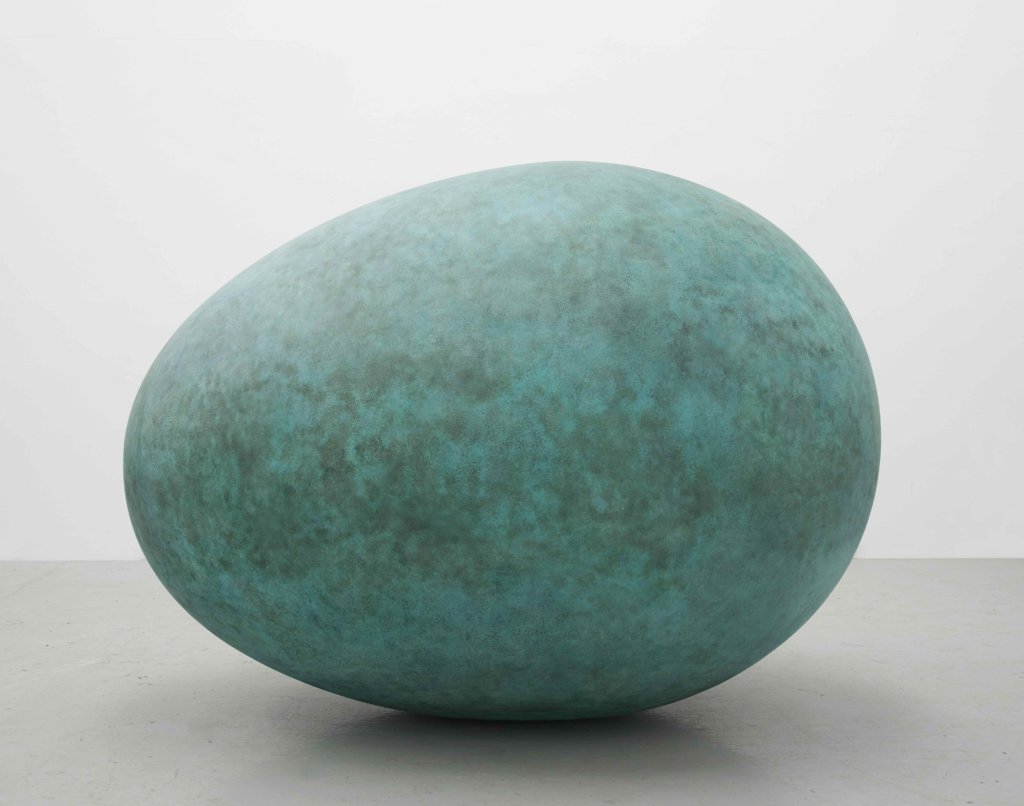 Join Matthew Collings and Gavin Turk as they discuss the fate of art under the gaze of the smartphone.

Artist and writer Matthew Collings will join Gavin Turk to discuss the contemporary phenomenon of the smart phone and the way this ubiquitous tool has encouraged us to capture art and life and then share our imaginations with the world through the internet, social media and infectious memes, as well as how technology can provide open platforms for debate, collaboration and visibility in this time when our ecosystems are in such jeopardy. All this through the surreal form of the egg.

Gavin Turk (b 1967) is a British born, international artist. He has pioneered many forms of contemporary British sculpture now taken for granted, including the painted bronze, the waxwork, the recycled art-historical icon and the use of rubbish in art.

Turk’s installations and sculptures deal with issues of authorship, authenticity and identity. Concerned with the ‘myth’ of the artist and the ‘authorship’ of a work, Turk’s engagement with this modernist, avant-garde debate stretches back to the ready-mades of Marcel Duchamp.

In 1991, the Royal College of Art refused Turk a degree on the basis that his final show, ‘Cave’, consisted of a whitewashed studio space containing only a blue heritage plaque commemorating his presence ‘Gavin Turk worked here 1989-91′. Instantly gaining notoriety through this installation, Turk was spotted by Charles Saatchi and was included in several YBA exhibitions. Turk’s work has since been collected and exhibited by many major museums and galleries throughout the world.

In 2013 Prestel published Turk’s first major monograph, showcasing more than two decades of his work and in 2014 Trolley Books published ‘This Is Not A Book About Gavin Turk’ which playfully explores themes associated with the artist’s work via thirty notable contributors.

Turk has recently been commissioned to make several public sculptures including L’Âge d’Or (2016), sited on the south corner of the Press Centre building in the Olympic Park and Nail, a 12-meter sculpture at One New Change, next to St Paul’s cathedral, London, England.

Matthew Collings, is an artists and writer. He studied painting at the Byam Shaw art school and Goldsmiths. He went on to edit the magazine Artscribe between 1983 and 1987, and was the art critic on the BBC TV culture programme, The Late Show, between 1988 and 1994. He has written many books on art including the popular best sellers, Blimey! (published in 1997 by 21, a company founded by David Bowie) and This is Moder Art (published in 1998 by Weidenfeld & Nicholson). This is Moder Art was based on a 6-part TV  series broadcast by Channel 4, which Matthew wrote and presented, the series won a Bafta among other awards. Matthew also wrote British Abstract Painting 2001 (published in 2001 by Momentum), which surveys works by seventy British abstract painters. Matthew collaborates no geometric patterned paintings with his partner, mosaicost Emma Biggs. They exhibit under the name Biggs & Collings. Their work is in many collections globally and they are represented by Vigo Gallery. Matthew is currently writing a book on contemporary painting for Thames & Hudson, to be published next year.