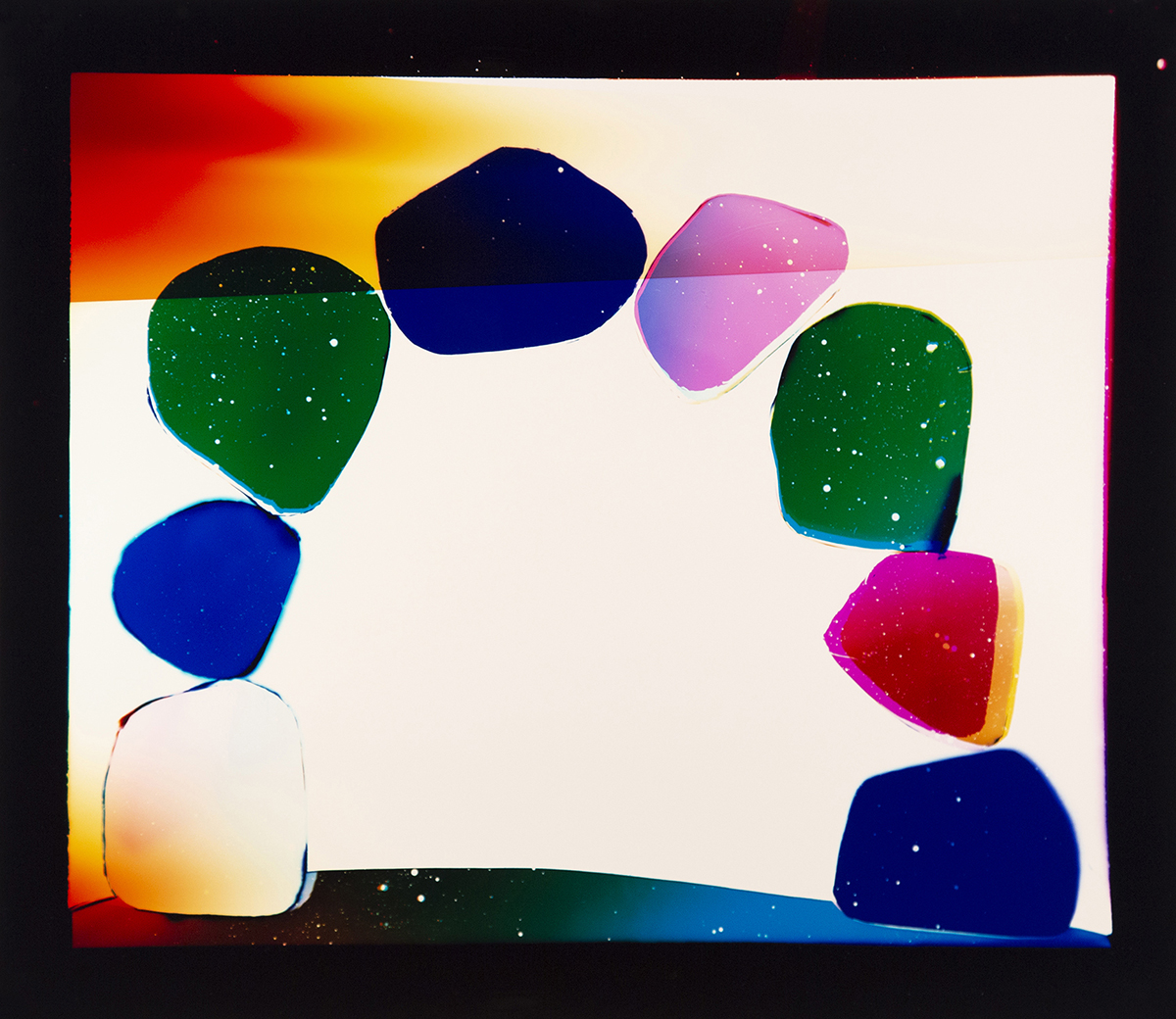 Hanging the Moon is proposed as a ZOOM talk between artist Liz Nielsen and writer and teacher, W.M.— Bill — Hunt. Both are based in and around New York City. Hunt first encountered Nielsen in a 2019 group exhibition “Painting with Light”. Nielsen was the breakout star of the show in Hunt’s opinion. For him, she “hangs the moon” hence the title of their conversation. They will continue the dialogue they began two years ago about colour and light snd space and life. Nielsen has been particularly productive during the pandemic. Most recently she had a solo show “Spooky Action” at Art Austerlitz for which Hunt wrote an accompanying essay. Nielsen was also one of the principals in “Signs of Spring” at Black Box Projects in Cromwell Place in London.

Liz Nielsen is an experimental photographer based in Brooklyn, New York, USA. She works in the analogue darkroom exposing light-sensitive paper and processing it through traditional photographic chemicals. Liz has exhibited her work extensively including recent solo exhibitions in New York, London, Budapest, and Paris. Her photograms have been featured at international art fairs such as Paris Photo, Photo London, AIPAD New York, Unseen Amsterdam, and Landskrona Foto in Sweden. Nielsen has been reviewed in the New Yorker, the Guardian, the London Financial Times, LensCulture, Vogue UK, and FOAM magazine among others.

W.M. – Bill – Hunt is a champion of photography: a collector, curator and consultant who lives and works in New York. His Collection Dancing Bear (images of people whose eyes cannot be seen) and Collection Blind Pirate (photographs of American groups before 1950) have been exhibited in Europe and the US. He teaches (“How I Look at Photographs”, “How to Get What You Want”), writes (“The Unseen Eye: Photographs from the Unconscious” and many artist monograph essays) and loves to look at and talk about pictures. Photography changed his life; it gave him one.