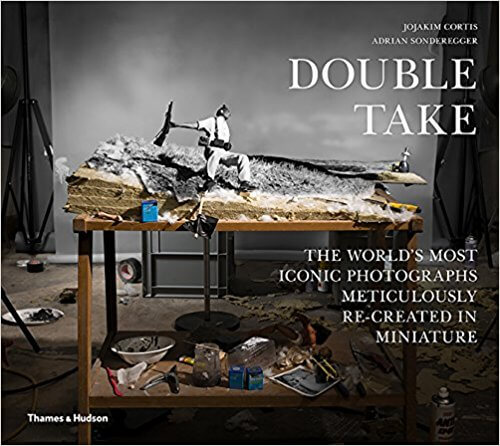 Double Take
Double Take presents the work of Cortis & Sonderegger who painstakingly re-create in miniature forty astonishingly accurate reconstructions of iconic photographs—ranging from the earliest known to the world’s most expensive.

Inspired by the record auction price of $4.3 million set by Andreas Gursky’s Rhein II in 2011, the duo set themselves a challenge: could they reconstruct that image in their Zürich studio? Their successful recreation of Rhein II became a starting point for a larger personal project: a series of iconic photographs in miniature. Represented by East Wing / Doha, ‘Double Take’ is published by Thames & Hudson. Double Take was presented as a solo presentation by East Wing at Photo London in 2017 be sure to catch the duo in conversation with Brett Rogers on Sunday 20 May at noon / Talks Auditorium.
www.east-wing.org
Back to all events
X
X