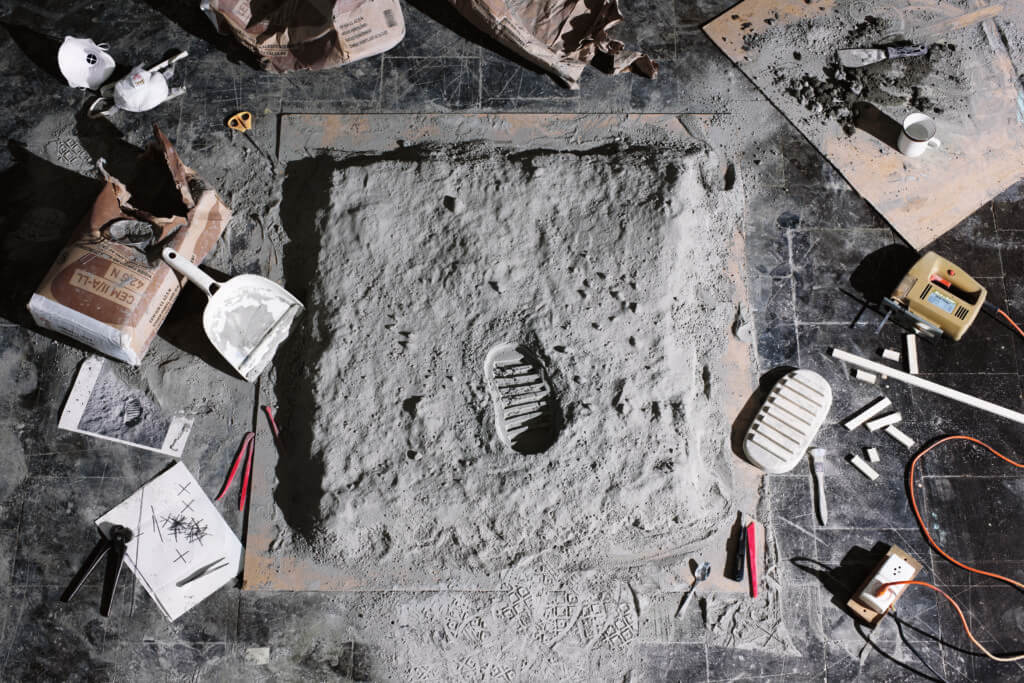 'Double Take' presents thirty-nine uncannily accurate reconstructions of great images and moments from history – ranging from the earliest known photograph, through landmark events of the 20th and 21st century, iconic art and popular culture, to the world’s most expensive photograph. These intricate works have been crafted in miniature by photographers Jojakim Cortis and Adrian Sonderegger.

Inspired by the record auction price of $4.3m set by Andreas Gursky’s 'Rhein II' in 2011, they set themselves a challenge to use model-making and lighting to reconstruct the Gursky image in their Zürich studio. This one-off challenge led to a larger personal project by the duo – a whole series of increasingly elaborate and difficult recreations of photographs of pivotal historical events.

'Double Take' is not just a technical tour de force – it opens up a wider consideration of image making, and of the problem at the heart of the medium: can the photographic image ever be trusted.
Back to all events