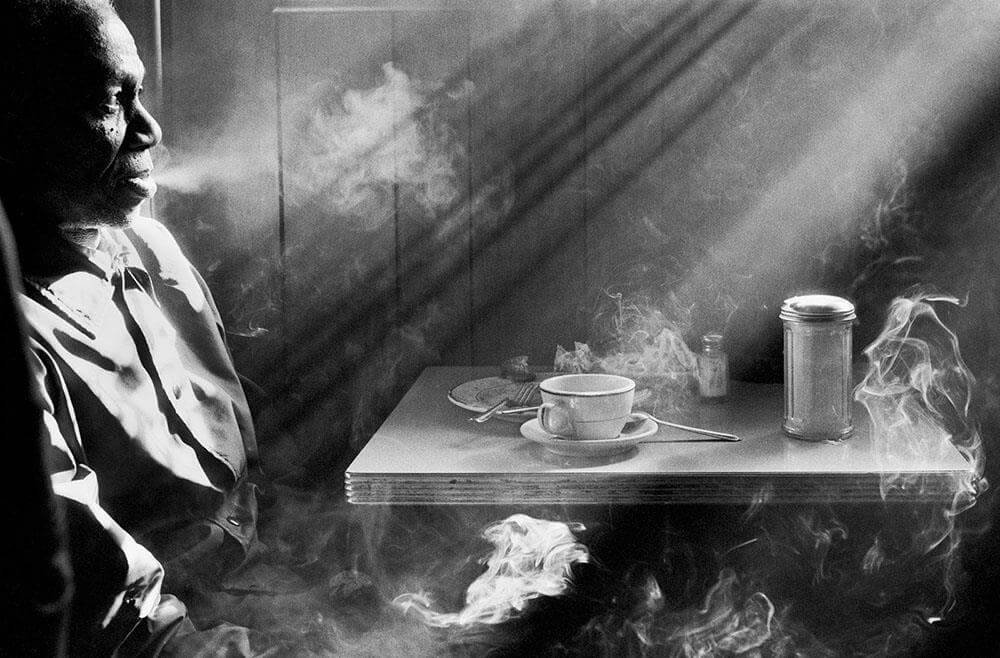 A discussion and screening of exclusive excerpts from the forthcoming documentary with filmmaker Andy Dunn, art historian Carrie Scott and photography expert Philippe Garner on behalf of CS&P and Photo London.

Harold Feinstein (1931-2015) began his career in photography in 1946 at the age of 15 and within four short years, Edward Steichen, an early supporter, had purchased his work for the permanent collection of the Museum of Modern Art (MoMA). He joined the Photo League at 17 and became a prominent figure in the vanguard of the early New York City street photography scene. He was one of the original inhabitants of the legendary Jazz Loft, which he later turned over to his long-time friend W. Eugene Smith. His work appeared in group shows at the Whitney Museum (1954) and MOMA (1957) and in 1957 he had solo shows at Helen Gee’s Limelight Gallery and The George Eastman House. When he died in June, 2015 the New York Times declared him “one of the most accomplished recorders of the American experience.” Commenting on Feinstein’s one-man show at the International Center for Photography (1990) former New York Times critic, A.D. Coleman, remarked: “Here is New York small camera school at its best; humanistic, engaging, almost intrusive… [T]his is the work of a man who loves people, takes unalloyed pleasure in seeing them enjoy themselves, likes to get close to them – and, by rendering their physicality in tactile, nuanced prints, enmeshes the viewer in the sensual, material world his ‘subjects’ occupy.”

His most recent book, Harold Feinstein: A Retrospective (Nazraeli, 2012) received a PDN Annual Best Photography Book Award in 2013. While his Coney Island work has been much celebrated Feinstein’s breadth and exposure is far greater. His photographs from the Korean War, taken from the perspective of a draftee, offer an intimate look at the daily life of young conscripts from basic training to the front lines. In addition, he has a large collection of classic street photography, nudes, portraits and still life.