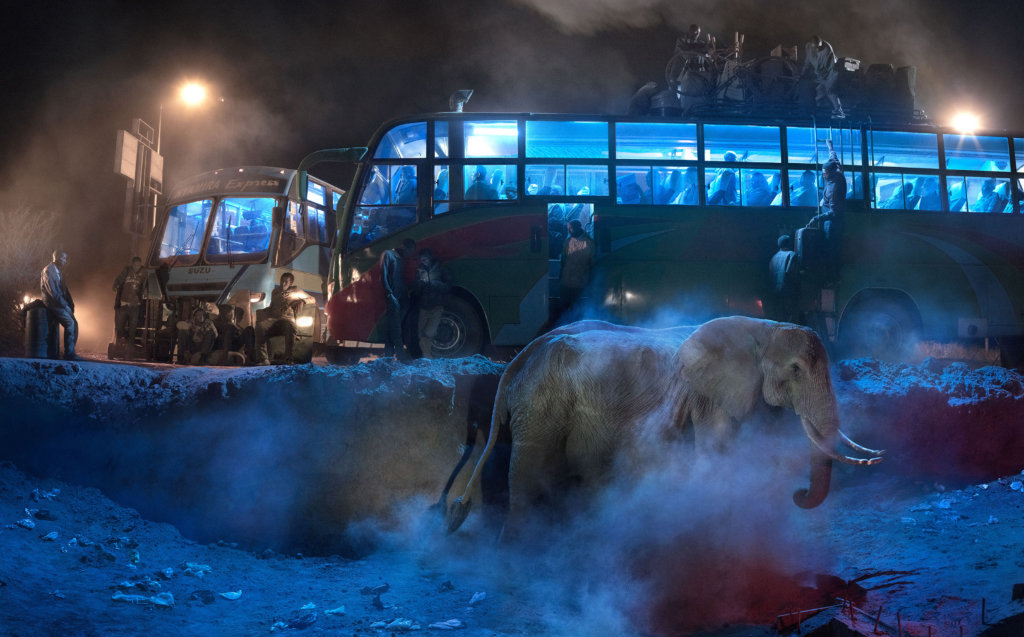 Join us for this conversation, where David Campany will discuss Nick Brandt’s most recent body of work This Empty World.

Nick Brandt’s themes relate to the disappearing natural world, before much of it is destroyed by humankind. From 2001 to 2018, he has photographed in Africa.
Large-scale prints from the latest series, This Empty World (2018),  will be showing at the Atlas Gallery booth in the pavilion. His first work in color, This Empty World addresses the escalating destruction of the natural world at the hands of humans, showing a world where, overwhelmed by runaway development, there is no longer space for animals to survive.

Brandt has had solo gallery and museum shows around the world, including New York, London, Berlin, Stockholm, Paris and Los Angeles. Inherit the Dust most recently has been exhibited at Multimedia Museum of Art in Moscow and the National Museum of Finland in Helsinki. Born and raised in England, Brandt now lives in the southern Californian mountains. He is co-founder of Big Life Foundation, a nonprofit organization working to protect the animals of a large area of Kenya and Tanzania.

David Campany is a curator and writer, currently based in London. He teaches at the University of Westminster, London. Renowned for his engaging and rigorous writing, exhibitions and public speaking, David has worked worldwide with institutions including MoMA New York, Tate, Whitechapel Gallery, Centre Pompidou, Le Bal, and the Stedelijk Museum.

He is the curator of three-city Biennale für aktuelle Fotografie, 2020 (Mannheim/Ludwigschafen/Heidelberg, Germany)