Highlighting the significance of the female gaze in photography, this panel discussion is hosted by Tabatha Fireman, founder of the all-female photo agency ‘Female Perspective’ and newly launched content library ‘SHOTBYWOMEN’. Nikon shooters Scarlet Page, Shirlaine Forrest, Linda Wride and Stella Scordellis talk about their own experiences as women photographing in the fields of Music, Sport and Abstract Architecture. 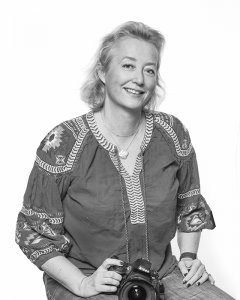 A passionate photographer her whole life, Scarlet studied photography at the University of Westminster in the early ’90’s. She quickly developed her own fresh, documentary style travelling America with The Smashing Pumpkins, The Beastie Boys and the other acts on the Lollapolooza tour of 1994. The following year she had a shot featured in The Verve’s ‘A Northern Soul’ album artwork which really got things started. Since then, Scarlet has gone on to work with some of the music world’s biggest acts. She worked closely with Robbie Williams on several projects including album artwork, behind-the-scenes material and the acclaimed book ‘Somebody Someday’. She has toured the World with bands such as The Darkness, Placebo, Red Hot Chilli Peppers, The Rolling Stones and Stereophonics. She continues to be commissioned by major record labels to shoot artwork, press and marketing campaigns for international bands. Scarlet is also working closely with interesting clients such as Fearne Cotton and her Happy Place festival brand, The Henley Literary Festival capturing politicians, bloggers and working alongside inspiring business women such as Jo Tutchener Sharp, founder of Scamp and Dude to create content for all of her platforms. Scarlet has worked extensively for charities including CALM, ThePDSA, Teenage Cancer Trust and Warchild. Exhibitions of her work have been shown at The Royal Albert Hall, Proud Gallery Camden and in 2019 Scarlet exhibited and worked with local celebrated musicians in Buenos Aires as part of her Resonators + project. Since the pandemic there has been a huge interest in Scarlet’s archivework, her limited edition prints alongside her weekly ‘words behind the shot’ videos have been gaining a cult following. In 2020 she was selected as a winner of The British Journal of Photography’s ‘Portrait of Britain’ award and she has become an active member of the AOP and it’s associated women’s group f22. 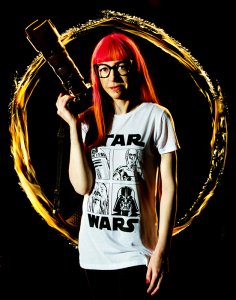 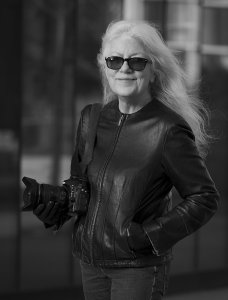 Linda is an award-winning freelance photographer. Based in Oxford (UK), she often combines her passion for photography with a love of travel at home and abroad. Although her portfolio is diverse, many of her images are underpinned by an appreciation of shape and form, often displaying a strong graphic quality. This is probably most obvious in her abstract and architectural work, the latter no doubt inspired by her career in the built environment. Linda’s photographs have been shown widely in solo and joint exhibitions in the UK and abroad, and featured in the national and international press, photography magazines and books. Her work has also been recognised in a range of competitions, including Urban Photographer of the Year, Architectural Photography Awards, Landscape Photographer of the Year, The Art of Building and Travel Photographer of the Year. She is an Associate of the Royal photographic Society (ARPS) and holds distinctions from The Photographic Alliance of Great Britain (DPAGB) and the Federation International de l’ Art Photographique (AFIAP).” 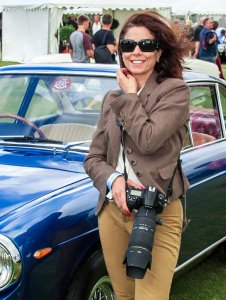 Stella has been photographing people and their loves for over 35 years. This has included studio portraits of families and environmental photo-shoots of them too – namely to capture their ever-changing lives from birth to end of life – capturing emotions. She has built trusting relationships with individuals and families over the years to capture moments to mark the passing of time to reflect on. Through those valued relationships, her photography evolved more into the automotive world, photographing treasured and prized classic and supercar collections, to create provenance and a visual memory. Commissions have included shooting behind the scenes at the British Grand Prix, Salon Privé, Silverstone Classic, Bonhams Veteran Car Run and The London Motor Show.