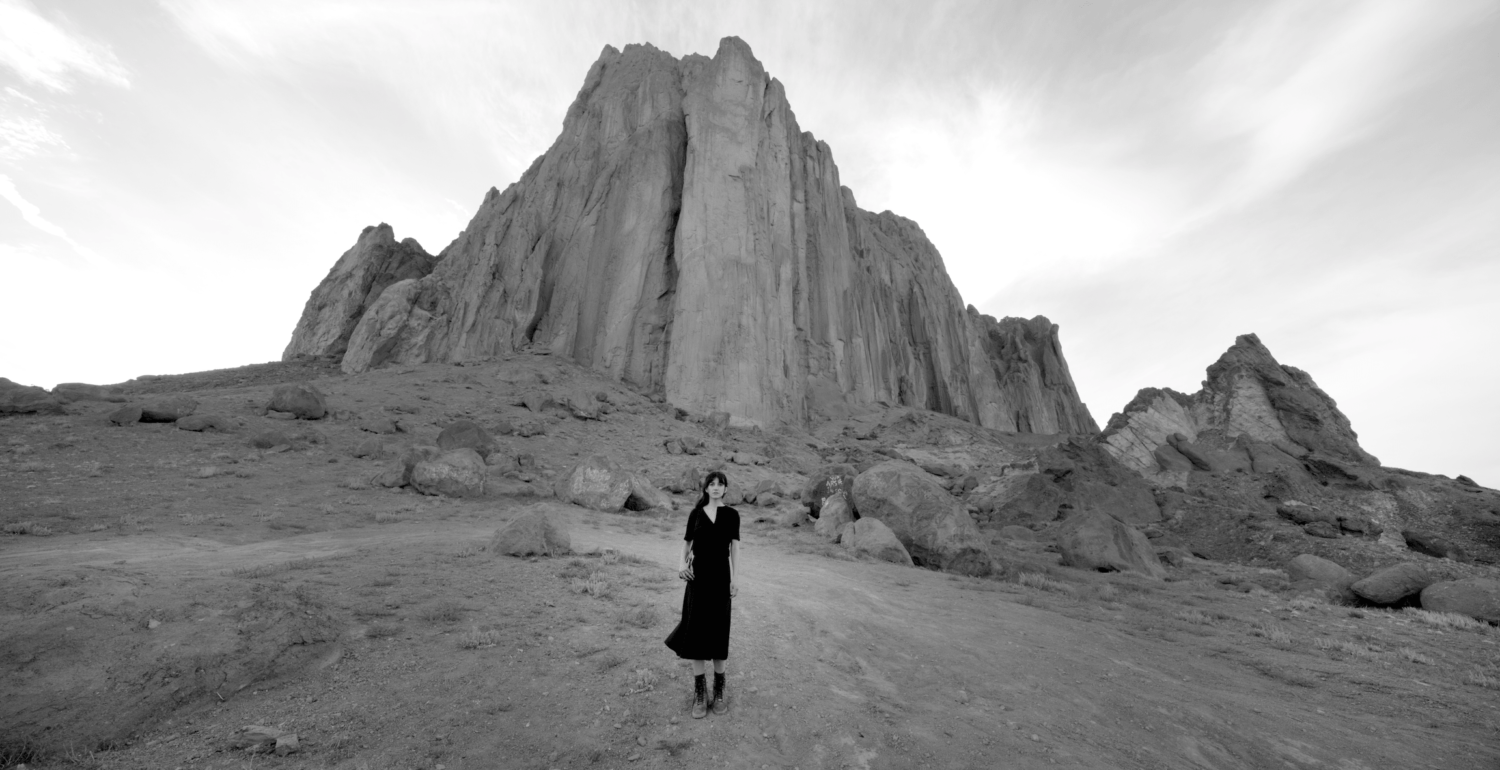 Photo London is delighted to present the 2020-2021 Master of Photography Award to the Iranian artist Shirin Neshat (b. 1957, Qazvin, Iran). The award is given annually to a leading contemporary photographer who is the subject of a special exhibition at the fair.

Over the past three decades, working across photography, video and cinema, Neshat has dedicated her practice to an understanding of the religious and political forces of power that have shaped Iranian and other Islamic cultures. Her art centres on the contrasts between Islam and the West, femininity and masculinity, public life and private life, antiquity and modernity, and bridging the spaces between these subjects.

At Photo London, Shirin Neshat presents for the first time in full in the U.K. Land of Dreams, featuring all 111 photographs of New Mexico residents and her two-channel film installation. This body of works marks a significant visual and conceptual shift for the artist, who has turned her lens to the landscape and people of the American West. Land of Dreams” was commissioned for the artist’s major US museum survey in 2019 at The Broad Museum, Los Angeles before making its European debut at Goodman Gallery, London which was sadly cut short by the Pandemic. This exhibition will be an opportunity for London audiences to experience the full installation of 111 photographs and films making up this ambitious project.

Created in 2019 in New Mexico, Land of Dreams is a multidisciplinary project, both fictitious and documentary in nature, that captures the state’s diverse American population. The first film on the two-channel video installation follows a young Iranian art student named Simin, who travels around suburban and rural areas of New Mexico photographing local residents in their homes. As part of the protagonist’s assignment, Simin asks her subjects about their most recent dreams. As the people she encounters vividly detail their dreams, the viewer is transported into these imagined narratives alongside Simin, who wanders inside each participant’s subconscious mind. Neshat infuses the film with cinematic views of New Mexico’s sublime landscape alongside the everyday streets and neighbourhoods where Simin travels. The second film reveals a sinister twist to the protagonist’s seemingly innocuous assignment: Simin is uncovered as an Iranian spy tasked with archiving the dreams and portraits she captures, which are recorded and analyzed in a bunker set within the mountains of New Mexico. Unlike the dozens of dream scientists who quietly work and diligently follow orders in the factory-like facility, Simin is noticeably perplexed by one of her subjects, leading her on a path to try and find their subliminal connection. Through her incisive ability to allude to the absurdities and similarities between the United States and Iran, Neshat astutely explores the complexities between the ephemeral nature of dreams and the dangerous impact of oppressive political ideologies and policies to reveal a shared humanity.

Alongside the film, the photographic installation Land of Dreams comprises 111 photographs of New Mexico residents who Neshat captured throughout filming. Similarly to Simin, Neshat asked her subjects about their dreams, which she recorded in Farsi on many of the portraits, along with the sitters’ names and dates and places of birth. The artist’s practice of applying calligraphy to portraits recurs throughout her oeuvre, and in many of these new photographs, Neshat additionally included technically intricate, ornate drawings that depict fantastical elements of the dreams. The artist notes, “We drove across the country to search for a landscape that at once looked like Iran and America’s Southwest. We settled on New Mexico not only for its spectacular nature but also for its demographically diverse communities of Native Americans, African Americans, Hispanic, and Anglos.” Through making these complex and interwoven works, Neshat formed a deep interpersonal connection with each person she met, resulting in a powerful and encompassing portrait of America.

The exhibition is organised in collaboration with Goodman Gallery and will be on view in the Embankment Galleries of Somerset House. 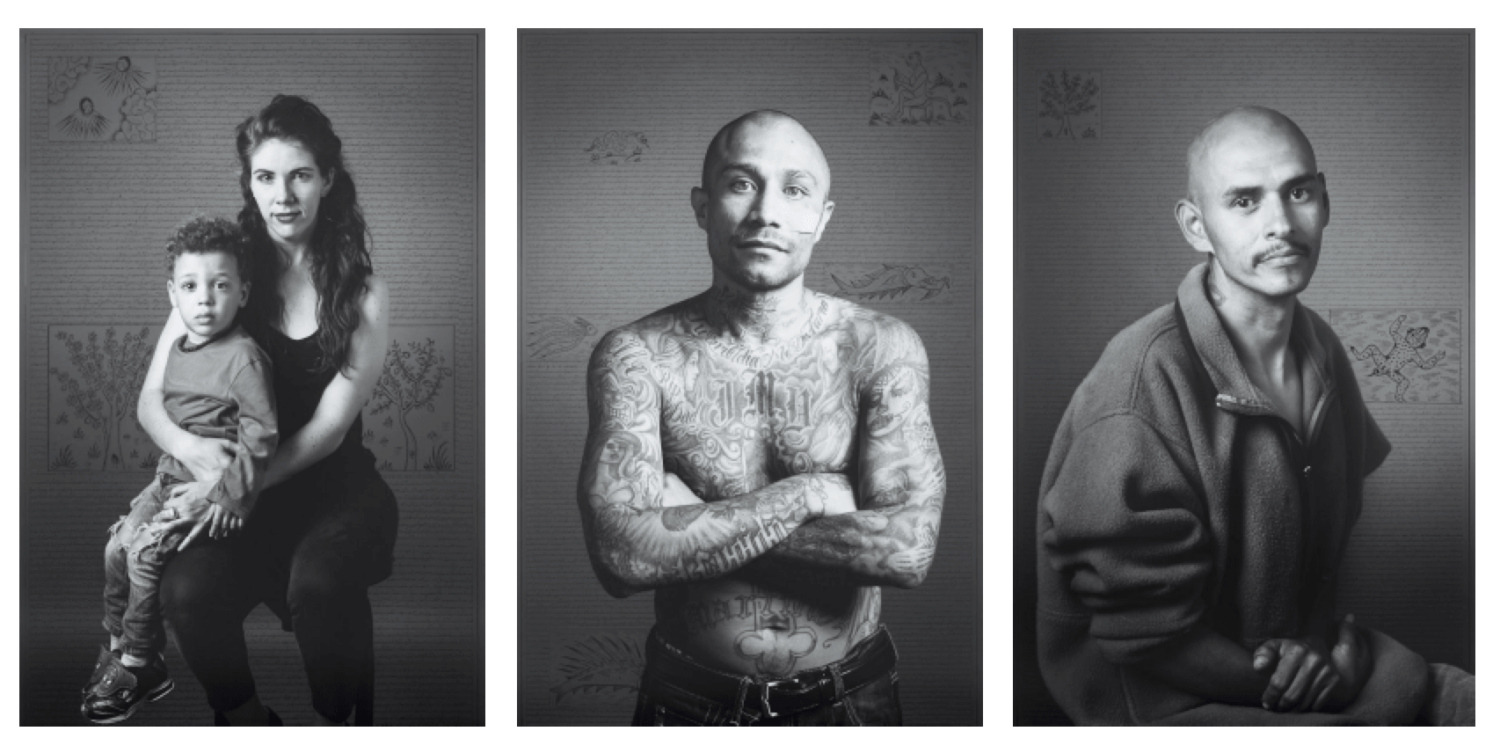 Shirin Neshat is an Iranian-born artist and filmmaker living in New York. Neshat works with the mediums of photography, video and film.

Neshat has held numerous solo exhibitions at galleries and museums worldwide, including the Museo Correr in Venice, Italy; the Hirshhorn Museum and Sculpture Garden, Washington D.C.; Detroit Institute of the Arts; the Serpentine Gallery, London. A major retrospective of her work, “Shirin Neshat: I Will Greet The Sun Again,” was recently held at The Broad Museum, Los Angeles and is currently on view at The Modern Art Museum of Fort Worth.

Neshat has been the recipient of the Golden Lion Award – the First International Prize at the 48th Venice Biennial (1999), The Davos World Economic Forum’s Crystal Award (2014), and the Praemium Imperiale (2017).

Neshat has directed two feature-length films, Women Without Men (2009), which received the Silver Lion Award for Best Director at the 66th Venice International Film Festival, and Looking For Oum Kulthum (2017). In 2017, Neshat also directed her first opera, AIDA at the Salzburg Music Festival, in Austria.