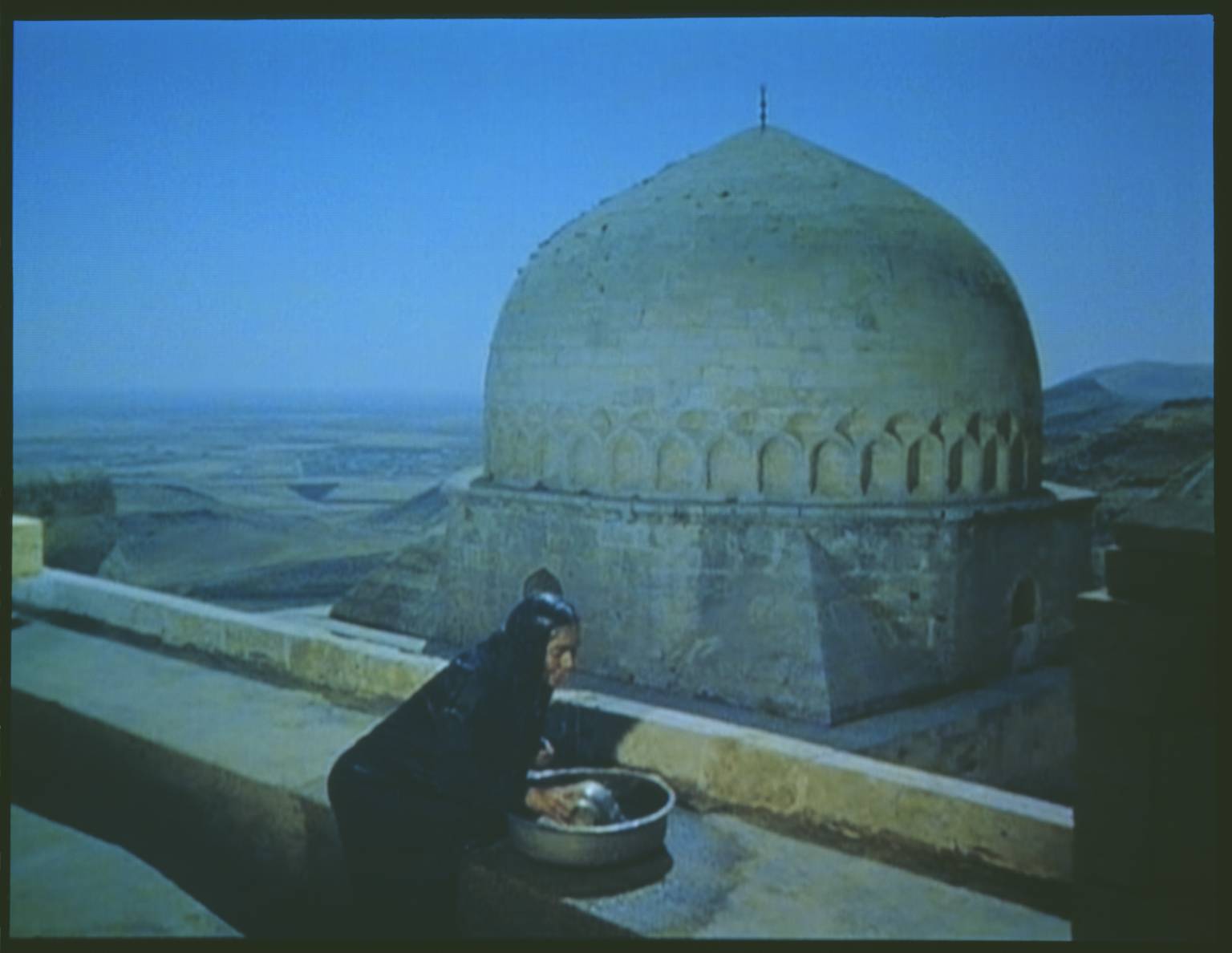 Soliloquy is a double-screen colour video projection produced in an edition of six plus one artist’s proof. Tate’s copy is number six in the edition. The work was shot on 16mm film and transferred to video for editing. The two videos are projected on opposite walls, usually in an enclosed space. They depict a veiled woman, the artist herself, taking parallel journeys in two different cultural landscapes. In one video she is depicted in a middle eastern city on the edge of the desert while in the other she is in a western metropolis. For most of the seventeen and a half minute duration of the work, the action in the films alternates between the two settings. When the woman on one screen is active, walking from place to place, her counterpart in the other projection stays still, often staring directly at the camera and thus appearing to watch her alter ego on the opposite screen. At these moments her face seems to register recognition and longing.