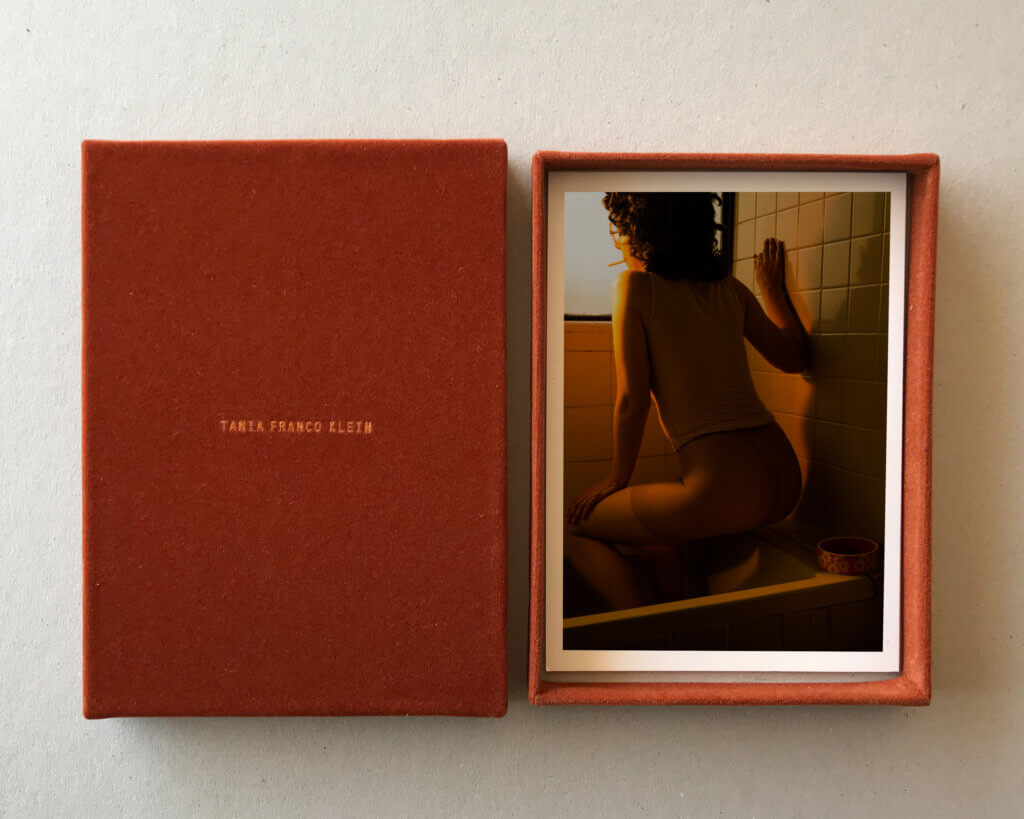 Tania Franco-Klein, Our Life in the Shadows, Special limited edition of postcard box-set, 2018. Courtesy of the artist & ALMANAQUE, almanaquefotografica.com

Tania Franco Klein: Our Life in the Shadows (2016-17)
"In his book, The Burnout Society (Stanford University Press, 2012), the philosopher Byung-Chul Han explores the idea that the overload of modern technology and the “culture of convenience” are catalysts for depression and various personality disorders". Franco Klein places this contradiction at the centre of her ongoing autobiographical project, which also explores the pursuit of the American Dream and facets of perfection. Staged photographs meticulously elaborated for the camera result in intense images revealing an obsessive treatment of colour, as the language to evoke a sense of mystery and evanescence that runs between lethargy and vigil. Her characters, entrancing yet exhausted, seem to be in an odd line between defeat and hope.
*Extract from the British Journal of Photography, Issue 7859-May 2017, p27 Aptitude Media Limited UK
Special limited edition of postcard box-set ; done and signed by the artist
Back to all events