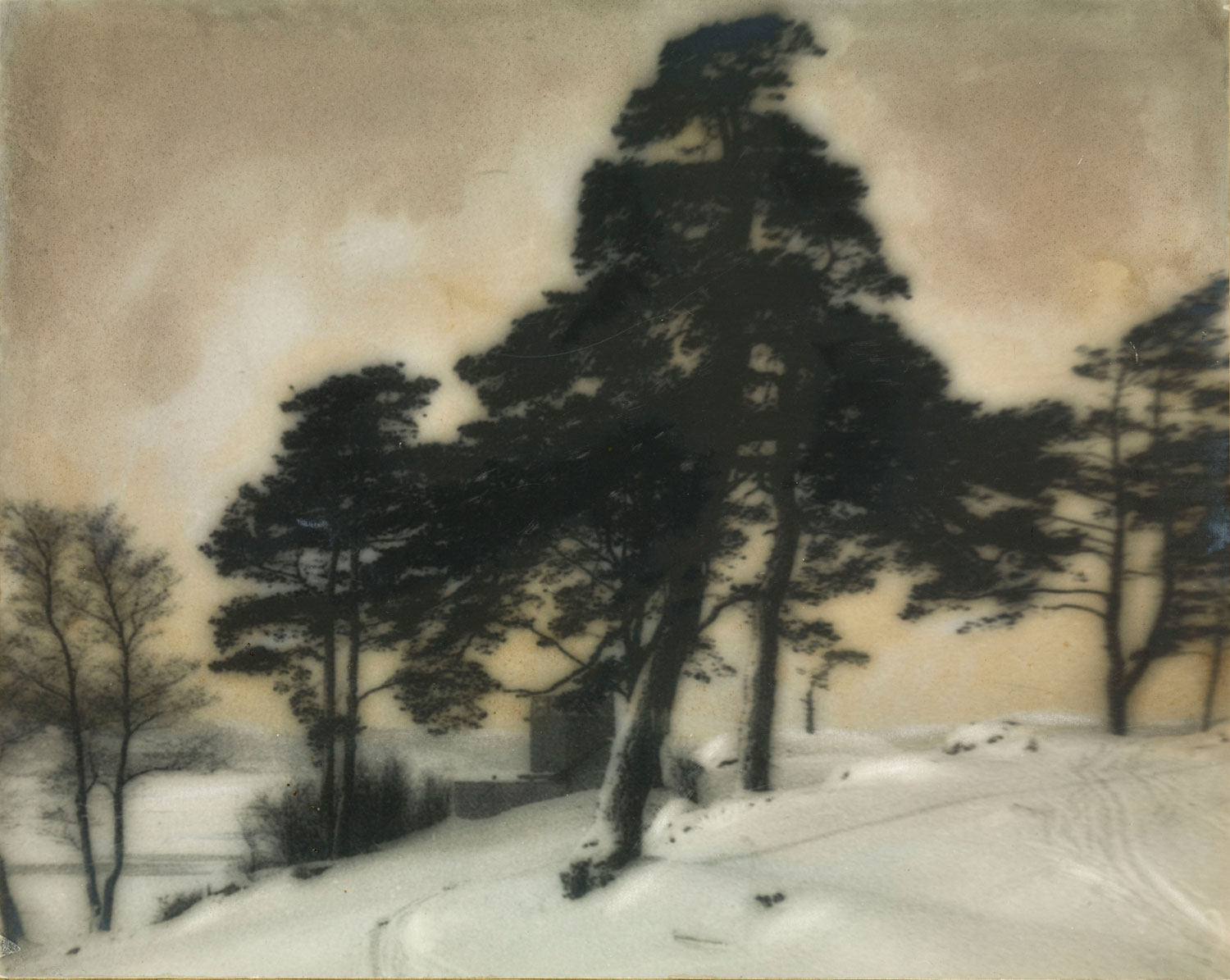 We are delighted to present a special virtual exhibition tour at Moderna Museet, Stockholm with Anna Tellgren, Curator of Photography.

The exhibition ”In Lady Barclay’s Salon – Art and Photography around 1900” highlights the period from 1890 and up to the First World War. It was a golden age for the arts in Sweden. A number of noteworthy figures appear within the fields of literature, music, art and architecture. Among them are Verner von Heidenstam, Ellen Key, Selma Lagerlöf and August Strindberg.

This exhibition offers a glimpse of visual culture from this period by means of some 300 works from the rich collections of Moderna Museet and Nationalmuseum. While most of these are Swedish in origin, there are some international examples.

The works span a period from the late 19th century to 1930. During this period, pictorialism developed as a distinct movement that took a different direction from amateur and professional photography. Technical advances, the arrival of roll film for example, made photography accessible to a wider circle of practitioners. The pictorialists, however, were interested in the craft of photography.

The style was inspired by impressionism, symbolism and naturalism, and there was a heated debate on how to develop photography as an art form. The monochrome portrait paintings of the symbolist Eugène Carrière, for example, clearly influenced art photography around 1900.

The pictorialists’ images are characterized by soft focus and a palette that ranges from brown, earthy tones to strong reds and blues. They worked with a variety of processes such as gum bichromate, platinum and bromoil printing with the purpose of creating or “painting” on light-sensitive paper.

This was the first international art photography movement to have a large number of prominent practitioners across Europe and the United States. Clubs were formed to promote this new art photography, among them were the Wiener Camera-Club, the Photo-Club de Paris and the Photo-Secession in New York, with famous members such as Alfred Stieglitz and Edward Steichen. The works were judged in competitions and shown in galleries and museums and at international salons. The style thus spread to Belgium, Holland, Italy, Poland, Russia, Spain and the Nordic countries.