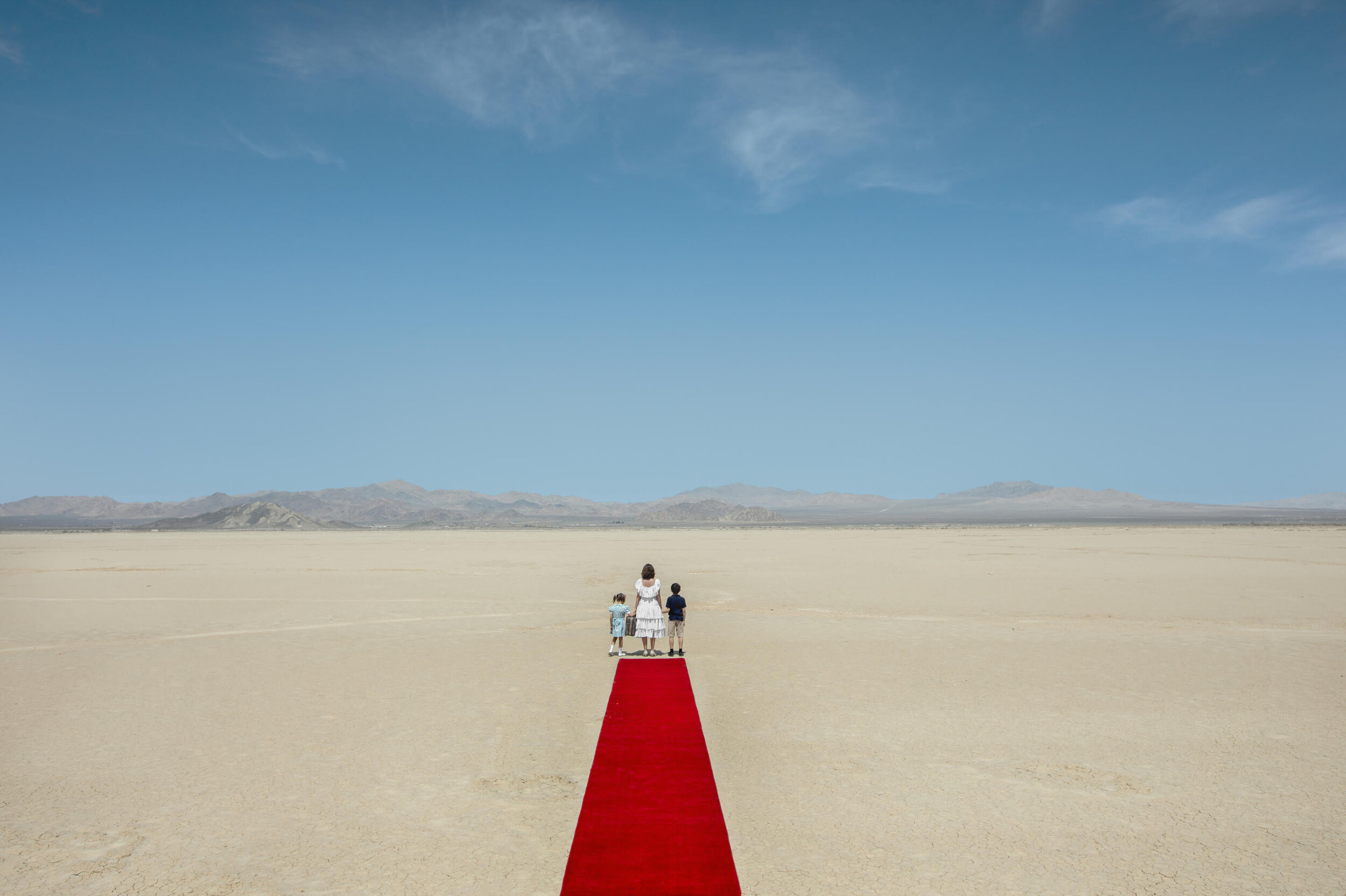 Diana Markosian’s Santa Barbara explores the nature of family and the American dream. Through a series of staged photographs and a narrative video, the artist reconsiders her family history from her mother’s perspective, relating to her for the first time as a woman rather than a parent, and coming to terms with the profound sacrifices her mother made to become an American.

Markosian (born 1989, Moscow) collaborated on this project with a scriptwriter from the 1980s American soap opera Santa Barbara (which her family had watched in Russia), a casting director, and a group of actors. Weaving together imagery of the artist’s childhood homes in Moscow and Santa Barbara, the work reconstructs the Markosians’ final days in post-Soviet Russia and their arrival in the U. S. The result is a deeply personal reimagining of her past and a powerful examination of the interplay between the idealized vision of California life and the reality of the immigrant experience.