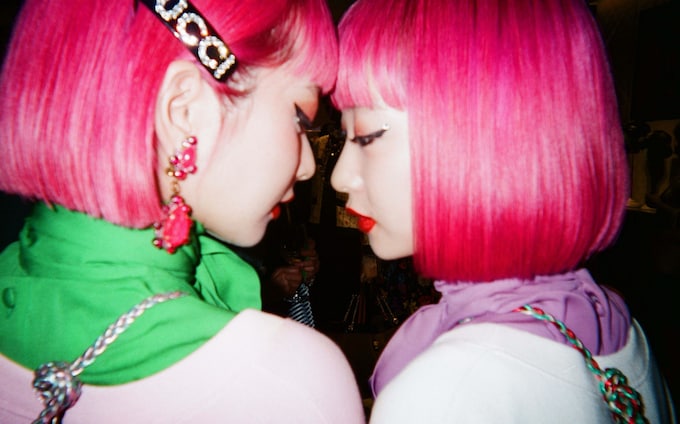 Join us for a very special virtual tour of Tokyo: Art & Photography at the Ashmolean Museum Oxford, with Lena Fritsch, Curator of Modern and Contemporary Art.

Tokyo: Art & Photography is a celebration of one of the world’s most creative, dynamic and fascinating cities. Including works on loan from Japan and new commissions by contemporary artists, the show spans the exquisite arts of the Edo period (1603–1868) when the country was officially closed to the outside world; the iconic images of Hokusai and Hiroshige; to the photography of Moriyama Daido and Ninagawa Mika. The exhibition looks at a city which has undergone constant destruction and renewal, telling the stories of the people who have made Tokyo so famous with their insatiable appetite for the new and innovative.

The exhibition opens with an immersive installation by Ninagawa Mika (b. 1972), created for the Ashmolean, before providing an introduction to Tokyo’s evolution from a small fishing village known as Edo to the sprawling metropolis of the 21st century. Some of the most enduring impressions of Tokyo, familiar even to people who have never been to Japan, were made in Utagawa Hiroshige’s sublime series, One Hundred Famous Views of Edo (1856–9). These prints, showing the beauty spots of Tokyo through the seasons, were hugely popular, reflected in the European passion for Japonisme and obviously influenced the Impressionists. Printmakers and photographers have continued to respond to the changing city, showing landmarks such as Tokyo Tower or the networks of wires, roads and railways that have multiplied as Japan has grown into an economic powerhouse. Tokyo’s artists have long offered alternative and personal views of their city, reflecting on the experience of living in a place under intense development. Mohri Yuko’s fieldwork photos for her Moré, Moré (‘Leaky, Leaky’) project show the ingenious quick-fixes in the underground to plug holes and stop water leaking on commuters’ heads.