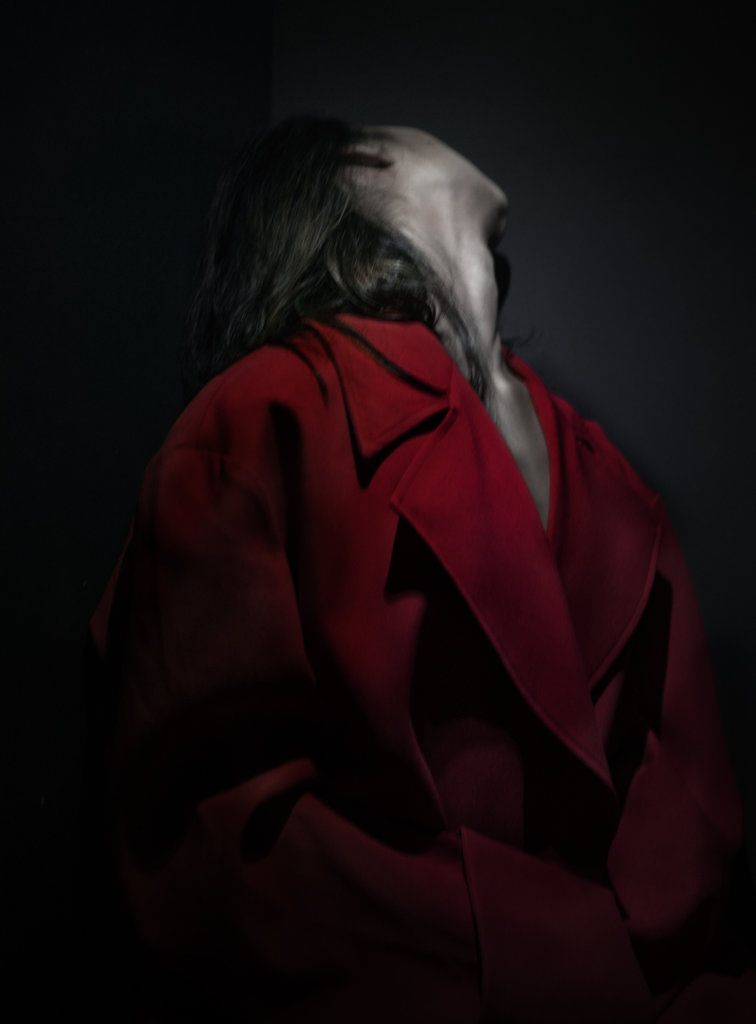 In this conversation Lucy Kumara Moore will discuss the collaboration and upcoming exhibition between magnum photographer Antoine d’Agata and fashion designer Yang Li.

OUR AIM IS WAKEFULNESS, OUR ENEMY IS DREAMLESS SLEEP IN OUR INDIVIDUALISM, WE FIND STRENGTH THERE IS NO AUTHORITY BUT YOURSELF

Born in Beijing in 1987, Yang Li left China to live in Australia aged 10 and then later moved to London and Belgium. Based in London, Li launched the brand in 2012 and has since shown 19 collections. YANG LI is featured on the official calendar of Paris Fashion Week as a member of the Chambre Syndicale de la Couture. In 2013, Li received the ELLE Style Award, as the Chinese designer of the year and the following year was selected as finalist for the LVMH Prize and ANDAM Prize. YANG LI is stocked in over 60 carefully selected stockists including Selfridges, Ssense, LN-CC, L’eclaieruer and 10 Corso Como amongst others. YANG LI’s romantic minimalism and storytelling through fashion is influenced by subcultures and rebellious visionaries and subverts the traditional pillars of luxury whilst maintaining highend production values. YANG LI champions spontaneity, endeavouring to capture raw human emotion likened to the difference between live and recorded music. Music has always been a profound influence and obsession for Yang Li, resulting in collaborations with Michael Gira / SWANS, Blixa Bargeld, Keiji Haino, Psychic TV, Jesu, JK Flesh, KK Null, Pharmakon, Torturing Nurse, Tropic of Cancer, Jehnny Beth, James Ginzburg and Genesis P-Orridge. In 2016 Yang Li launched the collaborative label SAMIZDAT, a fictional band that offers merchandise and live experiences.

Born in Marseille, Antoine d’Agata left France in 1983 and remained overseas for the next ten years. Finding himself in New York in 1990, he pursued an interest in photography by taking courses at the International Center of Photography, where his teachers included Larry Clark and Nan Goldin. During his time in New York, in 1991-92, d’Agata worked as an intern in the editorial department of Magnum, but despite his experiences and training in the US, after his return to France in 1993, he took a four-year break from photography. His first books of photographs, De Mala Muerte, and Mala Noche, were published in 1998, and the following year Galerie Vu began distributing his work. In 2001, he published Hometownand won the Niépce Prize for young photographers. He continued to publish regularly: Vortex and Insomnia appeared in 2003, accompanying his exhibition 1001 Nuits, which opened in Paris in September; Stigma was published in 2004, and Manifeste in 2005. In 2004 d’Agata joined Magnum Photos and in the same year, shot his first short film, Le Ventre du Monde (The World’s Belly); this experiment led to his long feature film Aka Ana, shot in 2006 in Tokyo.

Lucy Moore is the Director of Claire de Rouen, a specialist fashion and photography bookshop. She is also a curator and writer on contemporary art, photography and fashion. Prior to her role at Claire de Rouen, Moore worked as an artist as well as on curating projects for contemporary galleries and at the Museum of Contemporary Art in Sydney. She directed a book fair, Room&Book, at the Institute of Contemporary Arts in London in 2014 and 2015, and has recently set up a publishing imprint for Claire de Rouen. The first publication was released last September in collaboration with artist David Lieske, designer Eric Wrenn and Artforum magazine. At Claire de Rouen, she has organized exhibitions with artists including Jamie Hawkesworth, Marc Camille Chaimowicz and Christian Flamm, and has hosted launches with many photographers including Collier Schorr, Paul Graham, Nigel Shafran, Norbert Schoerner, Armando Andrade Tudela and Bill Henson. She recently curated Here We Are, a major exhibition of post war British photography for the luxury fashion brand Burberry.