Roman Road was founded in 2013 by Marisa Bellani and initially began as a project space. The peculiarity of the premises has had a direct impact on the gallery’s programme since its beginning. Tall and with a small footprint, the space led the director to challenge artists to employ the architectural elements in order to develop or restructure a body of work. Artists have frequently been asked to use the exhibition as a medium and have managed to transform the gallery room into a unique work of art. In 2014, the building underwent refurbishment to instate an additional private viewing space that gathers varied works by the gallery’s represented artists. Since completing this renovation in 2015, Roman Road has established a qualitative programme, including participations at art fairs, and has seen its represented artists become internationally recognised by institutions and collectors. 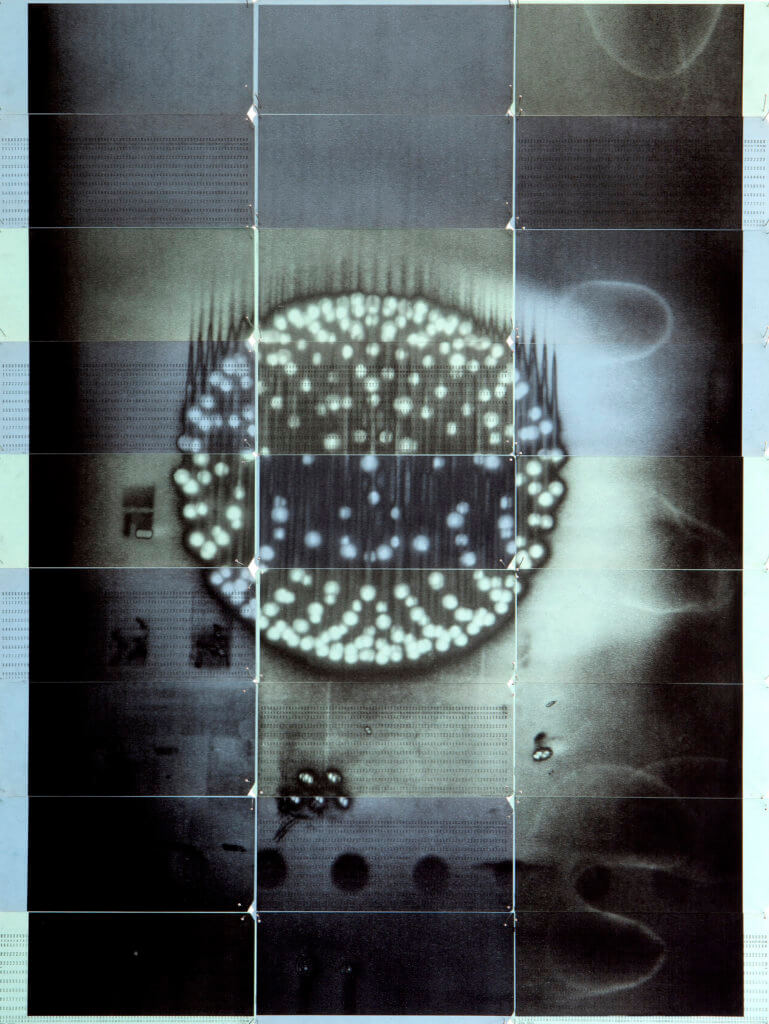 Antony Cairns
IBM LDN5_51
2017
74.7 x 56.1 cm
Inkjet on 27 green and blue computer punch cards assembled and mounted on archival cardboard with archival glue
Courtesy of Roman Road and the artist. © Antony Cairns
Back to all exhibitors