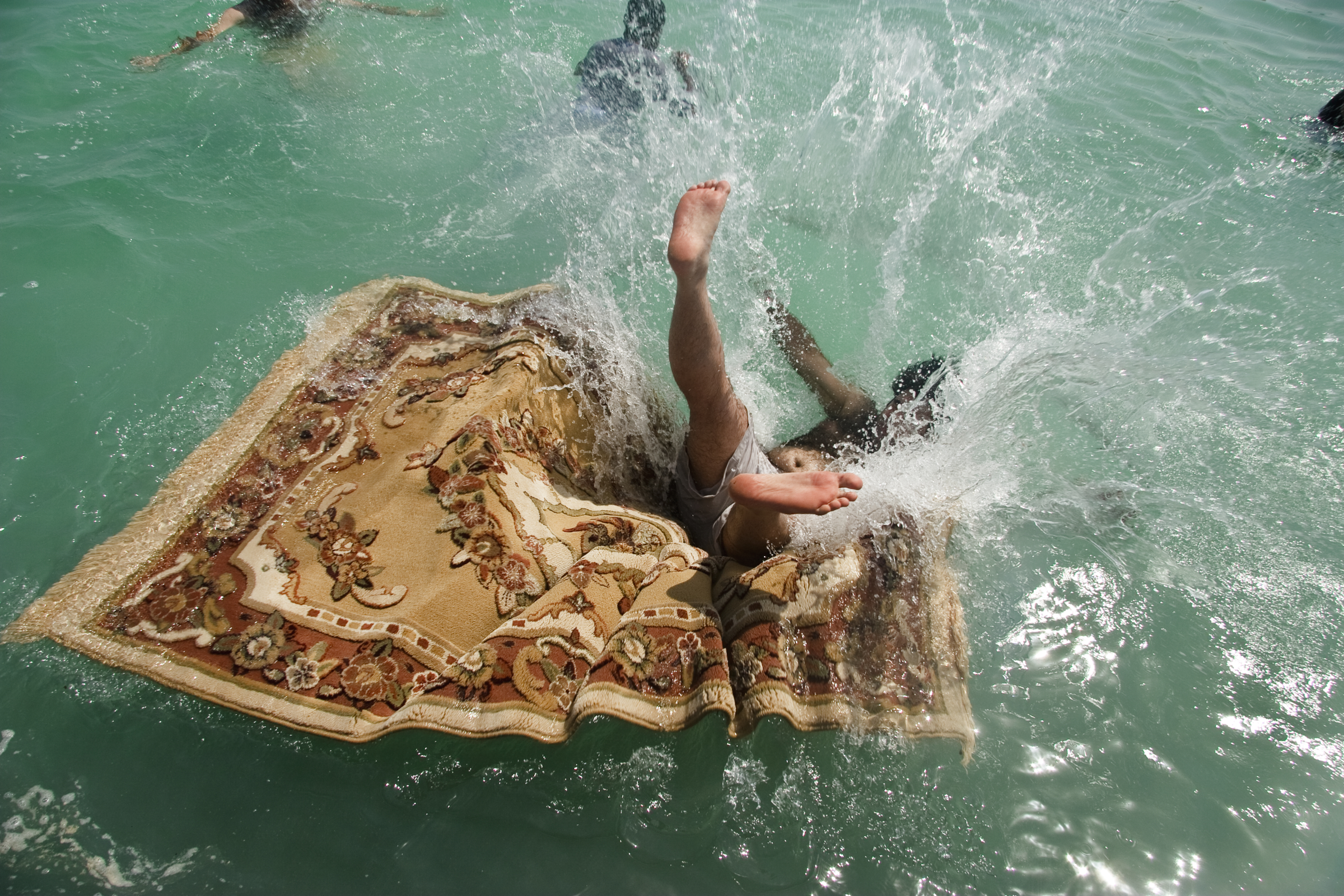 ● Photo London 2022 presents 106 exhibitors from 18 countries worldwide
● Exhibitor presentations span works from the 1850s through to today
● The Discovery section includes a special presentation on ‘Photography Crossing
Boundaries’ including sculpture, NFTs and The Rainbow Camera by artists Walter and
Zoniel
● Support for Ukraine with galleries presenting works by the Kharkiv School of
Photography, contemporary photographers still working in Ukraine and prints by
Philip-Lorca diCorcia of his photographs taken in Odessa
● Master of Photography Nick Knight presents ‘Nick Knight: Future’ an exhibition
spanning works from 1980s to new pieces made especially for the Fair
● A homage to Frank Horvat (1928 – 2020) with the twin focus Fashion and Paris at Night
● Photo London’s Talks Programme taking place at the Fair and online will feature 23
artists, including Anastasia Samoylova, Ron Haviv and Polly Braden
● An exciting programme of book signings featuring Isaac Julien, Bill Wyman, James
Barnor,Todd Hido, Gered Mankowitz, Anastasia Sampylova and many others
● The third edition of Photo London Digital will run from 11 to 29 May

This year’s Photo London — coming hot on the heels of September 2021’s sixth edition, the world’s
first international photography fair in almost two years — brings together exhibitors from across the
globe and presents a thrilling range of photography in all its forms, ranging from images from the
dawn of photography to new pieces that redefine of the medium. Fair Founders Michael Benson and
Fariba Farshad comment:
‘Photo London’s mission has always been to show the best of the past, present and future of
photography. This edition is no exception, presenting exhibitors and artists whose work not only
delights and surprises, but in many cases also challenges assumptions about what photography can
be. Invention is at the core of photography’s DNA and with it the ability to reach beyond its own
moment — whether it is the Countess de Castiglione sitting down to make a series of
ground-breaking self-portraits in 1856, the experimentations of photographers from the Kharkiv
School in Ukraine in the 1970s to develop a personal aesthetics in defiance of the codes of social
realism, or indeed the work of this year’s Master of Photography Nick Knight, whose photographic
practice encompasses sculpture and painting and for whom the purpose of photography is “to show
the world not just who we are, but who we want to be.”’ 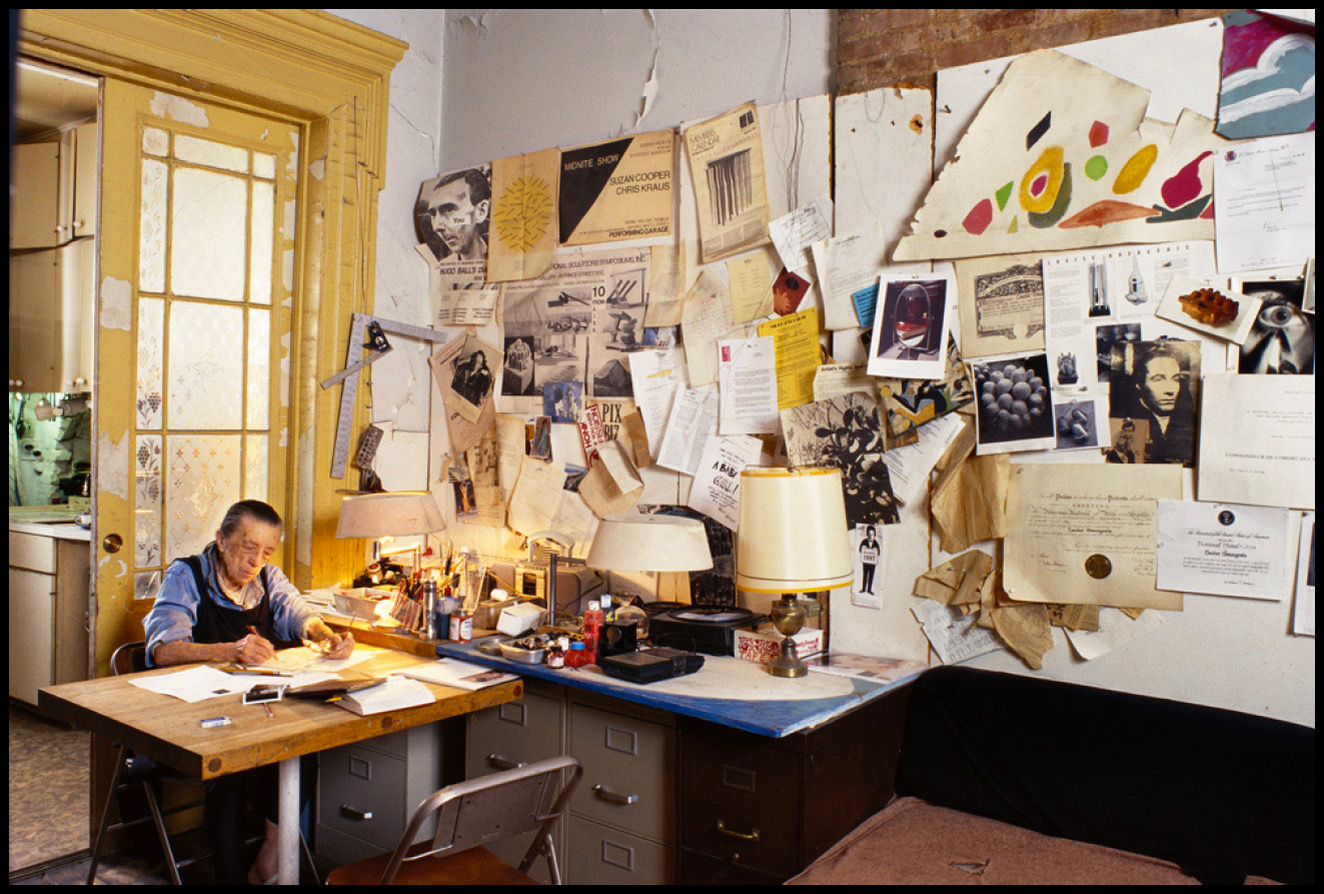 Solo presentations and group shows
Significant solo presentations at this year’s Fair include: Mikhael Subtozky at Goodman Gallery
(London, Cape Town, Johannesburg), bringing together key works across his oeuvre and including
the Ponte City collaboration with Patrick Waterhouse; Melanie Manchot at Parafin (London); Hannah
Hughes’ ‘Mirror Images’ series at Robert Morat (Berlin); Marianne Maric’s transdisciplinary
explorations of the body at Christophe Guye (Zurich); a celebration of the work of Edward Burtynsky
at Flowers (London); two solo presentations at Galerie-Peter-Sillem (Frankfurt) — the
Russian-American artist Anastasia Samoylova who is nominated for this year’s Deutsche Börse
Photography Foundation Prize and Alia Ali, the winner of our 2021 Emerging Photographer People
Choice’s Award; and the first recipient of The Economist’s 1843 magazine’s mentorship programme
for black photographers, Musa Tukurah.

The Fair’s ongoing commitment to the presentation of classic and vintage photography is everywhere
in evidence. James Hyman Gallery (London) presents rare ‘self-portraits’ dating between the 1850s
and the 1890s by one of the greatest figures in the history of photography, the Countess of
Castiglione. Hershkowitz (London) and Roland Belgrave (Brighton) continue to exhibit rare and
one-off pieces of nineteenth century travel, history and exploration. Curatorial’s (L.A) booth
celebrates the 1920s with mammoth Vintage gelatin-silver prints by Emil Otto Hoppé of America’s
industrial landscape combined with Paul Outerbridge’s 1920s vintage nudes. Lee Miller Archives
(East Sussex) presents ‘Surrealist Eye’, focusing on the Surrealist way of seeing in Lee Miller’s work
from as early as Paris in the 1930s through the many chapters of her life and shows these alongside
works by her husband Roland Penrose.

At Suite 59 Gallery (Amsterdam) vintage prints on the theme of ‘The Artist and his studio’ are on
show, presenting images of intimate observations of world-renowned artists in their habitat including
Pablo Picasso, Francis Bacon, Julian Schnabel, Jean Cocteau, Yan Pei Ming and David Hockney.
England & Co’s (London) presentation explores photography’s contribution to the radical art
produced by international avant-garde artists in the 1960s and 1970s, encompassing artists’ use of
photography as medium and method for documentation, experimentation, and visual statements
about politics and feminism with a particular focus on Anne Bean. 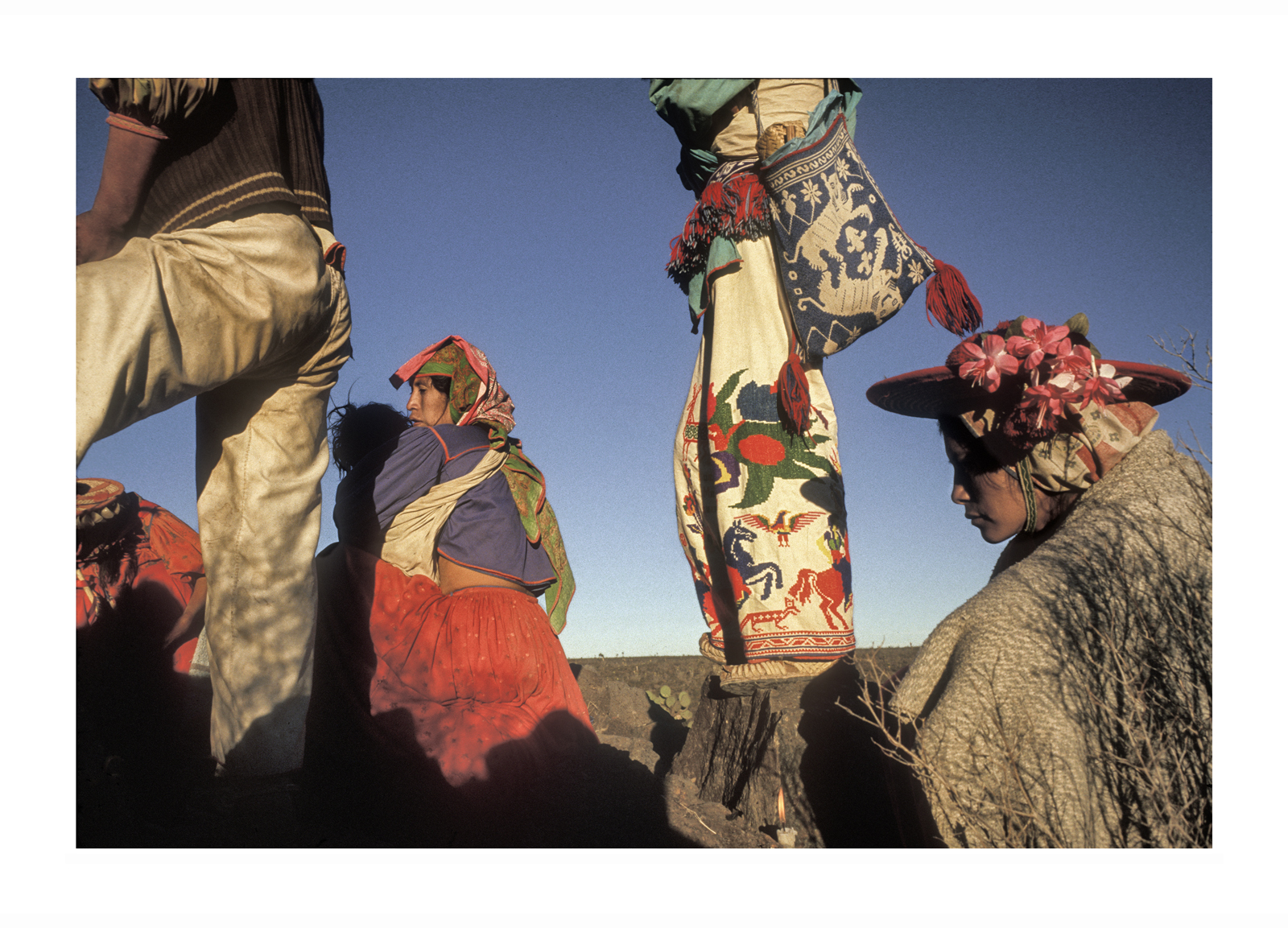 Discovery Curatorial Advisor Tim Clark comments: ‘Many of these tackle critically important subjects
and themes, including those related to diasporic experiences, the relationship between the body and
architectural space, the effects of climate change or representations of gender, in the process
providing many instances of beauty, provocation, comfort, revelation and, of course, sustained
exploration into the materiality of print and lens-based media.’

The Photo London x Nikon Emerging Photographer Award presents the work of last year’s
winner, Heather Agyepong, together with fellow shortlisted artists Almudena Romero and Alia Ali,
The winner of this year’s award will be announced at the Nikon space on 11 May.
Galleries coming from near and far 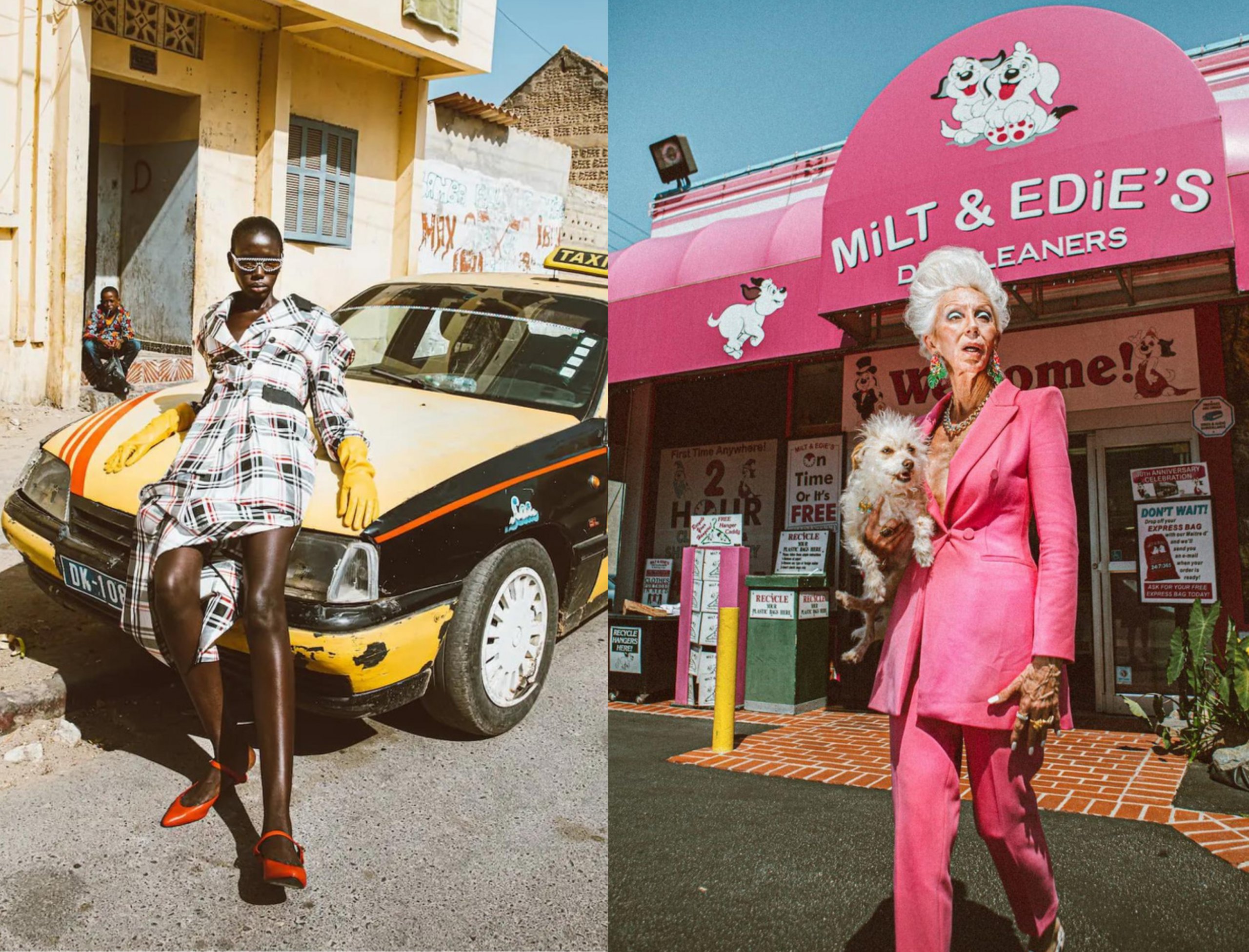 Photo London is pleased to feature exhibitors coming from all across the globe, with 35 cities
represented at this year’s fair. Among these are galleries returning from territories that were unable
to attend in September, including Galerie Thomas Zander (Cologne), Persons Projects (Berlin),
Reflex (Amsterdam), Versus Projects (Istanbul) and American dealers Euqinom (San Francisco),
Peter Fetterman (Santa Monica) and Holden Luntz (Palm Beach).

The following exhibitors are representing photography from Latin America: Carcara Photo Art (São
Paulo) presenting previously unpublished photographs by Luiz Antonio Nogueira Garrido of John
Lenon with Yoko Ono from 1969 during their honeymoon in Paris and the recording of ‘Give Peace a
Chance’; Albumen (London) is showing a ‘Latin American Salon’ with works by four photographers
coming from Brazil, Bolivia and Columbia; and ALMANAQUE fotográfica (Mexico City) presents a
group show of Mexican and French photographers.

Photo London is especially pleased to welcome several galleries that are devoting their booths to
supporting Ukraine: Alexandra de Viveiros (Paris) is presenting seven artists belonging to the
celebrated Kharkiv School forged a new iconography in the ’70s that defied the codes of socialist
realism and repressive censorship; while Ilex Gallery (Warsaw) is exhibiting works of the most
outstanding contemporary photographers alongside legendary artists from the Kharkiv school. Both
galleries are raising funds for the artists and their families, as well as the Ukrainian institutions
fighting to save their country and its culture, through the proceeds from the Fair. Joining the relief
effort, Sprüth Magers (London) and David Zwirner (New York, Paris, London and Hong Kong) are
showing prints of Philip-Lorca diCorcia’s images from his time spent in Odessa, Ukraine in the late
’90s. The funds raised from the sale of these will immediately go to grass-roots charities to help
those suffering from the humanitarian crisis.

Further UK exhibitor highlights include: The Photographers Gallery including in their presentation a
series of works by the distinguished Iranian photographer Gohar Dashti; Imitate Modern showing
Tyler Shields; UNIT 7 /Prahlad Bubbar returning with works from two photographers Eckart
Muthesius and Shubha Taparia, who have made architecture the focus of their practice; The Gallery
of Everything presenting a selection of photographic works from the canon of 20th Century
alternative art makers; and Iconic Images presenting ‘Rockers, Royals and Rebels’ including works
by Gered Mankowitz, Kevin Cummins, Bill Wyman who will be doing special book signings at the
Fair. 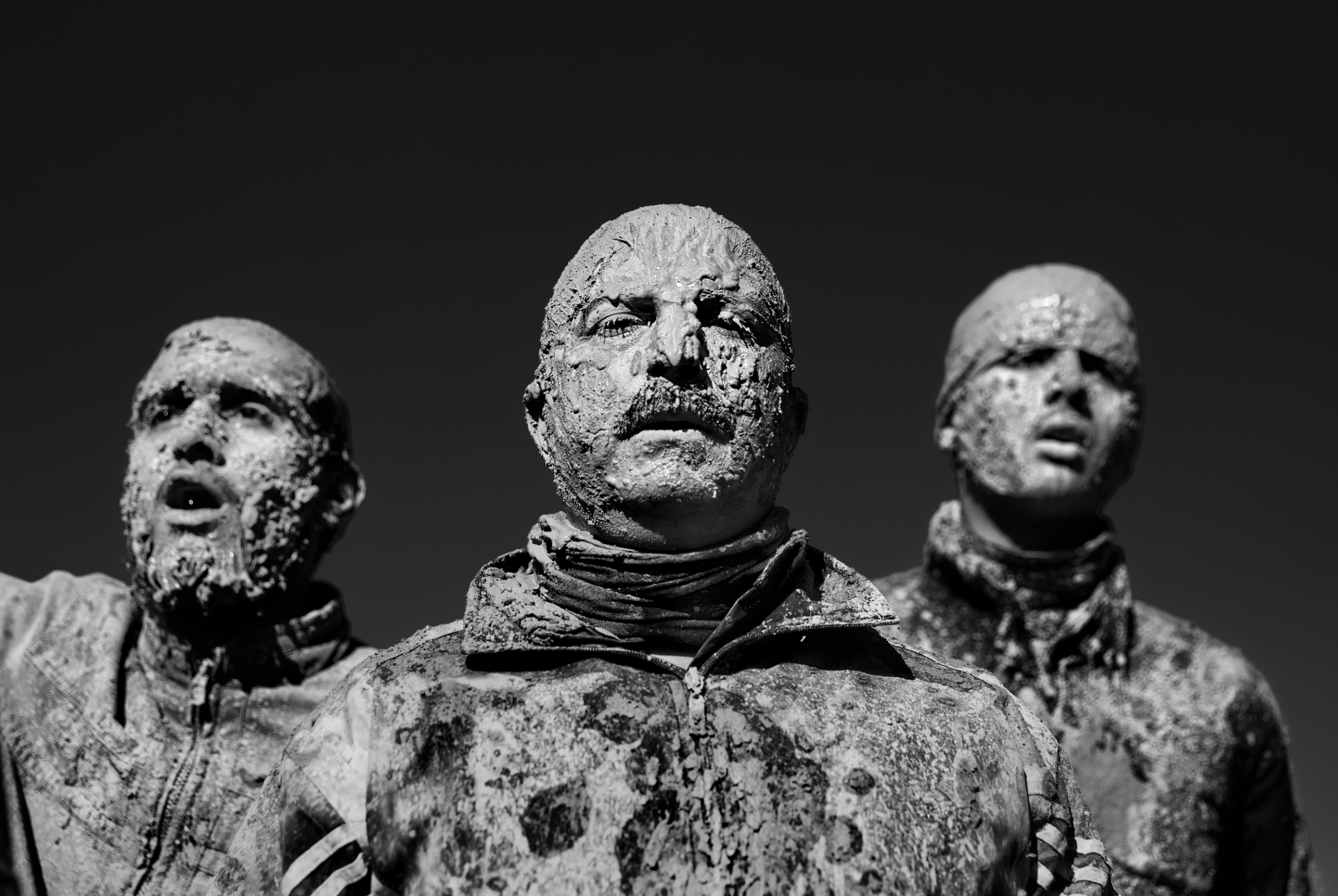 Thanks to a collaboration with Somerset House, Photo London has been able to extend the footprint
of its publisher’s section. Joining stalwarts such as Aperture (New York) and Thames and Hudson
(London), there are also newcomers to the fair: OSMOS (New York), Dobedo (London, Setanta
Books (London) Jane & Jeremy (Brighton) and Overlapse Books (London), Black Box Publishing
(Cape Town).

The Master of Photography exhibition this year is ‘Nick Knight: Future’, an exhibition of key
works across Knight’s career from the ’80s until today. Spanning fashion, portraiture, still life and
landscape, the works are realised as photography, film, installation and a vast new sculpture. As
Knight explains, photography is the jumping off point for a creative vision that encompasses all
media and combines art historical influences with the newest technologies: ‘being a photographer is
actually not about what you see, it’s about what you feel and that feeling can be transformed into any
art form,’ he says. ‘We are probably in the most exciting time for creativity ever.’
Visit here for full information about ‘Nick Knight: Future’.

The second exhibition in this year’s Public Programme is a homage to the legendary photographer
Frank Horvat (1928 – 2020). Throughout a career that lasted seven decades, Horvat was constantly
experimenting and adapting to new technologies making work that transcended the prevailing
photographic orthodoxy and revolutionaised fashion photography. Curated by his daughter
Fiammetta Horvat, the exhibition focuses on Horvat’s fashion work for leading magazines and
images depicting Paris at night.

Visit here for full information about the Frank Horvat exhibition. 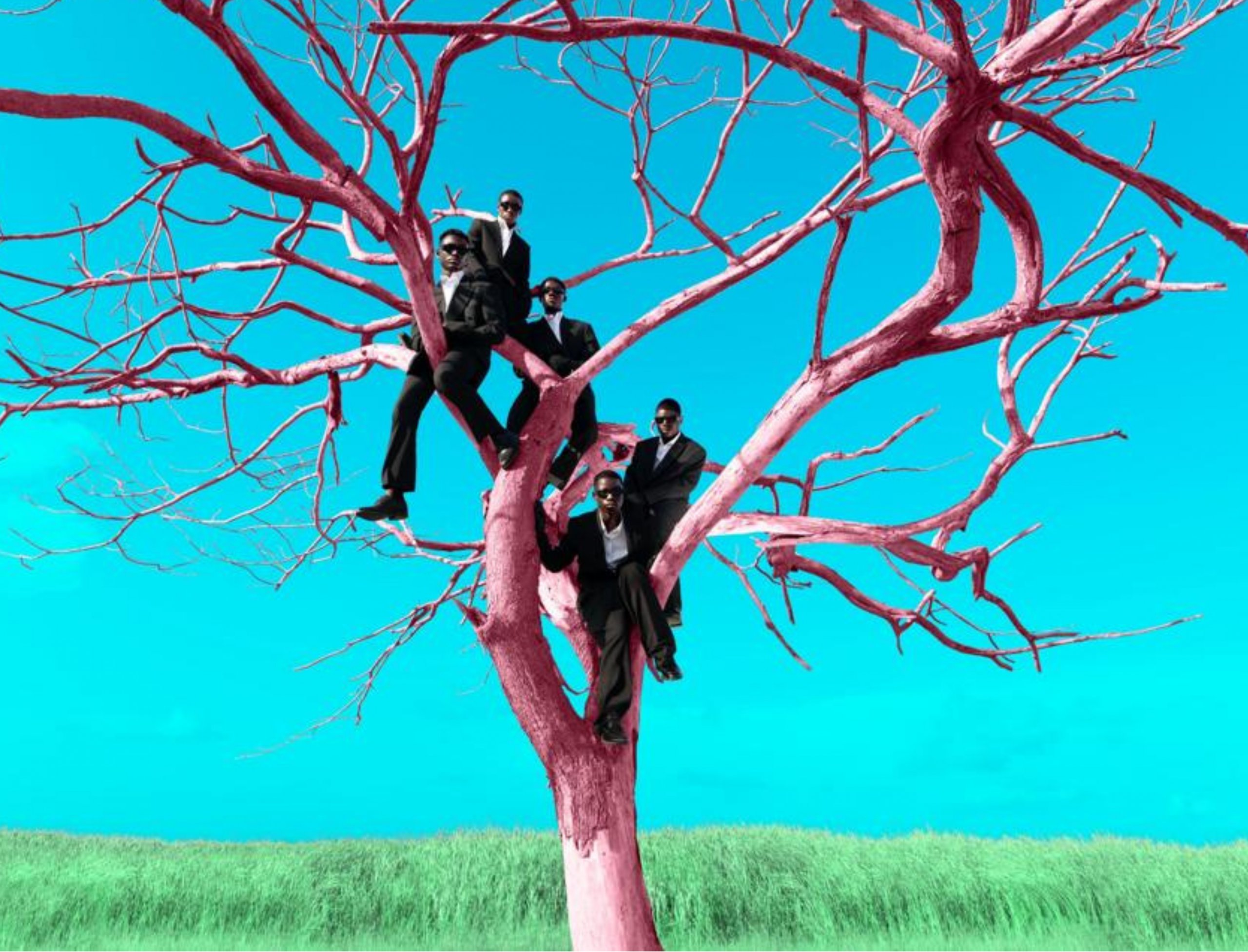 Talks programme
Photo London has also today released details of its acclaimed Talks Programme curated by William
A Ewing. The talks will be held both at the Fair and online, providing listeners with a unique insight
into some of the world’s most exciting voices in the medium. Talks include artist Anastasia
Samoylova in conversation with writer, curator, artist, and educator David Campany; Scottish
documentary photographer Polly Braden and writer and art critic Hettie Judah discuss topics raised
in Polly’s work Holding the Baby; plus visual artist Melanie Manchot talks to Dr David Dibosa about
her multifaceted and performative practice that embraces photography, film, video, and installation.
Photo London’s Official Partner Nikon showcases a strong line-up of Fair talks to complement the
programme and an exciting pre-fair programme of online talks together present a thrilling range of
photography in all its forms.

Photo London Founders, Michael Benson and Fariba Farshad, praised the work of the Fair’s
Curatorial committee in steering this final gallery selection:
‘Our curatorial committee under the chairmanship of Philippe Garner, has played an invaluable role
in helping us shape this year’s Fair. They have been determined to drive up quality and we thank
them for their tenacity in that regard. We are thrilled to be able to present such an outstanding group
of galleries and artists to the many museum groups and individual collectors who are returning to
London for the first time since May 2019. They will find much to admire. Here is photography in all its
blazing glory. At every turn this year’s Fair delivers a powerful reminder that Photo London remains
the key international destination for anyone who is intrigued by the ever unfolding story of
photography.’