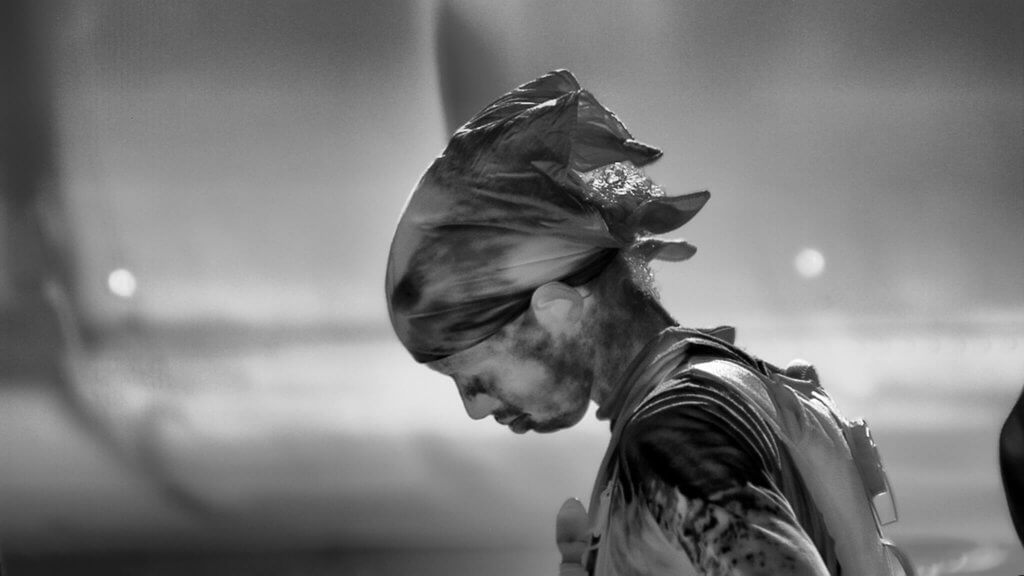 Some background on Incoming

Barbican Art Gallery has invited conceptual documentary photographer and Deutsche Börse Photography Prize winner Richard Mosse to create an immersive multi-channel video installation in the Curve. In collaboration with composer Ben Frost and cinematographer Trevor Tweeten, Mosse has been working with a new, powerful telephoto military camera that can detect the human body from a distance of more than 30km and accurately identify an individual from 6.3km, day or night. He has used this technology to create an artwork about the migration crisis unfolding across the Middle East, North Africa and Europe. Narratives of the journeys made by refugees and illegal migrants are captured by this thermal camera which records the biological trace of human life. Projected across three 8 metre-wide screens, the video installation is accompanied by a visceral soundtrack blurring ambient field recordings with synthetic sound design to create an overwhelming, immersive experience.

Richard Mosse said: “I am European. I am complicit. I wanted to foreground this perspective in a way, to try to see refugees and illegal immigrants as our governments see them. I wanted to enter into that logic in order to create an image that reveals it. So I chose to represent these stories, really a journey or series of journeys, using an ambivalent and perhaps sinister new European weapons camera technology. The camera is intrusive of individual privacy, yet the imagery that this technology produces is so dehumanised – the person literally glows – that the medium anonymizes the subject in ways that are both insidious and humane. Working against the camera’s intended purpose, my collaborators and I listened carefully to the camera, to understand what it wanted to do — and then tried to reconcile that with these harsh, disparate, unpredictable and frequently tragic narratives of migration and displacement.”