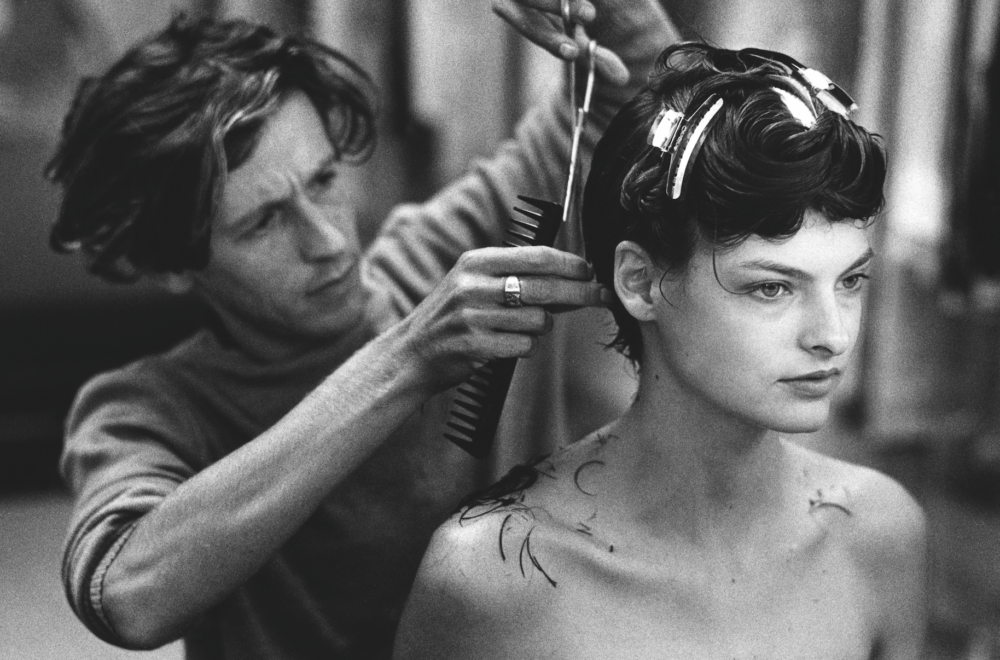 Peter Lindbergh’s legacy is celebrated in a new book published to coincide with the opening of the photographer’s great, last self-curated exhibition Untold Stories, in A Coruña on 4 December 2021.

The book is based on a sequence of interviews with the people – the models, photographers, gallerists, art directors, curators and critics – who played a key role in shaping Peter Lindbergh’s world. It is both a portrait of a peerless artist and a celebration of Galicia.

The text of Raw Beauty is based on 22 interviews conducted by Michael Benson during the summer of 2021. The result is an interconnected group of stories that offer a unique insight into the relationship between the photographer and his subjects each of whom, in their own way, speaks of the joy of working with Peter Lindbergh.

Commenting on the development of text Michael Benson said: “I was determined to stay as far behind the action possible, to create an authentic set of voices without inserting myself into the process. This was not about me but rather an attempt to celebrate the magical relationship that Peter Lindbergh was able to create between subject and artist. My job was to capture that magic in a text that was as true to the individual as possible. Peter turned out to be an interviewer’s dream. All I needed to do was to ask ‘so what was it like, working with Peter? and the stories would come tumbling forth. Not only stories but photographs too…Lindbergh and Roversi on stage in Arles; Peter curating on the TGV; Peter, Babeth Dijan with seventeen-year-old Naomi Campbell; Azzedine’s legendary kitchen; Kate Moss with her arm in plaster and so on. And what happened as we went was that a connected narrative began to emerge not only between each of the characters but also between Peter Lindbergh and Galicia…”

As Peter Lindbergh’s son Benjamin has said: “Galicia resonates with Peter’s penchant for endless coastlines and powerful atmosphere, a land where forces of nature prevail. A Coruña perfectly illustrates his obsession for industrial environments, rooted in his childhood spent in Duisburg, Germany.

A relationship that is also highlighted by Marta Ortega Pérez in her introduction to Raw Beauty: “Peter and Galicia have, in my heart, great similarities: savage nature, natural beauty, the human warmth that makes you feel alive. Every moment for Peter was a moment of magic… Before meeting him, I was able to admire his work as an artist freely without thinking of him as a person. However, surprisingly, even more fascinating than his powerful poetic images, was getting to know him and understand where all this magic was coming from.”

The individual stories in Raw Beauty coalesce to create a highly personal portrait of Peter Lindbergh as an artist obsessed by light and movement always in search of the truth behind the façade. A photographer who set women free from the tyranny of beauty, a storytelling poet of imperfection.

Michael Benson is the co-founder of the cultural agency Candlestar and Photo London. He is also Director of the Prix Pictet which since its foundation by the Pictet Group in 2008 has become the world’s leading photography prize. He has curated over 100 Prix Pictet exhibitions worldwide and edited twelve books. He is also an award-winning writer and film producer. His videos with Gustav Metzger and John Berger were released in 2003 and 2004 respectively. His book of poetry 1000Years1000Words won a D&AD Silver Award. He is a fellow of the Royal Society of Arts.

Raw Beauty is published designed by Baron and Baron and published in English, Spanish and Galician by Profirst.