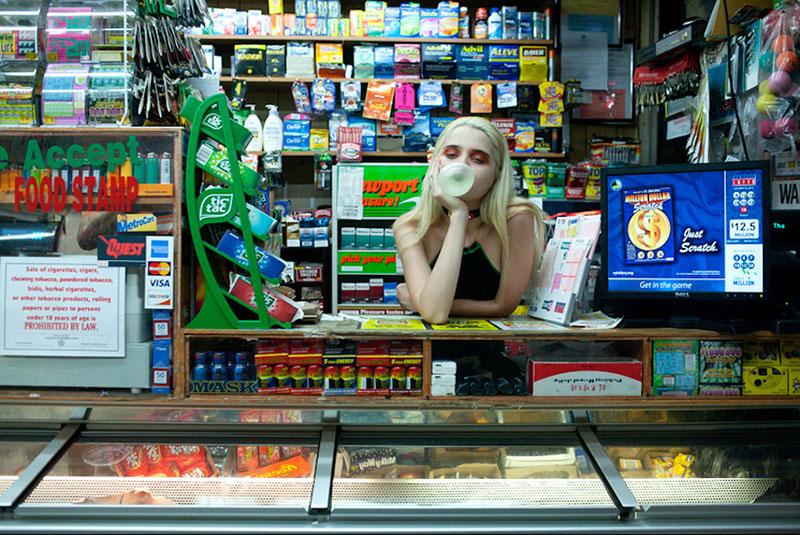 Photo London is delighted to announce the details of its sixth edition, featuring over 100 exhibitors who will show the best of international photography in the spectacular neoclassical architecture of Somerset House. To date the Fair’s Curatorial Committee has confirmed 93 exhibitors from 22 countries and is carefully considering the last applicants who could further strengthen the Fair’s offer.

Michael Benson and Fariba Farshad, Founders of Photo London said: ‘We are enormously grateful to our Curatorial Committee for urging us to take time and great care over the curation of this year’s Fair. This has paid dividends. The exhibitor list already has great strength and depth and it gets stronger by the day. We are also delighted to be able to champion the work of so many outstanding women photographers including, of course, our sixth Master of Photography, Shirin Neshat.’

This year, Photo London consolidates its commitment to showing the best historic and vintage photography together with a focus on future directions in photography. This is particularly evident in the development of an exciting group of young galleries, many of whom – such as Black Box Projects, Webber and MMX Gallery— have previously exhibited in the Discoveries section and will now exhibit for the first time in the main section of Photo London.

Roderick van der Lee, Director of Photo London, stated: ‘I am proud to see that this year’s expanded curatorial focus and close dialogue with exhibitors has resulted in such exceptionally strong and considered presentations. Booths exploring either the depth of a single theme, the boundaries of photographic process and material, or the scope of a single artist or time-frame are complimented by an increased institutional presence at the fair in the form of exhibitions and a professional curators symposium. All in all, I think the coming of age of photography is beautifully reflected in this year’s edition of Photo London.’

This open dialogue with exhibitors has resulted in a series of strong themed booths, including Bastian (London) gallery’s presentation of Polaroid works from legendary artists Andy Warhol, Cy Twombly and cinematographer Wim Wenders; and Prahlad Bubbar’s (London) juxtaposition of unique 19th century with 21st century prints of architecture in India.

Several exhibitors feature artists who will also be presented in major London exhibitions this spring. They include Zanele Muholi at Autograph (London) who will feature in a major exhibition at Tate. Also, Karen Knorr at Sundaram Tagore Gallery (Singapore, NYC, Hong Kong) and Karlheinz Weinberger at Galerie Esther Woerdehoff (Paris) are among the group of photographers taking part in Barbican’s monumental Masculinities exhibition.

This year there is again a significant emphasis on solo presentations in both the Discovery section and the Main section. In the main section, these include Miles Aldridge at Christophe Guye Galerie (Zurich); Todd Hido at Reflex Amsterdam; Delphine Diallo at Fisheye Gallery (Paris); Guido Guidi at Large Glass (London); Ralph Ziman at The Rendon Gallery (L.A.); Hsu Ching-Yuan at galerie_frédéric moisan (Paris) and Margaret Courtney-Clarke at SMAC Gallery (Cape Town; Johannesburg; Stellenbosch). In the Discovery section solo presentations include Alastair Whitton at Black Box Publishing (Cape Town) and Sebastian Cramer at GUDBERG NERGER (Hamburg).

As a new addition to the Discovery section, Photo London has created an informal space to meet and network within the fair. This year, the space will host the inaugural event of Photoworks’ (Brighton) 25th anniversary programme – a special exhibition celebrating Photoworks Annual magazine and interrogating the institution’s archive.

Master of Photography – Photo London is delighted to present the 2020 Master of Photography Award to the Iranian artist Shirin Neshat (b. 1957, Qazvin, Iran). The award is given annually to a leading contemporary photographer who is the subject of a special exhibition at the fair. Neshat’s exhibition will feature the photographic series ‘The Home of My Eyes’ (2015), shown in the UK for the first time, the film ‘Roja’ (2015) and a site-specific photo installation, comprised of a collection of her unseen mood books, studies and finished photographs. Moreover, in a first for Photo London the Master of Photography exhibition will be extended beyond the fair days until the 21st of June.

‘Stand Up, Sit Down: Voices of Women in Photography’ – A special exhibition organised on behalf of the HUNDRED+ HEROINES Foundation celebrating exceptional image-making from women artists from around the world. It will include the work of an outstanding group of women artists including Alix-Marie, Elina Brotherus, Ellen Carey, VALIE EXPORT, Yushi Li, Susan Meiselas, Marcia Michael, Tracey Moffat, ORLAN, Josephine Pryde, Newsha Tavakolian, and Gillian Wearing.

Iain Forsyth & Jane Pollard: Multigraphs Installation – With Kate MacGarry Gallery, Photo London presents an interactive installation by Iain Forsyth & Jane Pollard featuring portraits from their ongoing Multigraphs series. These images are made using a Victorian technique that allows the simultaneous capture of five views of a subject. Their interactive installation will allow visitors to experiment with the optical illusion first-hand.

Rankin: Eyescape – Fascinated by eyes throughout his career, Rankin’s Eyescape series has seen him photograph in extreme close-up and intimate detail the irises of models and celebrities, including the eyes of Heidi Klum, Seal, and supermodel Kate Moss for the auction house Christie’s in 2012. For two days during the Fair (13 and 14 May) Rankin will install a temporary studio and invite visitors to experience a Rankin photoshoot to create a photograph of their own iris. These works map your eye to produce unique and profoundly individual portraits. Every sitter will receive a 1080×1080 px image of their Rankin Eyescape for free – supplied ready to be uploaded to social media. Slots are booked in advance with a limited number of drop-in places available throughout the day.

SAVE THE 20X24 – 20×24 Studio Berlin is a renewed initiative to celebrate and save large format instant film.  The 20×24 Polaroid Land Camera was developed by Edwin Land in the 1970s to promote the release of the 8×10 Polaroid Polacolour film through the larger and more dramatic spectacle of large format photography. Many artists including Andy Warhol and Nobuyoshi Araki appreciated this format and were celebrated for their 20×24 Polaroids, however, only six Polaroid Land Cameras were ever produced and only two are still operational. The current components for the developer chemistry are a finite resource, meaning these unique analog cameras may no longer be operational by 2022. Polaroid Land Camera #5 will be installed at Photo London and several artists and photographers, both emerging and established, will create a unique Polaroid artwork in front of visitors to raise awareness and support for this legendary medium.