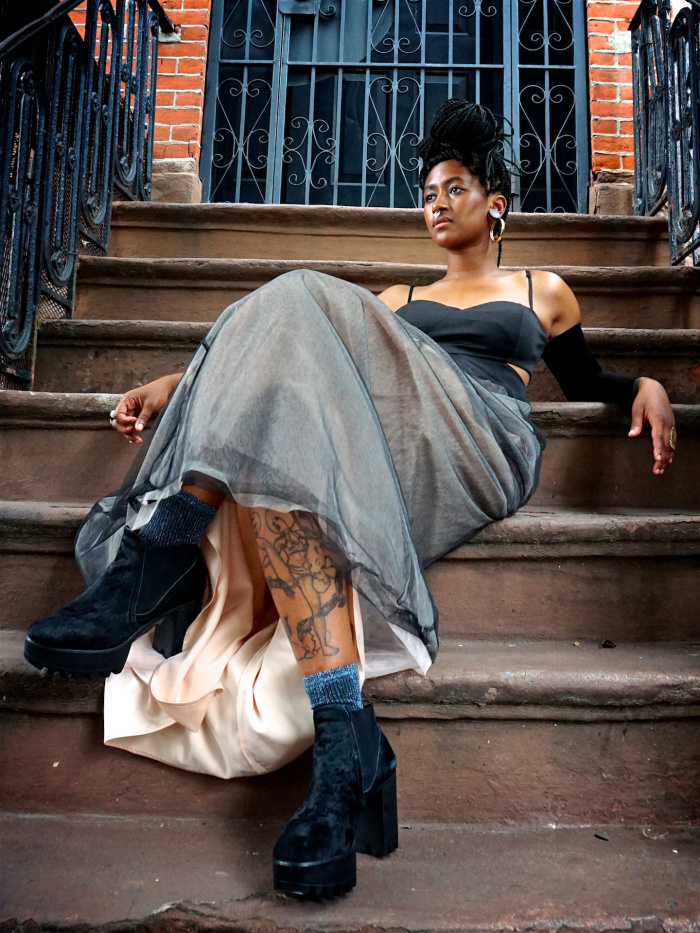 Photo London is delighted to present this panel, which will explore the concept of the female gaze in 2018 and what it means to represent gender in photography. This is the first event in a series covering gender representation in photography.

For this evening event, the Arts & photography editor of Dazed, Ashleigh Kane and the Arts & Culture editor from Gal-Dem, Micha Frazer-Carroll, have respectively invited artists Jade Jackman and Aisha Pegley to discuss their work and how it can be contextualised within the concept of the female gaze, gender representation & contemporary art world.

Ashleigh Kane is a curator, producer, consultant and freelance writer and copywriter, and frequently shifts amongst the realms of subculture, fashion, art, music, and beauty.
Born in Melbourne, she has been based in London since 2009 and previously worked in PR before joining the Dazed Digital team in 2013. She became the Arts & Culture editor in 2014.
In November 2017, Ashleigh’s first solo show as a curator, AM I MAKING SENSE, was sponsored by Melissa Shoes. It featured Ruth Ossai with stylist Ibrahim Kamara, Shon Faye with director Bec Evans, and Elizabeth Gabrielle Lee with set designer Clarissa Livock.

In Summer 2016, alongside New York’s Art Baby Gallery’s Grace Miceli, she curated a one-night-only exhibition titled A New Sensation at Mother London. The show featured 20 London-based artists including Campbell Addy, Ronan Mckenzie, and Polly Nor, and was attended by over 500 people.

Jade Jackman is an emerging filmmaker who likes to blur the boundaries between fact and fiction in her work. As a self-shooting director, she can often be found looking through things like cameras, books, and nightclubs on the search for a new story. She is particularly passionate about women’s rights and making work about the criminal justice system. Her music videos and content pieces have been featured in places such as Nylon and Vanity Fair. However, she is best known for her form breaking documentary work which has received praise in places such as i-D, Dazed & Confused and caused Sleek magazine to define her as a filmmaker forging a new form of political filmmaking. Having said that, other people suggest she might be better suited to making horror movies.

Micha Frazer-Carroll is arts and culture editor at gal-dem, a magazine created by women and non-binary people of colour. With bylines in the Guardian, HuffPost and Dazed, she is particularly interested in how politics and society relate to art and culture.

Aisha Pegley is a 24-year-old photographer and writer. She has produced work for gal-dem for a number of years, most recently shooting with performance artist and activist Travis Alabanza, and has written about her relationship with her mother and her Indonesian heritage.