Photo London in the Press

The excitement about Photo London continues to build in the press with a fantastic list of Discovery highlights selected by curator Tristan Lund for Wallpaper*. This was echoed by an extensive ‘ones to watch’ feature in British Journal of Photography’s talent issue and a positive mention of the Fair in Le Figaro‘s new culture magazine.

Fay Watson has written a four-page feature on Photo London which has appeared in both The Resident and The Hill Resident. Fay opens her piece by introducing Photo London as one of the world’s foremost collections of innovative and classic art alike, and notes that the Fair celebrates the varying incarnations of photography in its entirety. For the article, Fay interviewed Jessa Fairbrother, Tessa Traeger and Tom Hunter who discuss their work and what it means for them to be part of Photo London. Fay selected twelve images to illustrate her piece and concludes it by highlighting that “Photo London is one of the best places to stay atop this cusp of artistic and photographic innovation we’re experiencing in our city at the moment”.

The resident also selected Photo London as one of 49 things to do in London in May for an online piece by Victoria Purcell. Victoria highlights that the world’s leading photographers, curators, exhibitors, dealers and the public will come together to celebrate photography though a public programme of special exhibitions, installations and talks. 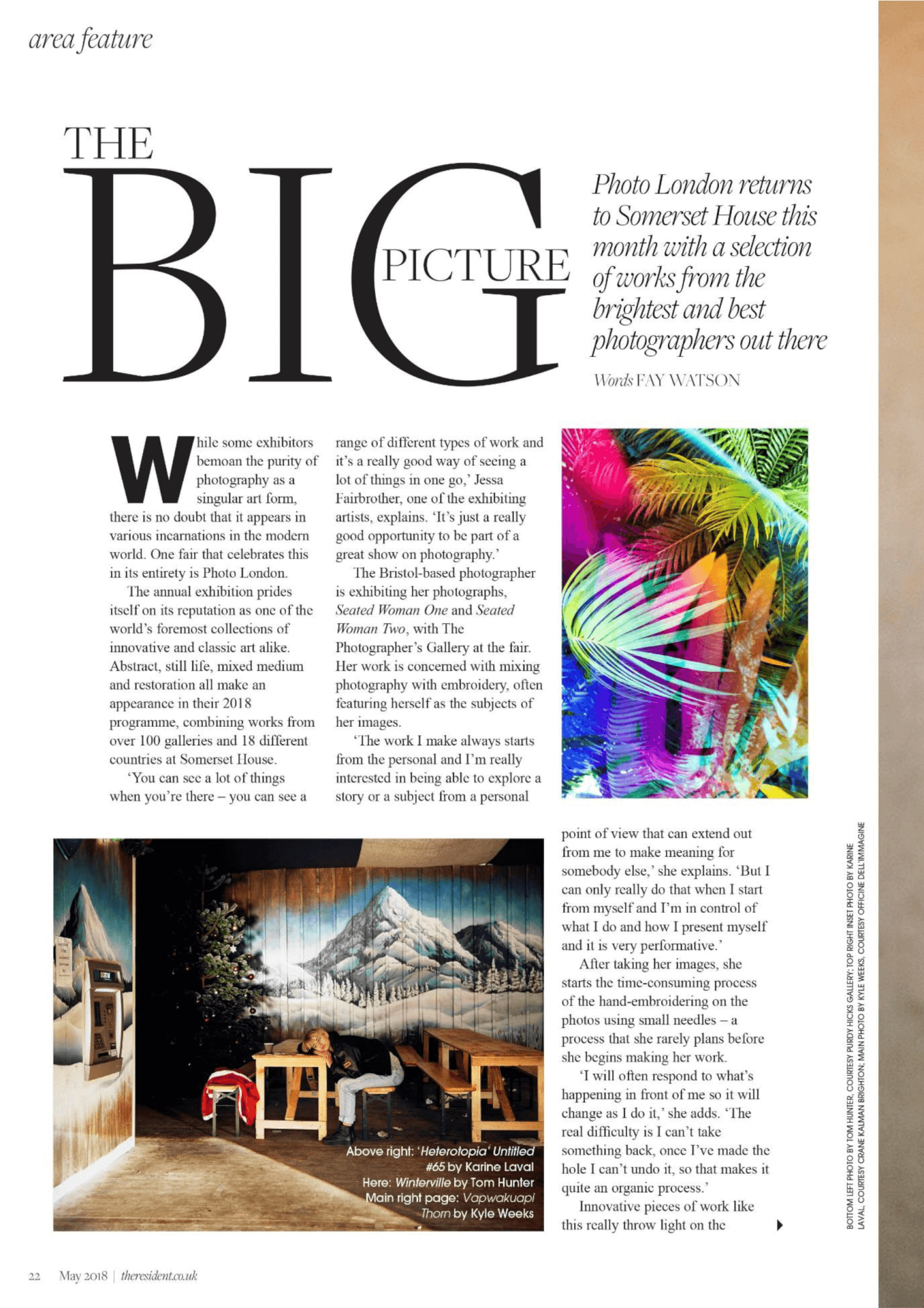 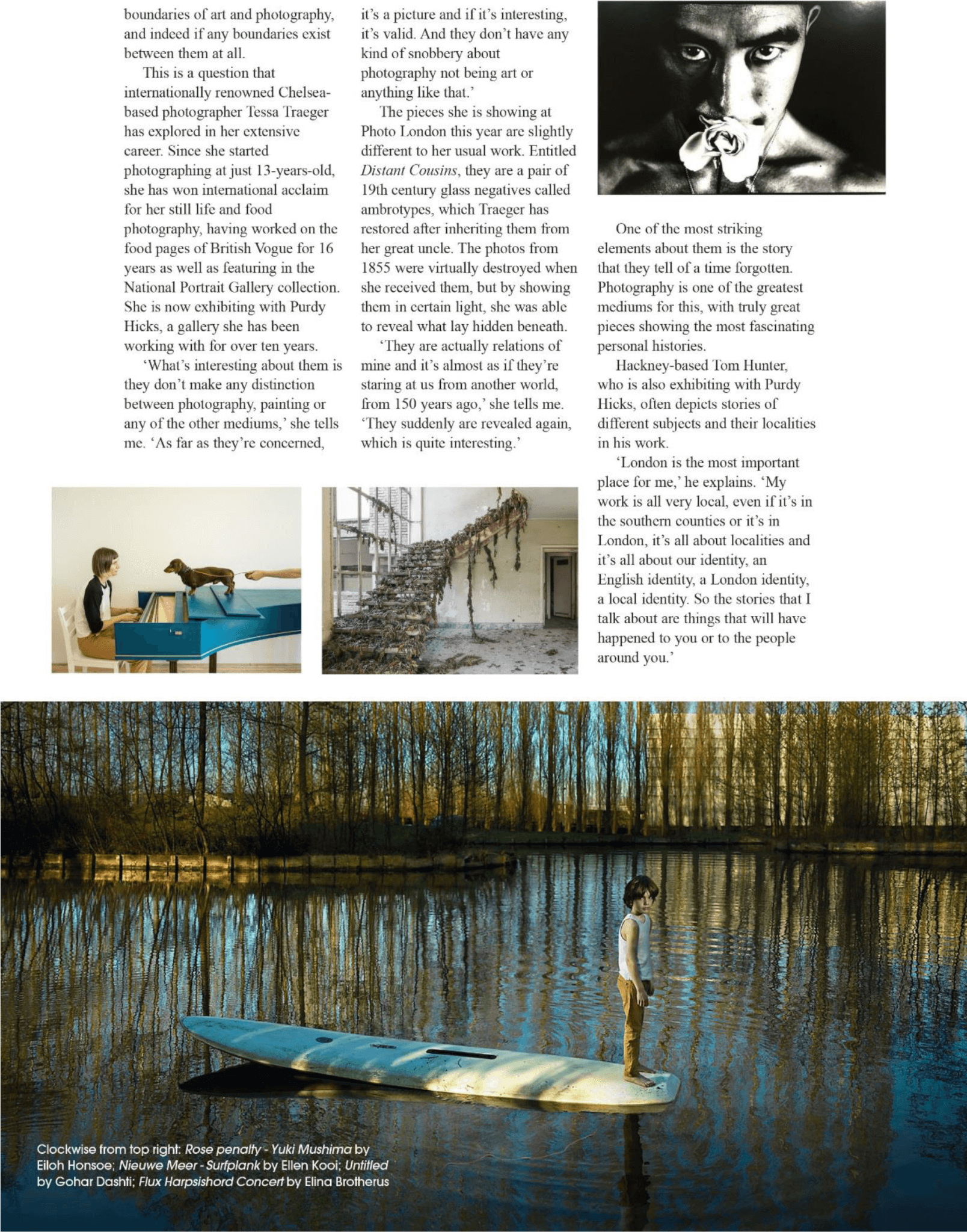 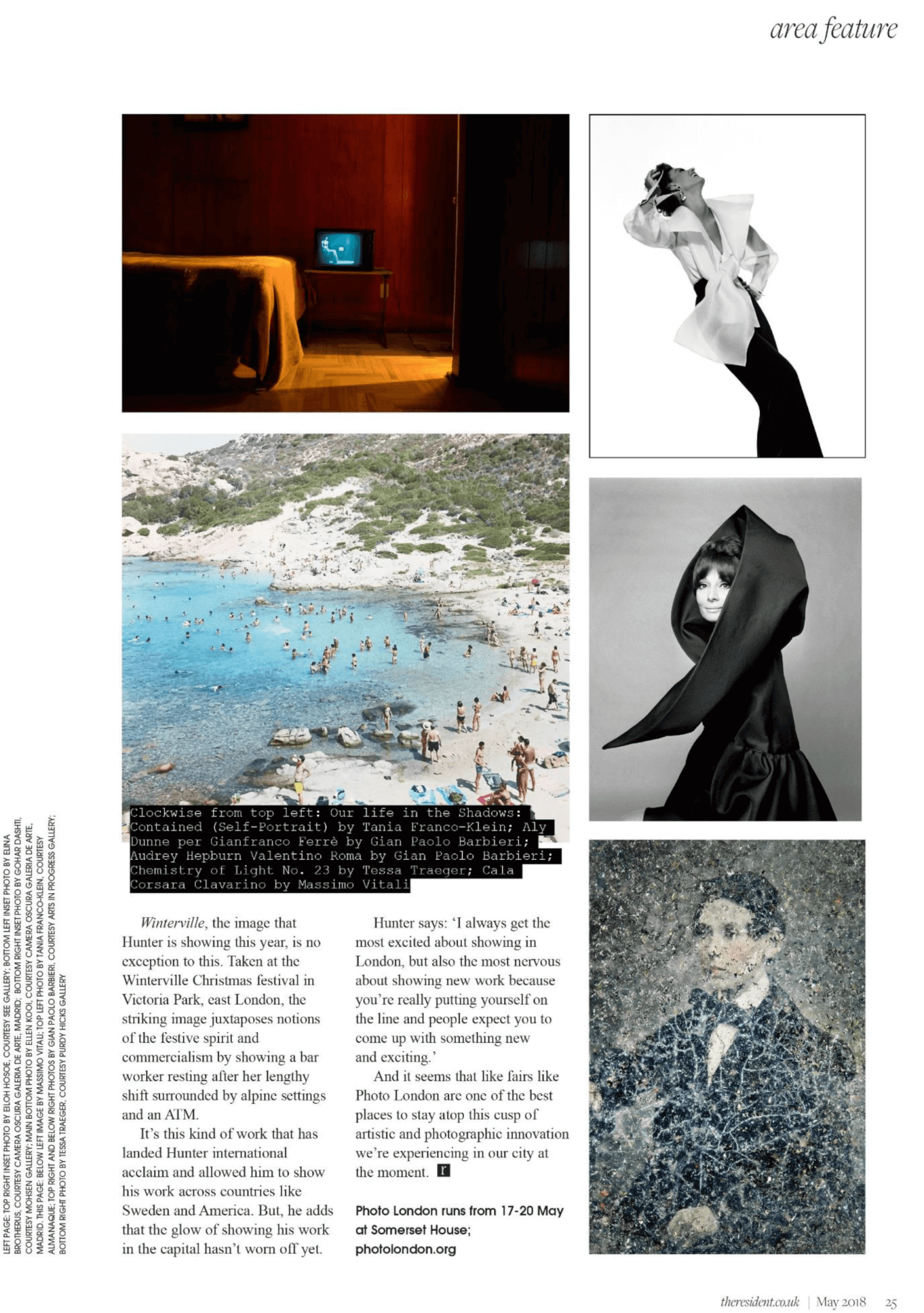 Simon Hall has chosen to highlight Photo London in a piece about May’s best photo festivals for The Photographic Museum of Humanity. Simon outlines that the Fair will feature 108 galleries and highlights some of the solo booths as well as all-female booths. The piece announces Edward Burtynsky as the Master of Photography and notes that Photo London will be displaying a selection of new and rarely-seen images from his latest project Anthroposcene.