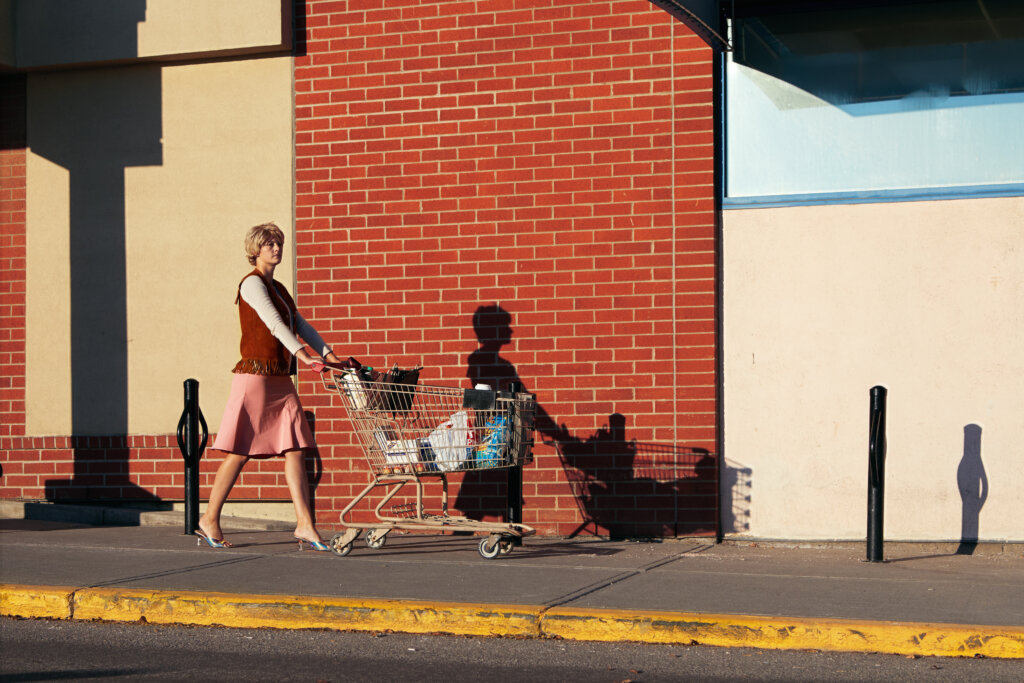 In the shoes of others, Elsa and Johanna made it their obsession. Slipping into the daily lives of strangers, they travel through geographical and cultural territories to become one with other realities. In the series “Beyond the Shadows” Elsa and Johanna capture the atmosphere of a “history-free” border territory, of residential areas surrounded by the vastness of nature.

Johanna Benaïnous, born in 1991 in Paris, and Elsa Parra, born in 1990 in Bayonne, are based in Paris. In 2014, while Johanna studied at Les Beaux-Arts de Paris and Elsa at Les Arts Décoratifs de Paris, they met in New-York during a common exchange program at the School of Visual Art. Since then, Elsa and Johanna have been working together as a duo of artists photographers and directors on personal, editorial and commercial projects. They have been finalists of the Prix HSBC for the photography 2016 and won the second prize of Prix Picto de la mode 2017, alongside other distinctions, which allowed them to enter the collections of the Palais Galliera (Paris Fashion Museum). In 2018, the FMAC (Fonds Municipal d’Art Contemporain de la Ville de Paris) will acquire all 88 portraits from the A Couple of Them series, 36 of which will be exhibited on the FMAC stand at FIAC 2018. The MACVAL presents their works as part of the exhibition “Lignes de vies, une exposition de légende”, from 30 March to 25 August 2019, and in the same year, they win the Public Prize at the 2019 Hyères Festival in the photo section. Elsa & Johanna are selected by Osei Bonsu, curator of modern and contemporary African art at the Tate Modern in London, to participate in the Secteur Curiosa de Paris Photo 2019 with a solo show. In 2020 they are finalist of the Prix Découverte Louis Roederer for Les Rencontres d’Arles and participate in the exhibition Staging Identity, at the Institut Mathildenhöhe in Darmstad next to Cindy Sherman and Pipilotti Rist.