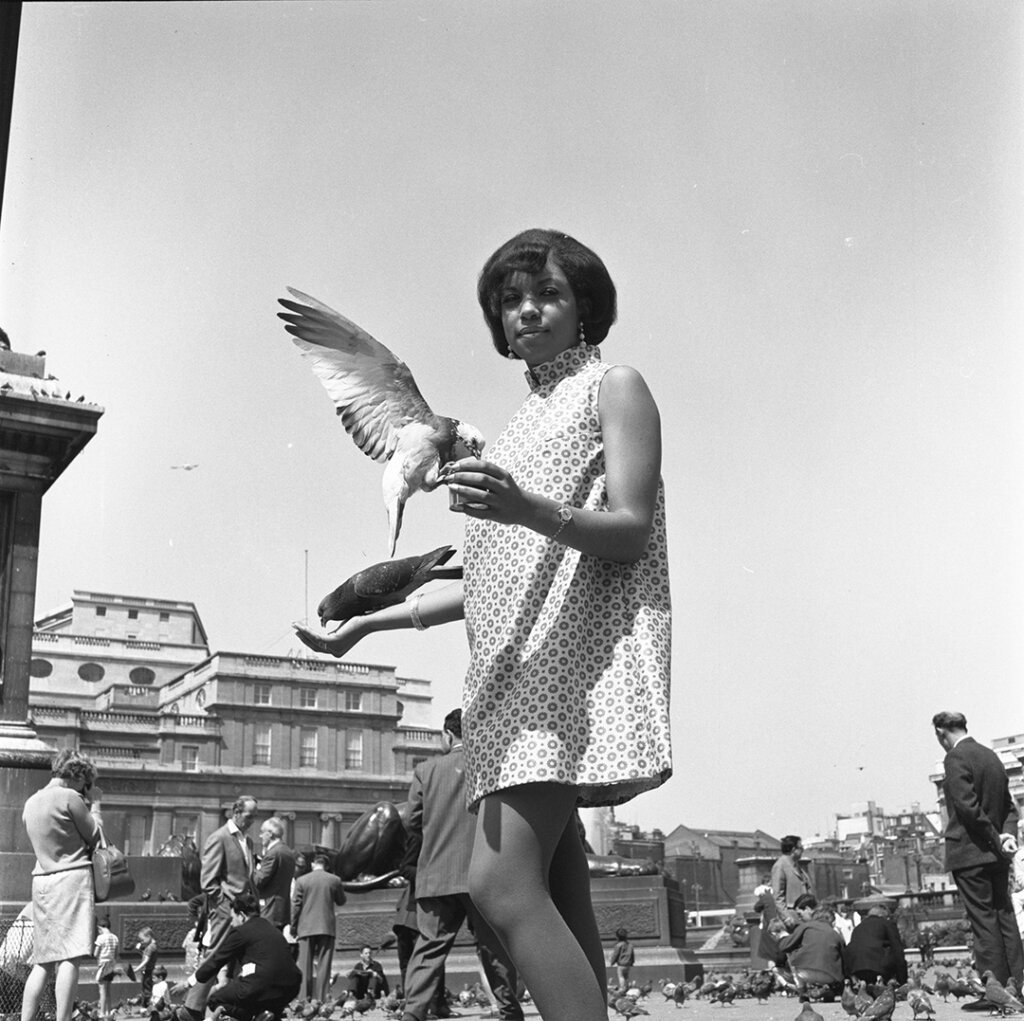 The career of James Barnor (b. 1929, Accra, Ghana) spans six decades, two continents and numerous photographic genres through his work with studio portraiture, photojournalism, editorial commissions and social commentary. Moving frequently between societies working through post-war and pre/post-colonial contexts, he documented Ghana’s rise to independence and the experiences of a vivid and burgeoning diaspora in London during the Swinging Sixties. In the early 50s Barnor began operating his Ever Young studio in Accra, immortalising a nation craving modernity and independence. He was the first photojournalist for the Daily Graphic and was regularly commissioned by Drum magazine. Barnor left for London shortly after Ghana’s independence where he was introduced to colour photography, working at the Colour Processing Laboratories in Kent and enrolling at Medway College of Art. He was also at the forefront of major photographic innovation; In the early 70s he returned to Accra to set up the first colour laboratory in Ghana, under the employ of Sick-Hagemeyer. Over the next 20 years he operated Studio X23, before settling in the UK in 1994.

Hans Ulrich Obrist (b. 1968, Zürich, Switzerland) is Artistic Director of the Serpentine Galleries in London. Prior to this, he was the Curator of the Musée d’Art Moderne de la Ville de Paris. Since his first show ‘World Soup (The Kitchen Show)’ in 1991, he has curated more than 300 exhibitions. Obrist has lectured internationally at academic and art institutions, and is a contributing editor to the magazines Artforum, AnOther Magazine, 032C, a regular contributor to Mousse and Kaleidoscope and he writes columns for Das Magazin and Weltkunst. In 2011 he received the CCS Bard Award for Curatorial Excellence, and in 2015 he was awarded the International Folkwang Prize for his commitment to the arts. His recent publications include Ways of Curating (2015), The Age of Earthquakes (2015), Lives of the Artists, Lives of Architects (2015), Mondialité (2017), Somewhere Totally Else (2018) and The Athens Dialogues (2018).