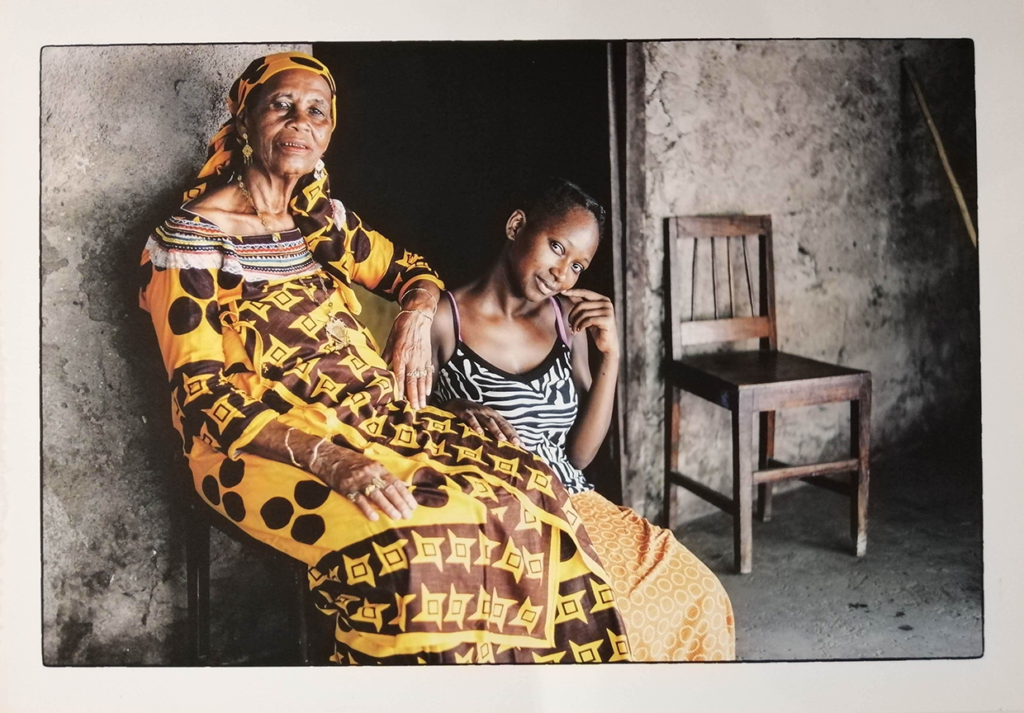 Moira Forjaz is one of the first women-photojournalist of Mozambique, and of the African continent. Her photos, both black and white and colour, tell the story of a Country in its profound social and cultural transformation. Her work is an invaluable window on Mozambique’s post-colonial era. Moira has captured through her camera lens the key changes occurring in this country, masterfully narrating the events and which have shaped contemporary Mozambique.
Moira’s photos reveal these events, through her unique gaze, sensibility and photographic technique. Some of the photos that will be presented during the live event are testimonies of the great friendship between Moira and the extraordinary South African activist and sociologist Ruth First. Among the works presented by Moira, there are also more recent colour photographs, which were taken with a digital camera. These colour photos were shot when Moira recently returned to Mozambique and decided to take a journey through time retracing an early period of her life. The conversation between Lidija and Moira will be followed by a Q&A session.

Moira Forjaz was born in Bulawayo (Matabele), Zimbabwe, in 1942. She graduated in Graphic Arts from the School of Arts and Design in Johannesburg. She worked as a photojournalist in South Africa and since 1975 as a photographer and documentary filmmaker in Mozambique. As a photographer, Forjaz learned a lot from great South Africa such as Jurgen Schadaberg, David Goldblatt and Sam Haskins; as a film director she was influenced by Jean Rouch and Jean-Luc Godard. Among the films she directed this is Um Dia numa Aldeia Comunal. In 1982, the film received first prize at Leipzig Film Festival. Moira belongs to the generation of Mozambican (and indeed, southern African) photographers whose work changed the way the region was seen by the world.

Lidija Kostic Khachatourian was born in Serbia and relocated to Lugano (Switzerland) in 1989. In 2008, she moved to Dubai (UAE) with her family. While exploring Sub Saharan Africa she started engaging with many artists and building an artwork collection. Lidija was captivated by the cultural diversity of the African Continent. Her passion for contemporary African art rapidly grew over the years. She began to travel systematically across Africa, looking for emerging artists and organizing exhibitions for them in the United Arab Emirates and in Europe. Nowadays, she is committed to the promotion of contemporary art from Africa through two realities: AKKA Project, which was initiated by her in Dubai in 2016, and in Venice in 2019, with the objective of promoting artists from Africa and encouraging their growth through exhibitions, art fairs, and residencies; and Art And About Africa, which aims to create a cartography of cultural spaces, artists’ studios and art institutions on the African continent as well as festivals, biennials, fairs, making this information available to everyone through the web, for free. Through other projects, such as Africa…& the other 54 countries, she contributed to the celebration of the art, culture and cuisine of multiple African countries. In 2019, she curated the exhibition “The Past, the Present and the in Between”, at the Pavilion of Mozambique, for the 58th Biennale Arte of Venice, featuring artists as: Goncalo Mabunda, Filipe Branquinho and Mauro Pinto. She curated “Inspiring Changes” by Mohamed Amin, a project in collaboration with Salim Amin, whose aim is to create educational interactions (exhibitions and other initiatives) through a vast photographic archive that Mohamed Amin has left. She is in the process of opening the third gallery in Switzerland to further support the growth of African artists.