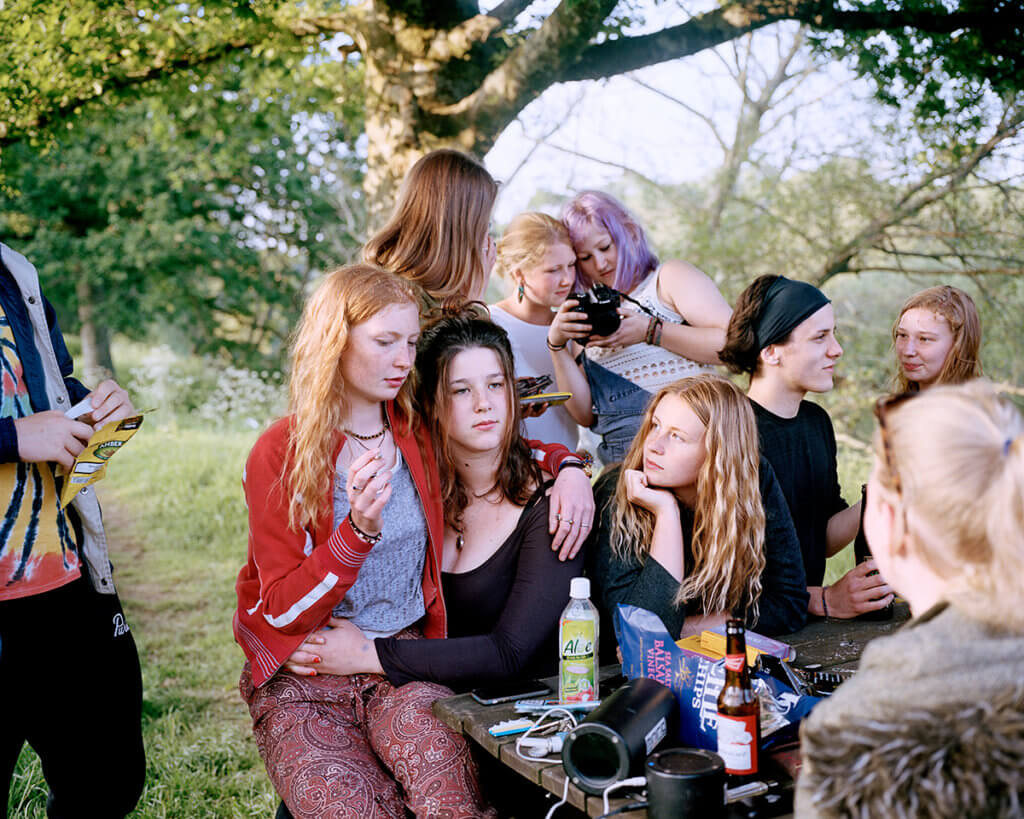 Join Fiona Shields, Head of Photography at The Guardian, as she delves into the work and practice of photographer Siân Davey. Having practiced Psychotherapy for the past 15 years, Davey’s work is an investigation into the psychological landscapes of herself, her family, and the surrounding community, all of which are central to her work. With series focusing on family dynamics, meal times and what constitutes a family, Davey charts the everyday of togetherness of family life, as well as the challenges of childhood, the journey through the teenage years, and the tensions of adulthood.

Siân Davey is a photographer who has recently completed her MA and MFA in photography. She has been the recipient of numerous awards including more recently, the Arnold Newman Award for New Directions in Portraiture and the Prix Virginia Woman’s Photography Award. Her work has been included in the National Portrait Gallery’s Taylor Wessing Portrait Award for the last three years, and her book Looking for Alice was shortlisted for the Aperture Best Book Award at Paris Photo 2016.

Fiona Shields has over twenty years picture editing experience across a range of newspaper titles and has been picture editor of the Guardian for the last nine, having recently taken up the role of Head of Photography at The Guardian. Throughout her career she has been involved in the coverage of some of the most historic news stories of our time including conflicts around the world from Bosnia to Iraq and Afghanistan, large scale natural disasters such as the earthquakes in Haiti, tsunamis in southern Asia, famine in Sub-Saharan Africa, and the humanitarian crises resulting from the growing refugee numbers across the globe.

Places are limited so book yours now

Image: Siân Davey , Gathered by the River- Last Light 7pm, from the series Martha. Courtesy of the artist