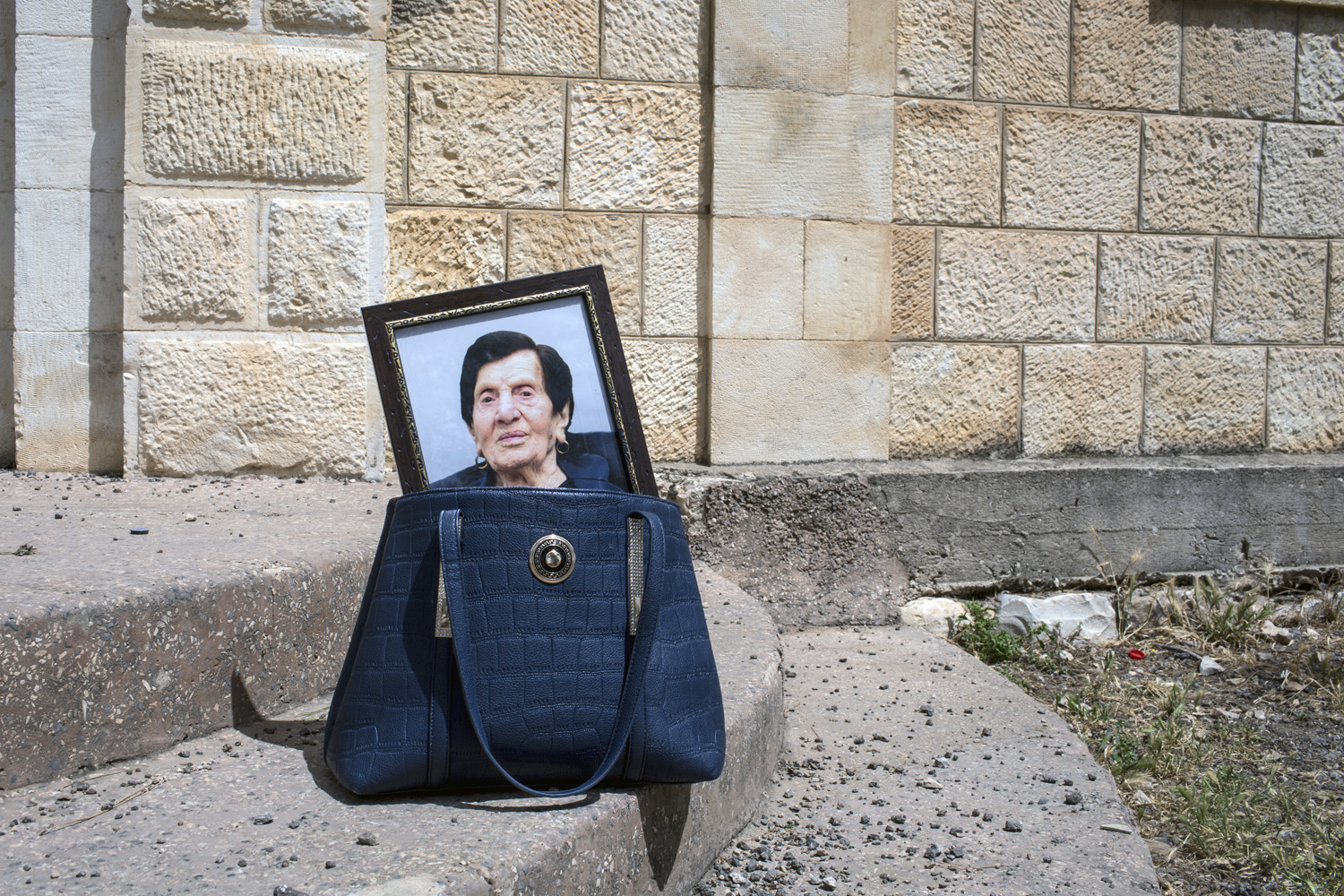 Join photojournalists and Nikon ambassadors Tanya Habjouqa and Andrea Bruce for our second live Artist Talk of the season.

Tanya Habjouqa‘s work merges issues of gender, identity and politics with a well-defined creative vision. She utilises documentary photography as a tool to re-tell popular narratives of Israel-Palestine that are perpetuated by international politics and the Western Media.

US-based Andrea Bruce (who has been based in Iraq, Afghanistan and Mexico) shares Tanya’s same interest in social issues. Through her stories, she uncovers the struggles of people living in the aftermath of the war, aiming to highlight humanity’s shared traits and emotions. Both Andrea and Tanya are co-owners of NOOR photo agency.

Andrea will interview Tanya about her latest photographic projects – ‘Tomorrow there will be apricots’ and ‘Syria via Whatsapp’ – and they will talk about gender, past, present and ongoing pieces of work and shared experiences.

Tanya Habjouqa is a photojournalist, artist, educator and member of NOOR Images photo agency. She is trained in anthropology and journalism (MA: Global Media, SOAS, London). Tanya’s approach to visual storytelling fuses a mordant sense of irony with unstinting, forensic interrogations of the implications of geopolitical conflict on human lives. Largely focusing on the Middle East, Tanya’s work on Israel-Palestine in particular has been cited as a powerful investigation of the cross-currents of religion, politics, economics, and cultural production. Her project Occupied Pleasures received critical acclaim from Time Magazine and Smithsonian and the project won a World Press Photo award. A leading advocate for new methods in photojournalism and documentary practice, Tanya is the co-founder of the Middle East visual storyteller organization Ruwa, and is a mentor in the Arab Photography Documentary Program, providing marginalized narratives and narrative-creators with the space and skills to tell their stories.

In the image above, a Palestinian woman carries her recently deceased mother’s portrait in a bag outside a church in Iqrit, to protest at Israeli state’s refusal to allow her dead mother to be buried next to her husband in a nearby military site. She has never been able to visit his grave, as it was turned into a military property in 1948. Iqrit was a Palestinian Christian village, located 25 kilometres (16 miles) northeast of Acre. It was seized and forcefully depopulated by the Israel Forces during the 1948 Arab-Israeli War, and their territory later became part of the new State of Israel.

Andrea Bruce is an award-winning documentary photographer whose work focuses on people living in the aftermath of war. She concentrates on the social issues that are sometimes ignored and often ignited in war’s wake. Her regular clients include National Geographic and The New York Times as well as many publications around the globe. Andrea was a 2016 Nieman Fellow at Harvard University where she studied political theory and democracy. Andrea started working in Iraq in 2003, bringing a local reporter’s knack for intimacy and community focus to the lives of Iraqis and the US military. For over ten years she has chronicled the world’s most troubled areas, focusing on Iraq and Afghanistan. For eight years she worked as a staff photographer for The Washington Post, where she originated and authored a weekly column called “Unseen Iraq.” She also worked at The Concord Monitor and The St. Petersburg Times after graduating from The University of North Carolina at Chapel Hill in 1995. She is now a member/ owner of the photo agency NOOR. In 2011 she was an Alicia Patterson Fellow and in 2019 she was a CatchLight Fellow and a National Geographic Explorer Her awards include the 2018 IWMF Anja Niedringhaus award, a 2014 World Press Photo 2nd prize for Daily Life singles for the image ‘Soldier’s Funeral’ and the inaugural Chris Hondros Fund Award in 2012 for the “commitment, willingness and sacrifice shown in her work.” In 2010 the White House News Photographers Association (WHNPA) awarded Andrea a grant for her work on conflict in Ingushetia. She has been named Photographer of the Year four times by the WHNPA, received several awards from the Pictures of the Year International contest, including the 2017 Environmental Vision Award, and was awarded the prestigious John Faber Award from the Overseas Press Club in New York. Currently, she is based in North Carolina.