With the generous support of the LUMA Foundation, Photo London has commissioned four exhibitions at Somerset House to open concurrently with the fair this May: Beneath the Surface, some 200 rarely-shown photographic works from the Victoria and Albert Museum’s Photographs Collection; previously unseen large-format platinum prints from Sebastião Salgado’s Genesis series; the first UK exhibition of Iranian photographer Kāveh Golestān’s Prostitute series and The Teaser, a public lightbox installation to be shown in the courtyard produced by Rut Blees Luxemburg in collaboration with Alexander García Düttmann and Nuno Salgado.

Programmed in spaces ranging from cafés to lecture theatres around the site and beyond, Photo London’s lively talks and lectures programme, curated by Professor Francis Hodgson, will feature some two dozen luminaries from the field, including Don McCullin, Sebastião Salgado, Susan Derges, Todd Hido, Mitch Epstein, Rineke Djkstra, Rankin and Stephen Shore. The programme will also carry a special focus on collecting photography and the issues surrounding it, whether for the individual collector, corporations or major cultural institutions. 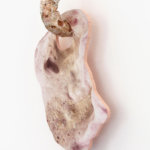