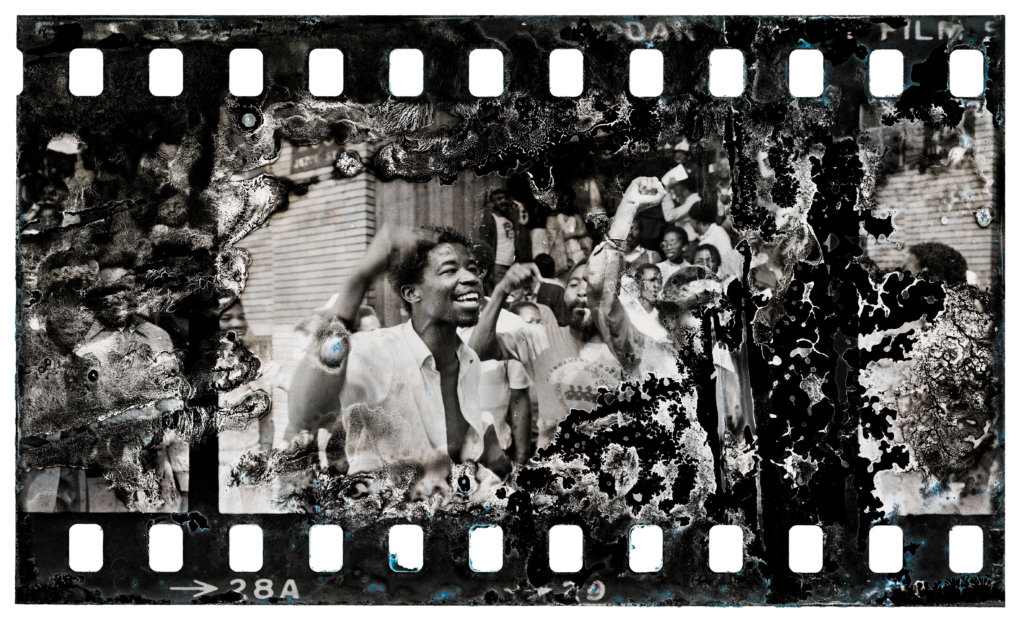 For this evening event, Photo London is delighted to present a conversation between Prix Pictet Shortlisted Photographers Shahidul Alam and Gideon Mendel, chaired by the Guardian’s Head of Photography, Fiona Shields. The conversation will focus on the working practice of both photographers and their latest books . 20 November has particular significance as a date for Alam, as it marks a year since his release from prison. He will be joining the conversation via skype, to share how this experience has shaped his approach.

John Morris described his book “My journey as a witness” as “The most important book ever written by a photographer”. A blogger and a new media pioneer, Alam introduced email to Bangladesh. Described by Amnesty International as a prisoner of conscience, Alam was arrested in August 2018, for criticising the Bangladeshi government, but was released on bail after over 100 days in jail after a massive global campaign for his release.

Alam’s retrospective “Truth to Power” opens at the Rubin Museum in New York on 8th November 2019. His new book “The Tide Will Turn” by Steidl, with photographs by Alam and pioneering Bangladeshi photographers and text by text by Arundhati Roy and Alam will also be available this week at Rubin.

Gideon Mendel’s intimate style of image-making and long-term commitment to socially engaged projects has earned international recognition. Born in Johannesburg in 1959, Mendel began his career as a news and ‘struggle’ photographer documenting the final years of apartheid. This experience marked him deeply, and much of his subsequent work has been engaged with the key political issues facing his generation. In 1991 he moved to London, and continued to respond to global concerns, especially HIV/ AIDS. Since 2007, using stills and video, Mendel has been working on Drowning World, an art and advocacy project about flooding that is his personal response to our climate crisis. He has twice been shortlisted for the Prix Pictet (2015 and 2019) and has received the Jackson Pollock Prize for Creativity, the Greenpeace Photo Award, the Eugene Smith Award for Humanistic Photography and the Amnesty International Media Award. His work has been widely published, his images have been used in numerous climate protests and his photographic prints, installations and video pieces are increasingly seen in a variety of gallery and museum contexts.

Fiona Shields has over twenty years’ picture editing experience across a range of newspaper titles. Shields was picture editor of the Guardian for ten years before taking up the role of Head of Photography for the Guardian News and Media Group. Throughout her career she has been involved in the coverage of some of the most historic news stories of our time including the events surrounding 9/11 and the subsequent terror attacks in London and across Europe, conflicts around the world from Bosnia to Iraq and Afghanistan, the revolution of the Arab spring and the continuing violence in the Middle East, large scale natural disasters such as the earthquakes in Haiti, tsunamis in southern Asia, famine in Sub-Saharan Africa and the humanitarian crises resulting from the growing refugee numbers across the globe.

In addition Shields had the wonderful opportunity of delivering talks at photo festivals, mentoring students of photojournalism and has enjoyed judging the Sony World Photography Awards, The Taylor Wessing Portrait Prize, the Renaissance Photography Awards to name a few. This year she is joining the panel for the Carmignac Photojournalism Award and is a regular nominator for the prestigious Prix Pictet Prize