The Gift of Photography – Part 2

🎁 Gift ideas from the Photo London exhibitors 🎁
Books, photographs, and more under £1000 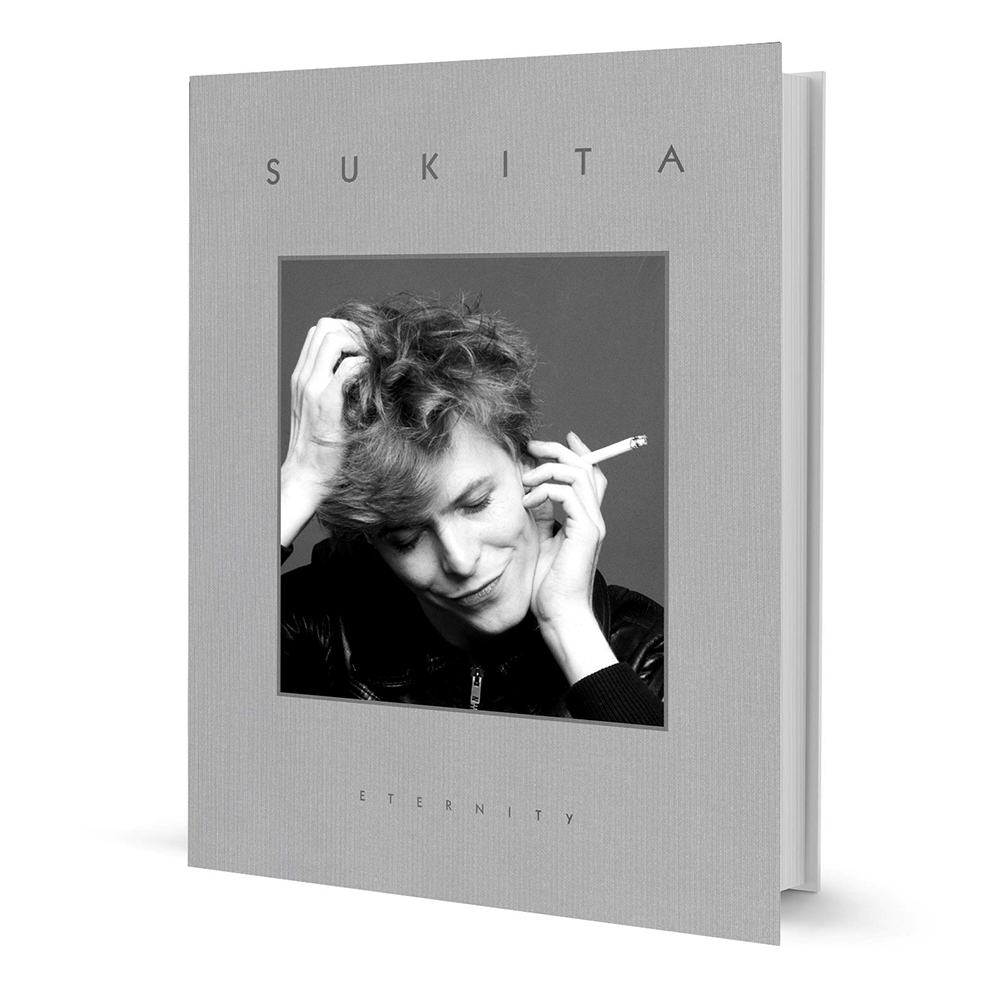 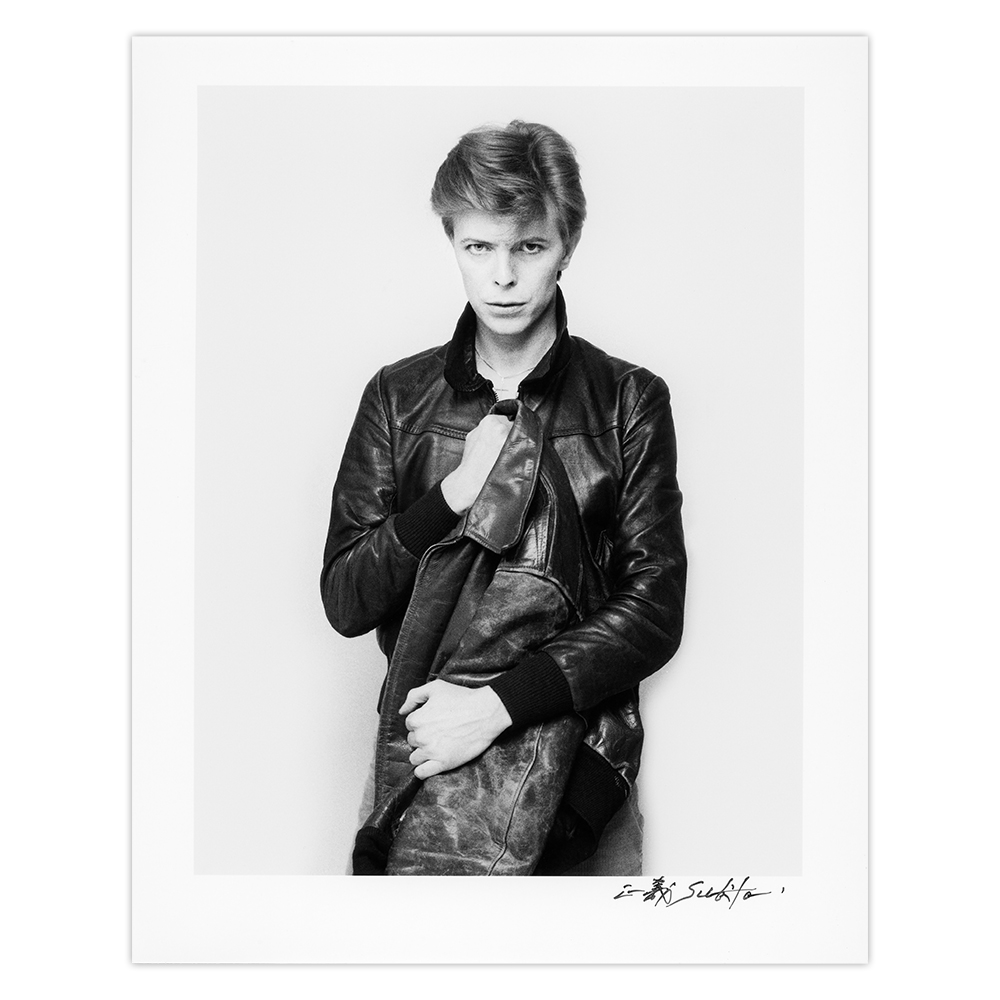 Book signed and numbered by Masayoshi Sukita, presented in a slipcase

The first full retrospective from Masayoshi Sukita: a legend in the world of music, film and celebrity photography. The master photographer of David Bowie’s Heroes, of Jim Jarmusch’s cult film Mystery Train, and of iconic photos of Iggy Pop and Marc Bolan. Includes Sukita’s greatest images; early work, fashion, music, film and street and travel imagery. This edition comes with a David Bowie portrait, taken in 1977, an outtake from the Heroes album cover session, signed by Sukita along with the signed and numbered book, presented in a slipcase 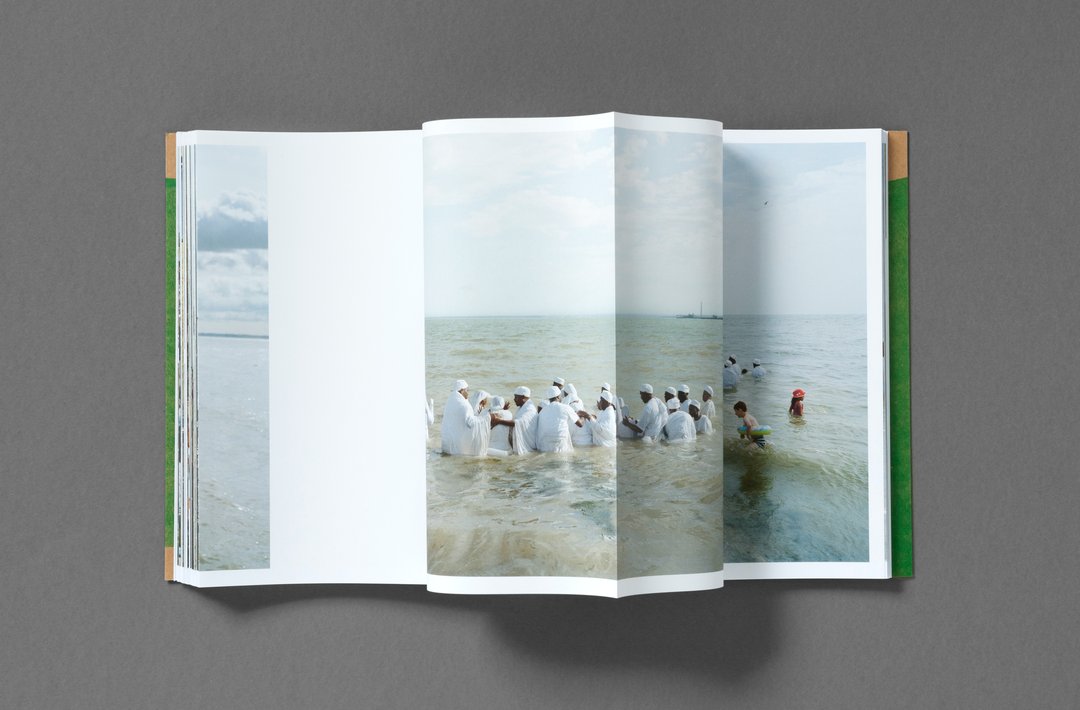 – A choice from three archival pigment prints, 20 × 25 cm each
– A signed first edition of the book Thames Log
– Housed in a side-stapled foil debossed box, handmade on the banks of the Thames by MacCarthy & Sons
– Each box is individually hand-painted and signed by the artist
– Each print an edition of 30 + 5APs

Thames Log by British photographer & film-maker Chloe Dewe Mathews examines the ever-changing nature of our relationship to water, from ancient pagan festivities through to the rituals of modern life.

Dewe Mathews spent five years photographing up and down the River Thames, from its puddling source to its great estuarial mouth. She focuses her attention on lives that overlap with the river but whose activities often go unnoticed, like ship-spotters, who log the continual stream of vessels that pass through Tilbury, and mudlarks, who comb the city sludge for Roman and Saxon treasure.’ 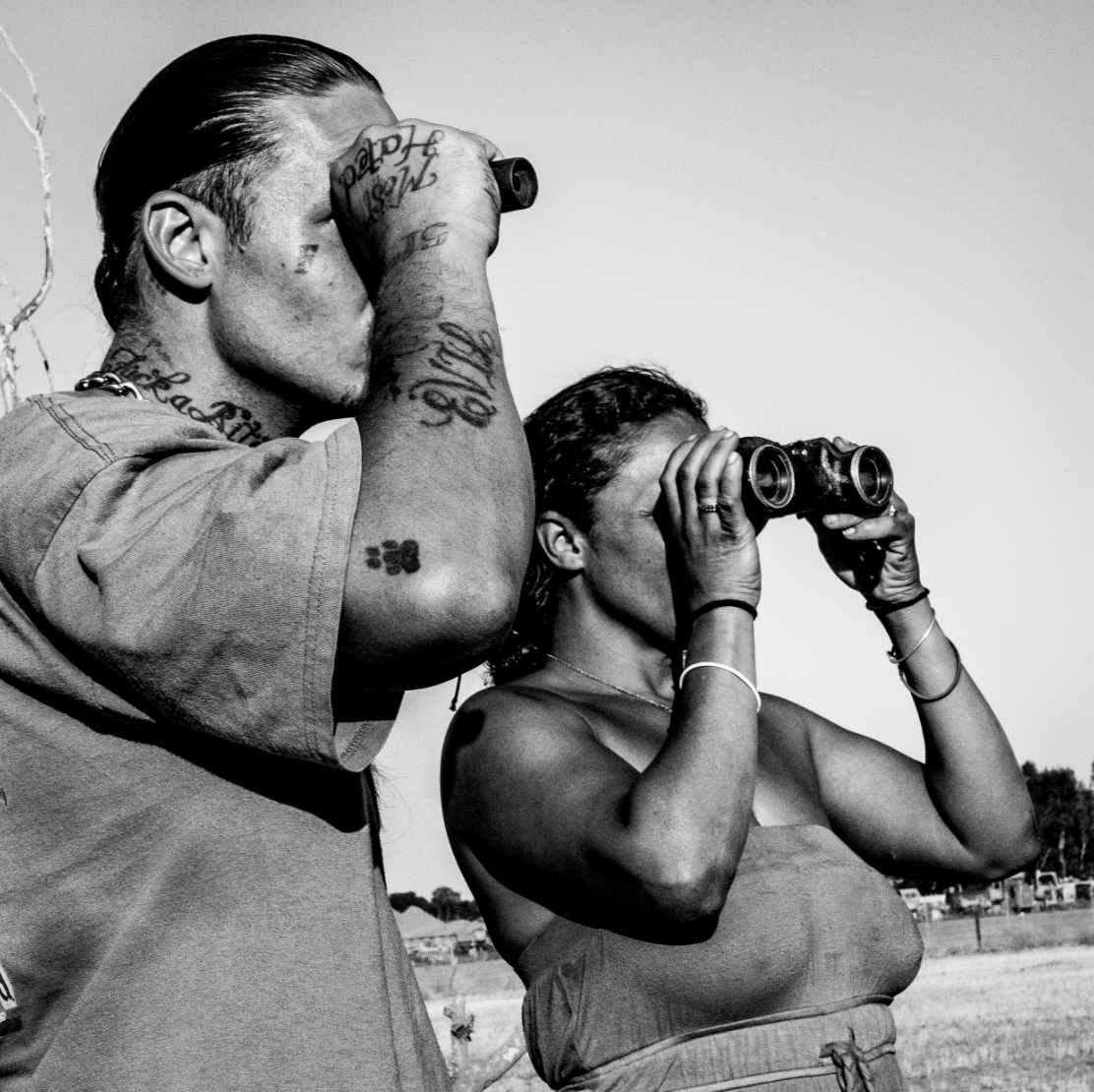 When Matt Black began exploring his home in California’s rural Central Valley—known as “the other California,” where one-third of the population lives in poverty—he knew what his next project had to be. Black was inspired to create a vivid portrait of an unknown America, to photograph some of the poorest communities across the US. Traveling across 46 states and Puerto Rico, Black visited designated “poverty areas,” places with a poverty rate above 20 percent, and found that these areas are so numerous that they’re never more than a two-hour drive apart, woven through the fabric of the country but cut off from “the land of opportunity.” American Geography is a visual record of this six-year, 100,000-mile journey, which chronicles the vulnerable conditions faced by America’s poor.

This compelling compilation of black-and-white photographs is accompanied by Black’s own travelogue—a collection of observations, overheard conversations in diners and public transportation, menu prices, bus timetables, historical facts, and snippets from daily news reports. A future classic of photography, this monograph is supported by an international touring exhibition and is a must for anyone with an interest in witnessing the reality of an America that’s been excluded from the American Dream.

The recent publication of the book coincides with Black’s exhibition at Magnum in London.

From the ‘Dark Flora’ series

Inspired by Victorian era taxidermy dioramas, Dark Flora is a series of photographs using wild plants and flowers in a curated yet naturalistic arrangement. The plants are foraged from forest clearings, hedgerows and roadside verges, often using humble and unassuming species rather than showy specimens so often used in floral photography. Each arrangement is gathered from within approximately a square mile and therefore represent seasonal ‘portraits’ of the local environments from which they came. 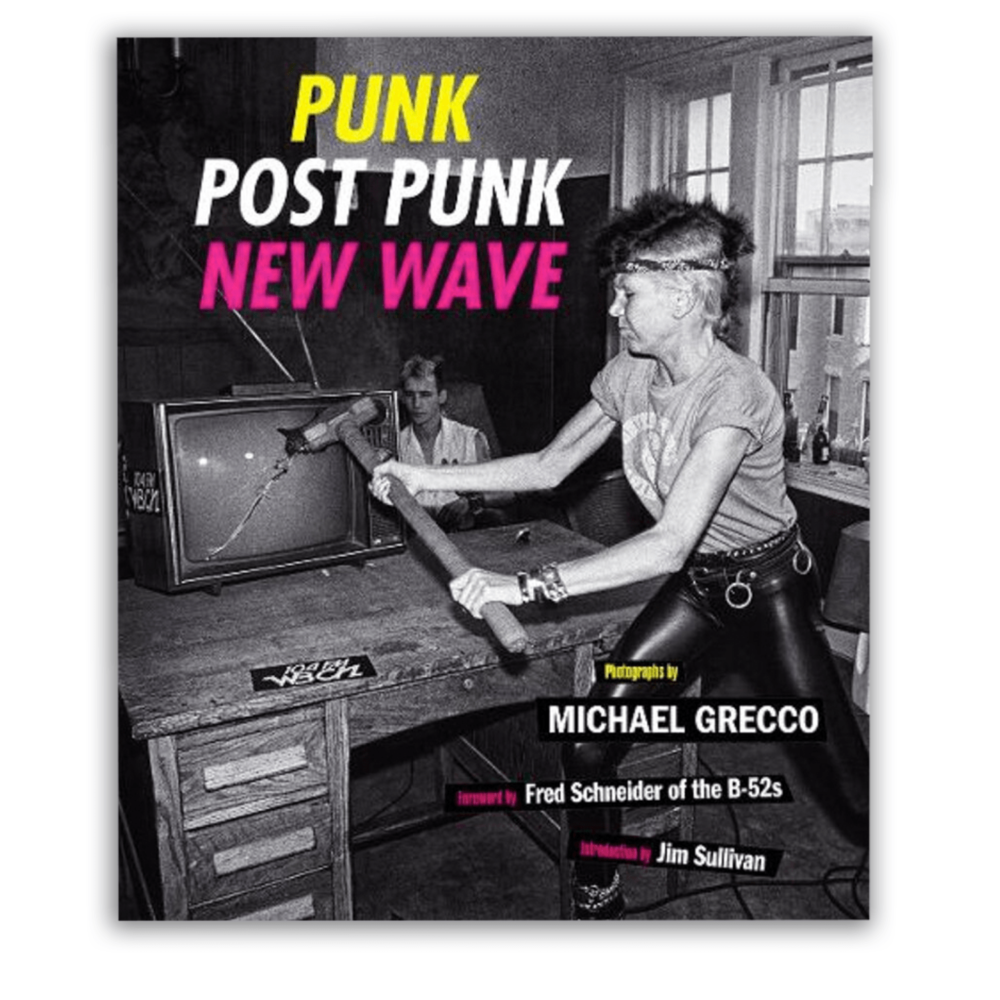 Each book includes a signed and numbered certificate of authenticity.

From the late ‘70s to the early ‘90s, photographer/filmmaker Michael Grecco was documenting the nightclub and concert scenes in New York and Boston when punk exploded in the U.S. , and later morphed into post-punk and new wave movements. As an Associate Press photographer – and a self-described “club kid” – he had a unique opportunity to embed himself into this revolutionary scene as both a chronicler and a participant. Down and dirty in the thick of things, onstage and backstage, Grecco captured a riotously outspoken time in pop culture history – with all its raw energy, sweat, and outrageous antics – for posterity. The book’s 162 black & white and color images include Grecco’s shots of artists including Sex Pistols, Blondie, Talking Heads, Human Sexual Response, Joan Jett, The Clash, Poison Ivy, and the Ramones, among many others. In addition to concert photography, Grecco shot album covers and promotional pieces that round out his impressively extensive photo collection, which also includes his personal anecdotes remembering tales from back in the day. 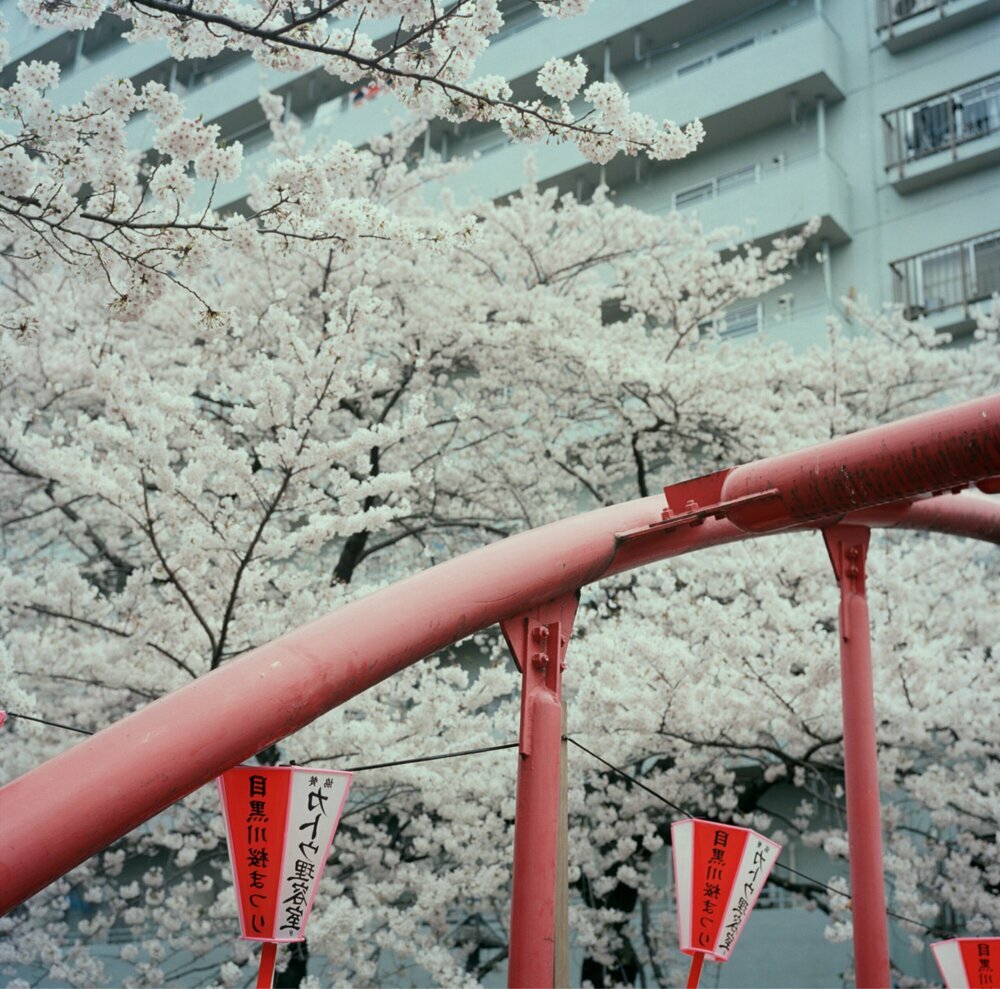 For over a decade Susannah Baker-Smith travelled and worked extensively in Asia, Africa and the Middle East. In 2007/8 she studied at the Institute of Contemporary Photography (ICP) in New York and has since embarked on a series of interrelated projects which embrace digital, analogue and alternative photographic processes. Each project is realised loosely in book form, creating a tactile and visual dialogue with objects and images. Her interest in both film and literature feed into her work in oblique ways. 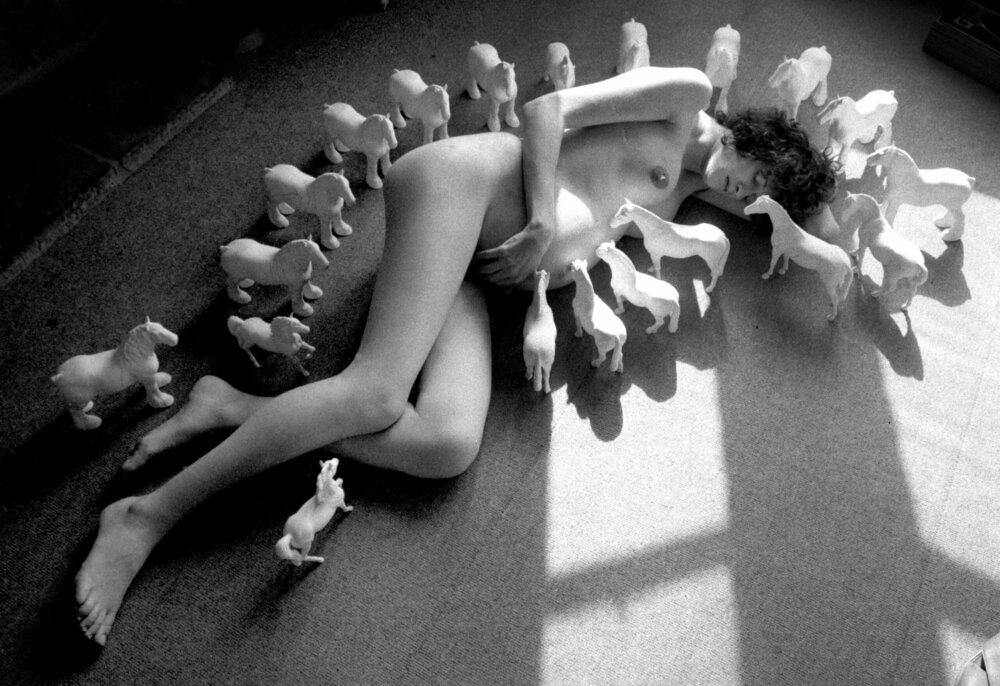 Rose English is best known for her contributions to the development of performance art in Britain. Emerging from the conceptual art, dance and feminist scenes of the 1970s, English has developed an extensive interdisciplinary practice over the past 40 years, honing a unique artistic vocabulary that has consistently analysed and commentated on aesthetics, politics and philosophy, including aspects of British pop culture, from showgirls and show horses to magic acts and pantomime. Her work challenges conventional understandings of both feminism and femininity through the combination of forms with which she engages, including theatre, circus, poetry and fine art, producing acclaimed performances but also works in other media such as film and installation. Majesty and play extend into English’s choreographed equestrian performances. The stateliness of horses, with the pomp and ceremony of horse shows and the power of female camaraderie, take centre stage in her seminal performance art piece, Quadrille (1975). A comment on the class system in the U.K., horses also stand-in for the breeding lines of females. The presence of the same small ceramic horses in the newly released photo edition of Tessa Pregnant with Joseph (1974/2021) demonstrates a tender interspecies side to English’s work with horses, in which gestation and maternal care come to the fore. 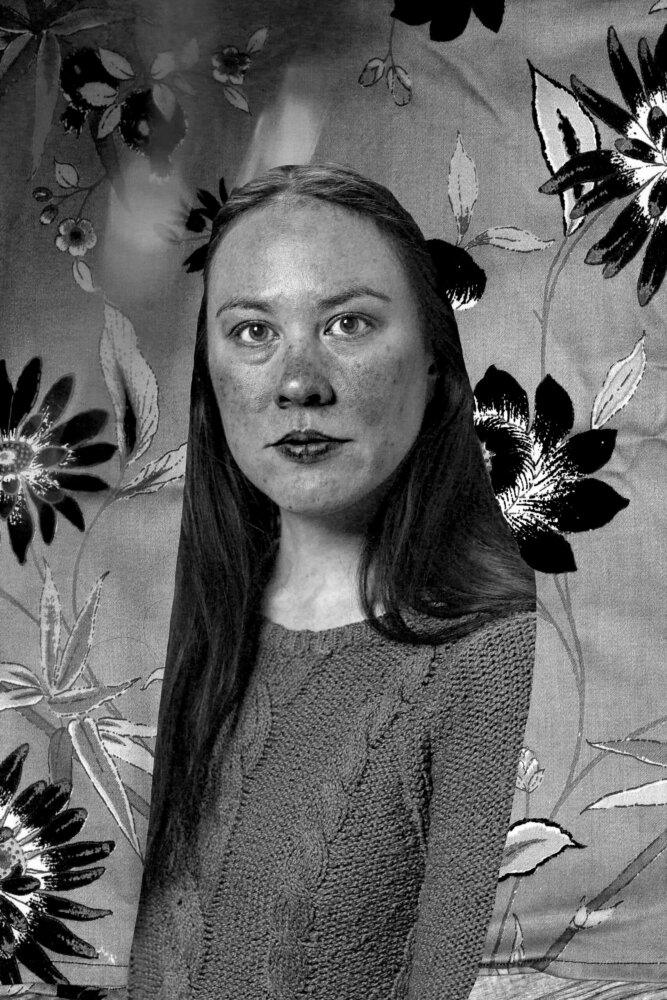 Using photography as a launching point and incorporating installation, sculpture and performance, Monique Atherton examines the way in which photography is used to construct and disseminate identity in the digital age. She repurposes portraits of herself taken in a professional photography studio and uses both analogue and digital techniques to examine the relationship between photographer and subject as well as the audience and photography. 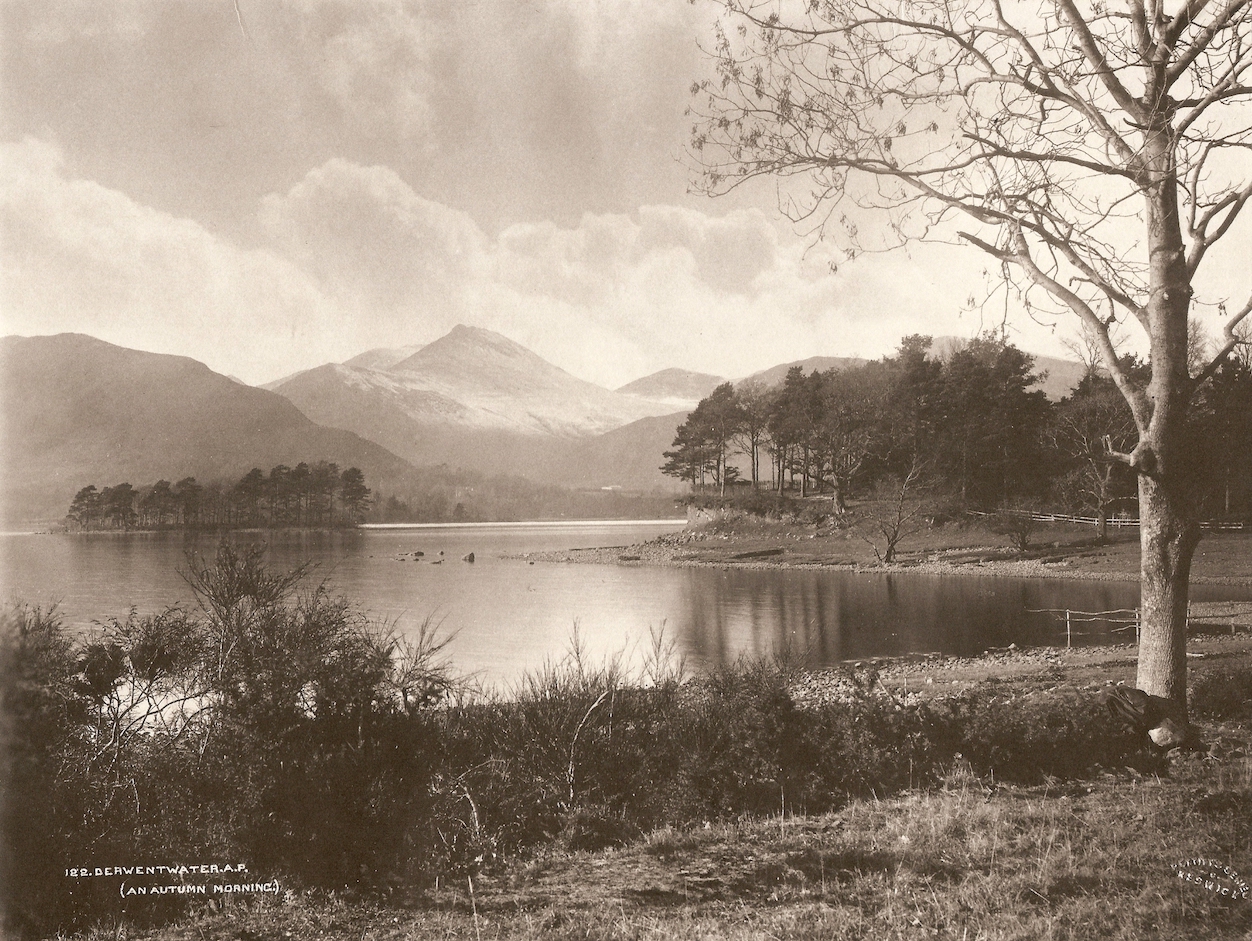 Alfred Pettitt was from Birmingham but moved to Windermere in 1851. He exhibited paintings at the Royal Scottish Academy from 1858 and in the same year he opened a gallery in Keswick with his brother George W. Pettitt. In 1857 they showed a collection of oil paintings at the Gallery of Fine Art, Grasmere under the title ‘The Highways and By-ways of English Lake Scenery’ and in the same year a number of their paintings of Lake District views were engraved by W. Banks & Sons of Edinburgh…

Alfred Pettitt was taught photography by William Baldry of Grasmere and produced a series of stereograms of the Lake District. He exhibited at the Royal Photographic Society’s annual exhibitions between 1874 and 1879 and was an RPS member in 1879. He is also recognised for his beautiful platinum-printed landscapes, such as this example. At the RPS exhibition in 1882 several views were exhibited under the name Alfred G. Pettitt, one, possibly this, titled ‘A Quiet Morning, Derwentwater’.

This print is titled ‘122. Derwentwater. A.P. (An Autumn morning.)’ in the negative in the lower- eft corner and photographer’s credit blind stamp ‘Pettitt’s Series of Keswick’ in the lower right corner, photographer’s and distributor’s purple ink stamp on verso ‘Photographed by Pettitt. The Art Gallery, Keswick’ The soft light of the Lake District in the permanence of platinum printing. 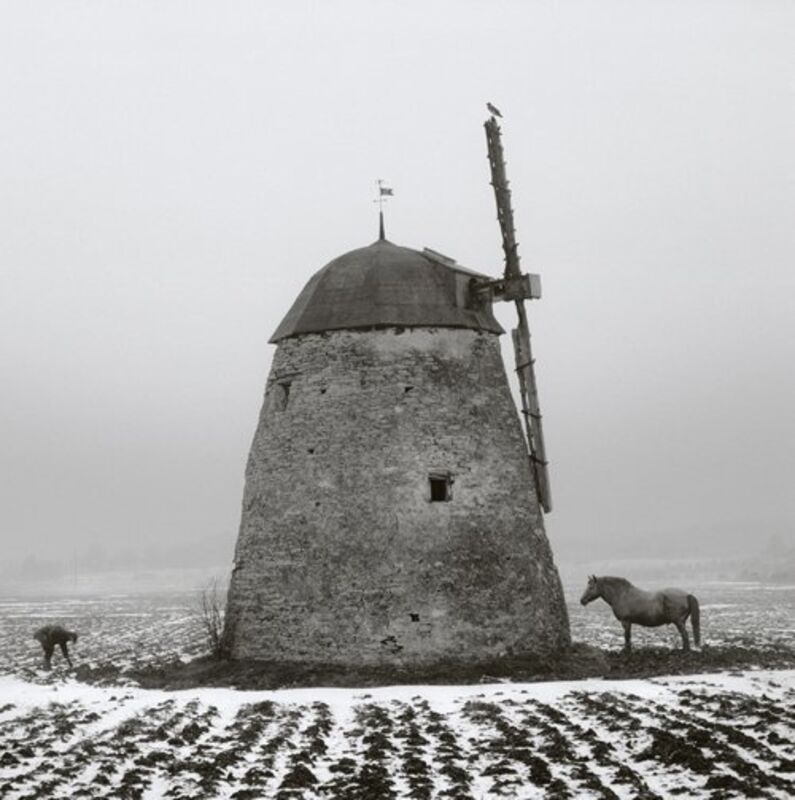 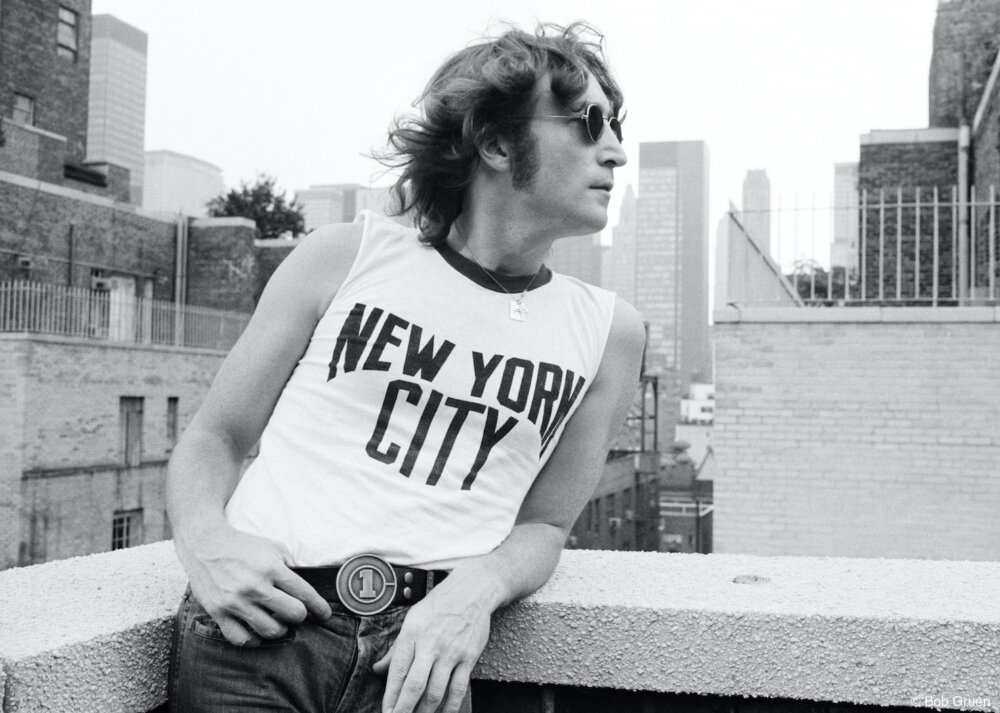 Signed and captioned by Bob Gruen in his own handwriting

From the series Passage

In Passage, Clement photographs locations in multiple layers creating what he sees as a ‘space’ in the image in which it is possible to move around in time and perspective. His locations of cemeteries, pyramids and obelisks, all erected to commemorate and honour the dead, are of the past. Through the layering of images, a sense of energy is created leading to a passage/gateway between past and present, a connection between the living and the afterlife.

René Clement is a photojournalist and fine-art photographer. A native of the Netherlands, Clement lived and worked in New York before moving to Cairo in 2018. Since moving to Cairo Clement has focused on the Egyptian landscape. His ongoing series ‘I Feel The Earth Move’, is divided into portfolios: Passage, Transformer and Maadi Nights. In each Clement plays with collage and multiple layered images to visualise the passage of time in nature and the urban landscape.