A conversation with Felipe Romero Beltrán, Winner of the 2022 Aperture Portfolio Prize 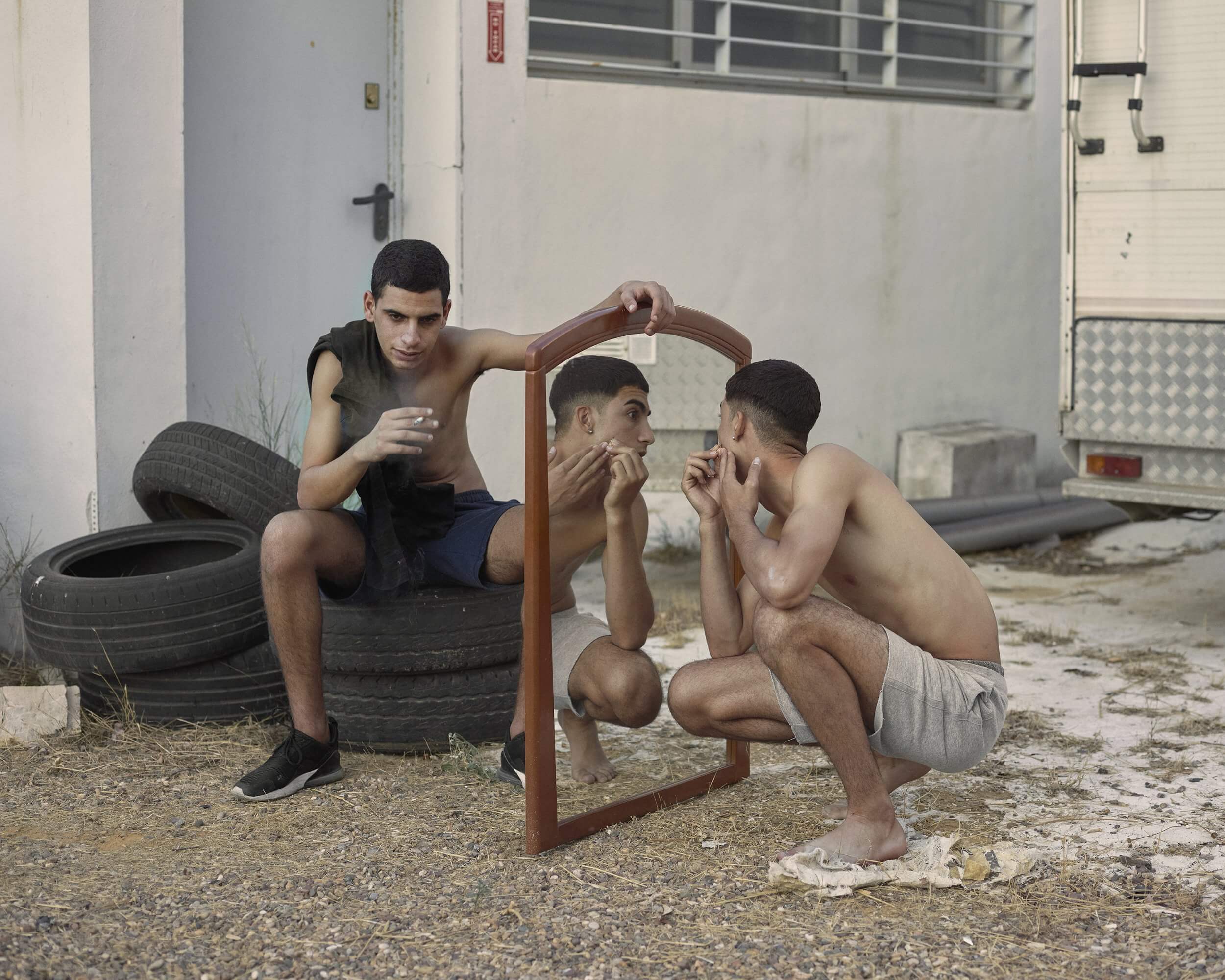 Felipe Romero Beltrán, Bilal and Youssef wait for the end of the day, from the series Dialect, Seville, 2020–22

Felipe Romero Beltrán, winner of the 2022 Aperture Portfolio Prize, will be in conversation with Brendan Embser, senior managing editor of Aperture magazine. Beltrán’s series Dialect, about young immigrant men navigating legal limbo in Spain, was chosen from more than one thousand submissions and will be published in the Summer 2022 issue of Aperture magazine. As part of the Aperture Portfolio Prize, Romero Beltrán will receive a $3,000 cash award and his photographs will be presented in an exhibition at Baxter St at The Camera Club of New York, July 27–August 27, 2022.

Felipe Romero Beltrán (born in Bogotá, 1992) is a Colombian photographer based in Madrid, Spain. Felipe focuses on social issues, dealing with the tension that new narratives introduce in the field of documentary photography. At the same time, he is currently preparing a PhD dissertation on photography at Complutense University of Madrid. His practice, characterized by its interest on social matters, is the result of long-term projects accompanied by extensive research on the subject.

Felipe Romero Beltrán’s series Dialect is about young immigrant men navigating legal limbo in Spain. As Kaelen Wilson-Goldie writes in Aperture, Dialect delves “into the routines, memories, and experiences of a small group of young immigrants who crossed into Spain from Morocco as minors and are living in a refugee center, awaiting the normalization of their legal status.” Comparing Romero Beltrán’s work to projects by leading artists, including Yto Barrada, Hassan Khan, and Bouchra Khalili, Wilson-Goldie also notes Romero Beltrán’s deep collaboration with his subjects: “Rather than presenting types, tropes, or tragic cases, Romero Beltrán’s images introduce viewers to the humorous quirks and wondrous specificities of Youssef, Hamza, Bilal, and other young men, named and almost knowable characters who, moreover, have a say in how the work is made and shown.”