A Question of Ice 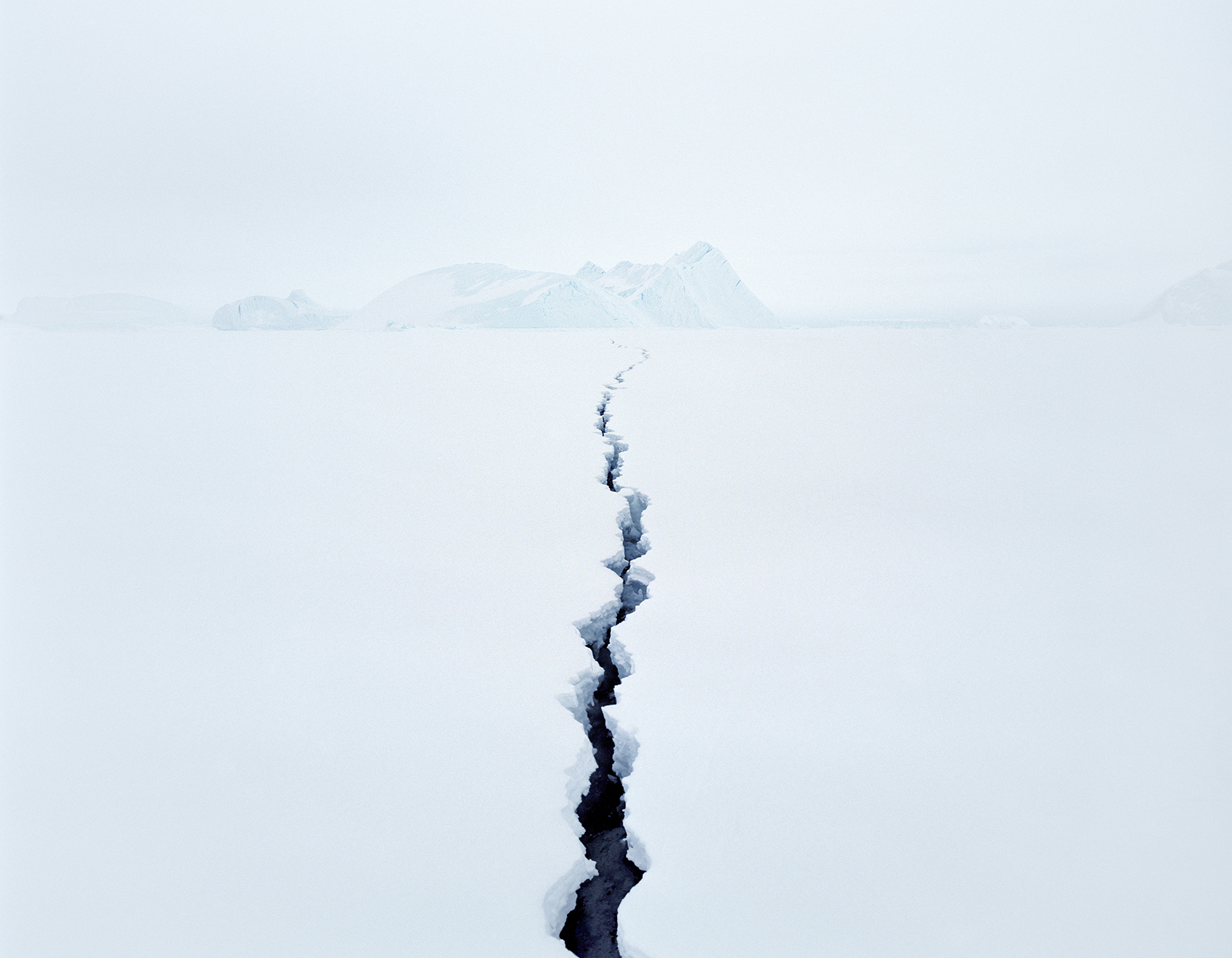 William L. Fox, Director of the Center for Art and Environment at the Nevada Museum of Art, discusses photography and ice with Daniel Schwartz and Jean de Pomereu.

Daniel Schwartz (Swiss, born 1955) studied Photography at the Zurich School of Art and Design [today Zurich University of the Arts] (1977–1980). From 1990 to 2005 he was a member of DU magazine’s editorial staff and a regular contributor to this Swiss cultural magazine (est. 1941). In 2017 he joined VII Photo Agency.

In 1987/1988 Schwartz became the first foreigner and photographer to travel along all known sections of the Great Wall of China to be reached (The Great Wall of China, Thames & Hudson, 1990; rev. edition 2001). His reportages in South and Southeast Asia deltas between 1991 and 1995 (Delta: The Perils, Profits and Politics of Water in South and Southeast Asia, Thames & Hudson, 1997) were an early photojournalistic investigation into the habitats endangered by the consequences of climate change that made him twice a finalist of the W. Eugene Smith Grant in Humanistic Photography (1993 and 1995).

From 1996 to 2007 Central Asia, including Afghanistan and Pakistan, was the focus of the book Travelling through the Eye of History (Thames & Hudson, 2009). In 2009 Schwartz returned to the subject of climate change and begun to document the global meltdown of glaciers, published as While the Fires Burn. A Glacier Odyssey (Thames &amp; Hudson, 2017). The project leads from the relics of Holocene glaciation in Switzerland into the milieu of the Anthropocene, to collapsing glaciers on three continents. The
glacier project was featured in the film Beyond the Obvious. Daniel Schwartz. Photographer (2018) about the artist’s life and work.

As a photographer, Daniel Schwartz has had numerous solo exhibitions (a.o. Kunsthaus Zurich, Zurich, 1986; Martin-Gropius- Bau, Berlin, 2011; Bündner Kunstmuseum [Grisons Museum of Fine Arts], Chur, Switzerland, 2018. Schwartz’s work has also featured in many group shows including at the Rencontres Internationales de la Photographie, Arles (1988), the Fotomuseum Winterthur (1997), the Venice Art and Architecture Biennales (1993 and 2004) as well as at the San Francisco Museum of Modern Art (2011). Forthcoming is a solo exhibition at the Kunstmuseum Lucerne in 2023.

Jean’s work has focused on Antarctica and the Polar Regions for nearly twenty years. He has visited Antarctica on many occasions, accompanying both artistic and scientific expeditions with the United States, New Zealand, Peruvian and Chinese Antarctic programmes. In 2006, he was the photographer for Lita Albuquerque’s Stellar Axis: Antarctica land-art installation, one of the most ambitious artistic project ever undertaken on the continent. In 2017, he took part in the ‘Antarctic Biennale’ expedition commissioned by Russian artist Alexander Ponomarev. Taken between 2002 and 2009, photographic series ‘Topography of Absence’, ‘Contours of Silence’ and ‘Sans Nom’ focus on the minerality and abstraction of Antarctic landscapes and have been widely exhibited.

As co-editor with Salto Ulbeek Publishers, Jean has overseen the publication and exhibiting of the first platinum-palladium prints and portfolios made from the original negatives of some of the earliest Antarctic photographers, including Frank Hurley and Herbert Ponting. These represent unique contributions to the preservation and contextualization of early exploration photography.

Following studies in photography and art history in Paris, Jean completed a Masters in Polar Studies at the Scott Polar Research Institute at the University of Cambridge, and a PhD in Historical Geography at the University of Exeter. His practice and research focus on two separate but intertwined questions: one is the visual culture of Antarctica, the other is the scientific and political history of the ice.

William L. Fox, Director of the Center for Art + Environment at the Nevada Museum of Art in Reno, Nevada, has variously been called an art critic, science writer, and cultural geographer. He has published sixteen books on cognition, art, and landscape and has researched and written books set in the Antarctic, the Arctic, the Himalaya, and the deserts of Chile, Australia, and the United States. His most recent book is Michael Heizer: The Once and Future Monuments.