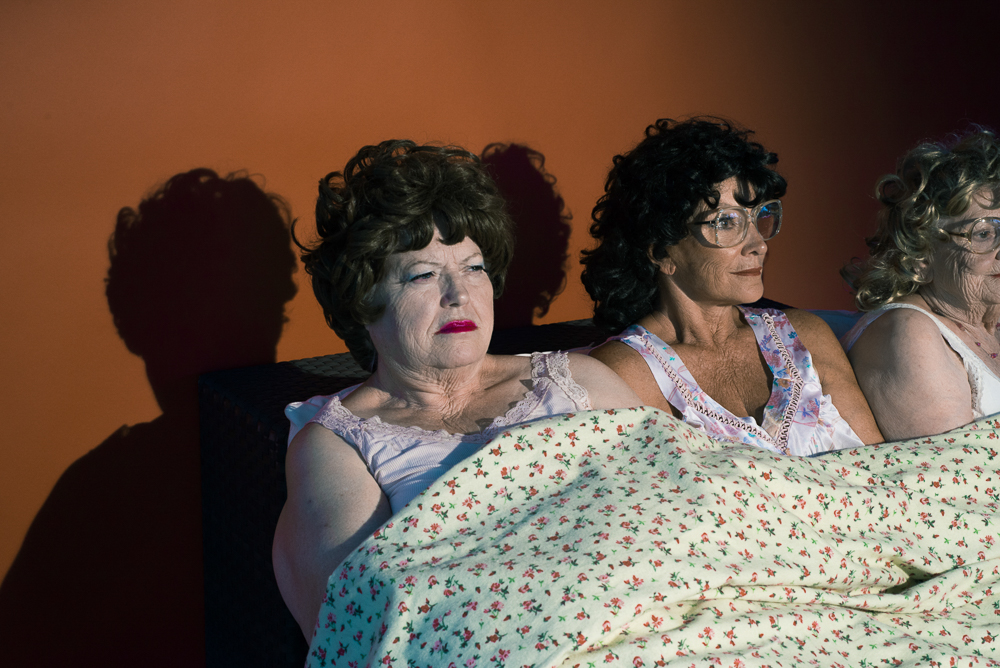 Image: Tania Franco-Klein, ‘Delusion’, from ‘Our Life in the Shadows’, 2016. © the Artist Courtesy ROSEGALLERY, Santa Monica

Join artist Tania Franco Klein for a special virtual tour of her studio in Mexico City.

Franco Klein’s innovative installations and evocative photographs cinematically replay the underlying anxieties of the digital age. The artist is a chronicler of contemporary life, often using her own self as a surrogate. In her self-portraits, the artist poses herself as various characters overwrought by emotional disconnection, media overconsumption, and the anxieties of an uncertain future.

In her colourful and cinematic tableaux, she comments on the over-saturation and unfulfilled promises of the American Dream. Since receiving the Photo London Artproof Schliemann Award as the best emerging artist during 2018 Photo London Fair, Franco Klein has continued to garner international attention. In 2019, her first solo exhibition in the U.S. at ROSEGALLERY, Proceed to the Route, was met with much critical acclaim.

Tania Franco Klein (b. 1990) started her photography praxis while gaining her BA Architecture in Mexico City, which took her to pursue her Master in Photography at the University of the Arts London.

Her work is highly influenced by her fascination with social behaviour and contemporary practices such as leisure, consumption, media overstimulation, emotional disconnection, the obsession with eternal youth, the American dream in the Western world and the psychological sequels they generate in our everyday life.

Franco Klein’s work has been reviewed and featured by international critique including Aperture Foundation, The British Journal of Photography, I-D Magazine (UK), The Guardian, Paris Review, Der Greif, Fisheye Magazine Vogue Italia and has been commissioned by clients like New York Magazine and Dior. Her work has been exhibited across Europe, USA and Mexico, and in 2018, she was the recipient of the Photo London Discovery Residency Award.

Read more about Franco Klein in our magazine.