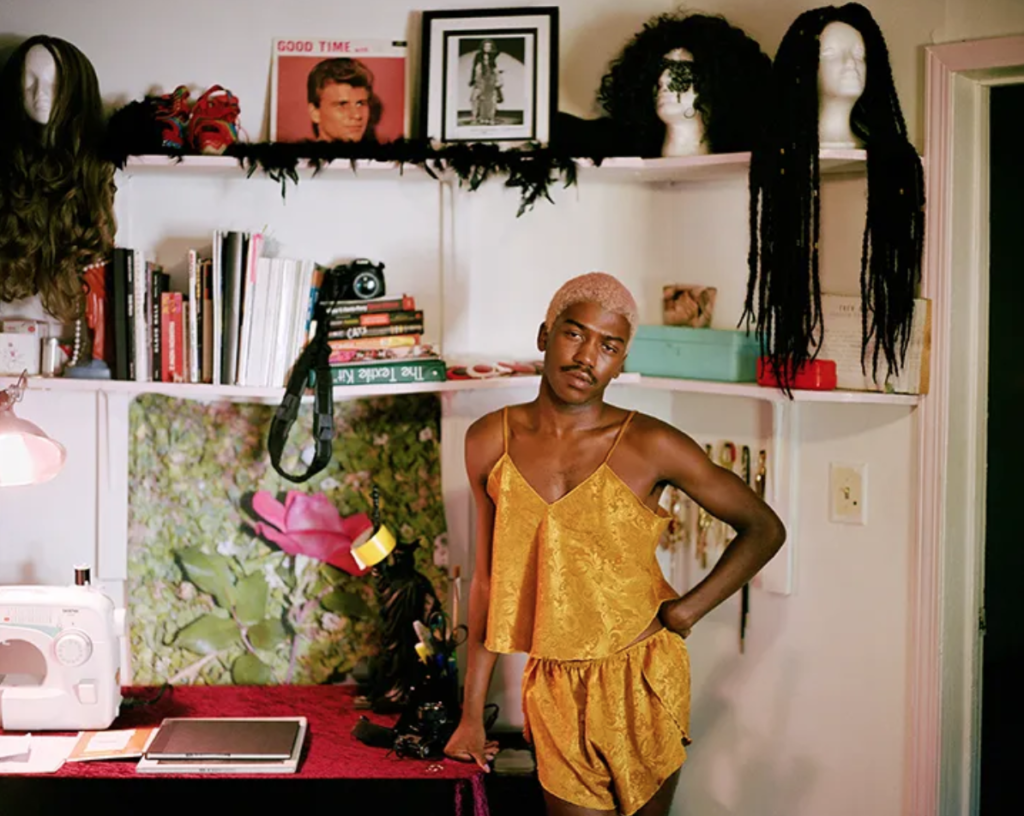 As the role of authorship continues to be debated in both the media and cultural space, in this panel photographers Ronan Mckenzie and Peyton Fulford, performer Haley Morris Cafiero and Magnum Photos Chief Operating Officer Fiona Rogers investigate and interrogate the use of the body within photography, exploring themes of objectification, identity and body politics.

Ronan Mckenzie is photographer, director and curator from Walthamstow, North East London. Ronan has worked with brands including Nike, Stella McCartney, Farfetch and ASOS, and publications including i-D, Vogue US and The Travel Almanac. She funded and curated an exhibition titled I’M HOME, which featured four black British female photographers and aimed to create a truly accessible art space. Ronan is currently working on a range of projects across a number of artistic disciplines and is planning to release the second issue of her publication HARD EARS.

Part performer, part artist, part provocateur, part spectator, Haley Morris-Cafiero explores the act of reflection in her photography. Morris-Cafiero’s photographs have been widely exhibited in solo and group exhibitions throughout the United States and abroad, and have been featured in numerous newspapers, magazines and online including Le Monde, New York Times and Salon. Born in Atlanta, she is a graduate of the University of North Florida, where she earned a BA in Photography and a BFA in Ceramics in 1999. Nominated for the Prix Pictet in 2014 and a 2016 Fulbright finalist, Morris-Cafiero holds an MFA from the University of Arizona in Art. The Magenta Foundation published her monograph, The Watchers, in 2015 and Fall Line Press published her second monograph, The Bully Pulpit, earlier this year. Morris-Cafiero is a Lecturer in photography at the Belfast School of Art at Ulster University.

Peyton Fulford is a photographer based in Atlanta, Georgia. She received a BFA in Photography at Columbus State University in 2017. With an emphasis on narrative portraiture, her personal work focuses on the documentation of queerness in the America South. Her photography has been shown worldwide in solo and group exhibitions including Labs New Artists II at Red Hook Labs and Photo Vogue Festival at Base Milano. Her work has been commissioned and featured in TIME Magazine, The New York Times, Getty Images, British Journal of Photography, among others. She is the recipient of the 2018 Firecracker Photographic Grant and finalist of the Inge Morath Award given by Magnum Photos.

Fiona Rogers has been working at Magnum Photos since 2005 and is currently the Chief Operating Officer responsible for managing the operations of the agency and designing and implementing strategies with the CEO. Prior to that, she was Magnum’s Global Director of Business Development, devising new business innovations and strategic partnerships. For over 10 years Fiona was the Cultural & Education Manager, conceiving and delivery international exhibitions and events and creating Magnum’s global Education department in 2006.

Fiona is also the founder of Firecracker, a platform supporting female photographers. In 2012, Firecracker launched an annual grant, offered to photographers to complete a long-term documentary photography project. In 2017 she co-authored the book Firecrackers: Female Photographers Now, featuring over 30 contemporary women practitioners, published by Thames & Hudson.